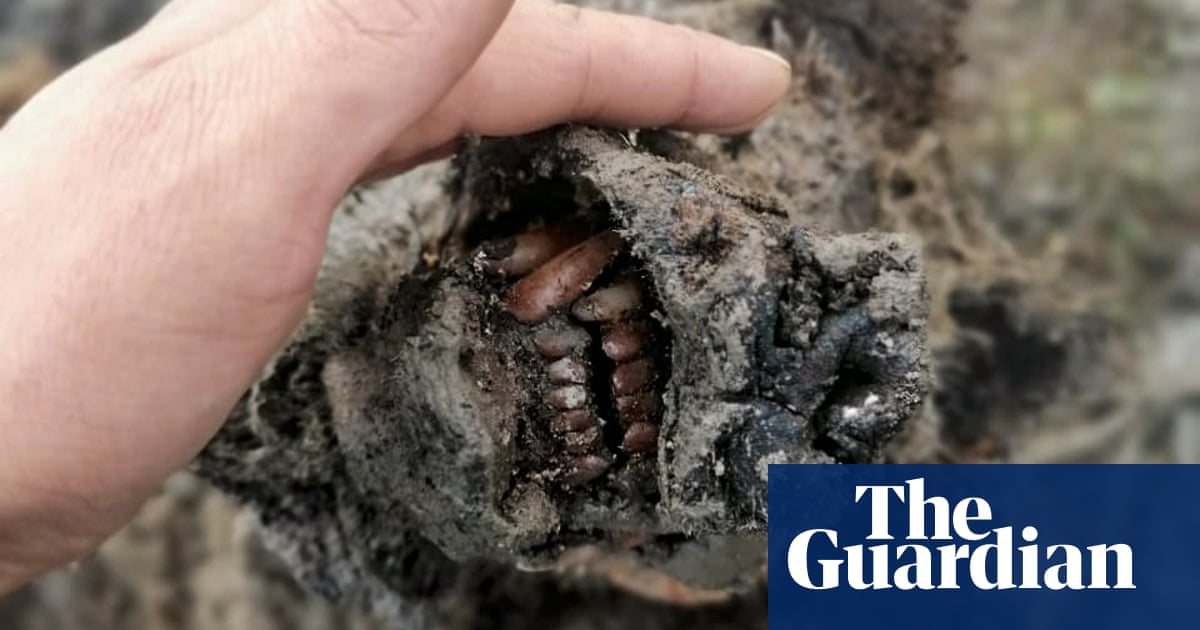 Herds of reindeer in a Russian Arctic archipelago have found an unmatched preserved carcass of an ice age cave bear, researchers announced on Monday.

The bear, revealed by the melting pemafrost, was discovered with its teeth on the Lyakhovsky Islands and even on its nose. Previously, scientists were only able to discover the bones of cave bears, which went extinct 15,000 years ago.

The bear’s head is showing its entire jaw and teeth. Photo: AP

Scientists at the North-Eastern Federal University of Yakutsk found the major center for research into woolly mammoths and other prehistoric species as groundbreaking.

In a statement released by the university, researcher Leena Grigorieva stressed that this was the first discovery of an entire cave bear carcass, including soft tissues.

“It’s fully protected, with all internal organs in place, even including its nose,” Grigorieva said. “This discovery is very important for the whole world.”

A preliminary analysis indicated that the adult bear lived between 22,000 and 39,500 years ago.

“Radiocarbon analysis is necessary to determine the exact age of the bear,” the university quoted researcher Maxim Cheprasov.

The carcass of the bear was found by reindeer herds on Lyskowski Island, the largest Bolshoi island in the Lyushowski Islands, which are part of the New Siberian Archipelago, which lies between the Laptev Sea and the East Siberian Sea.