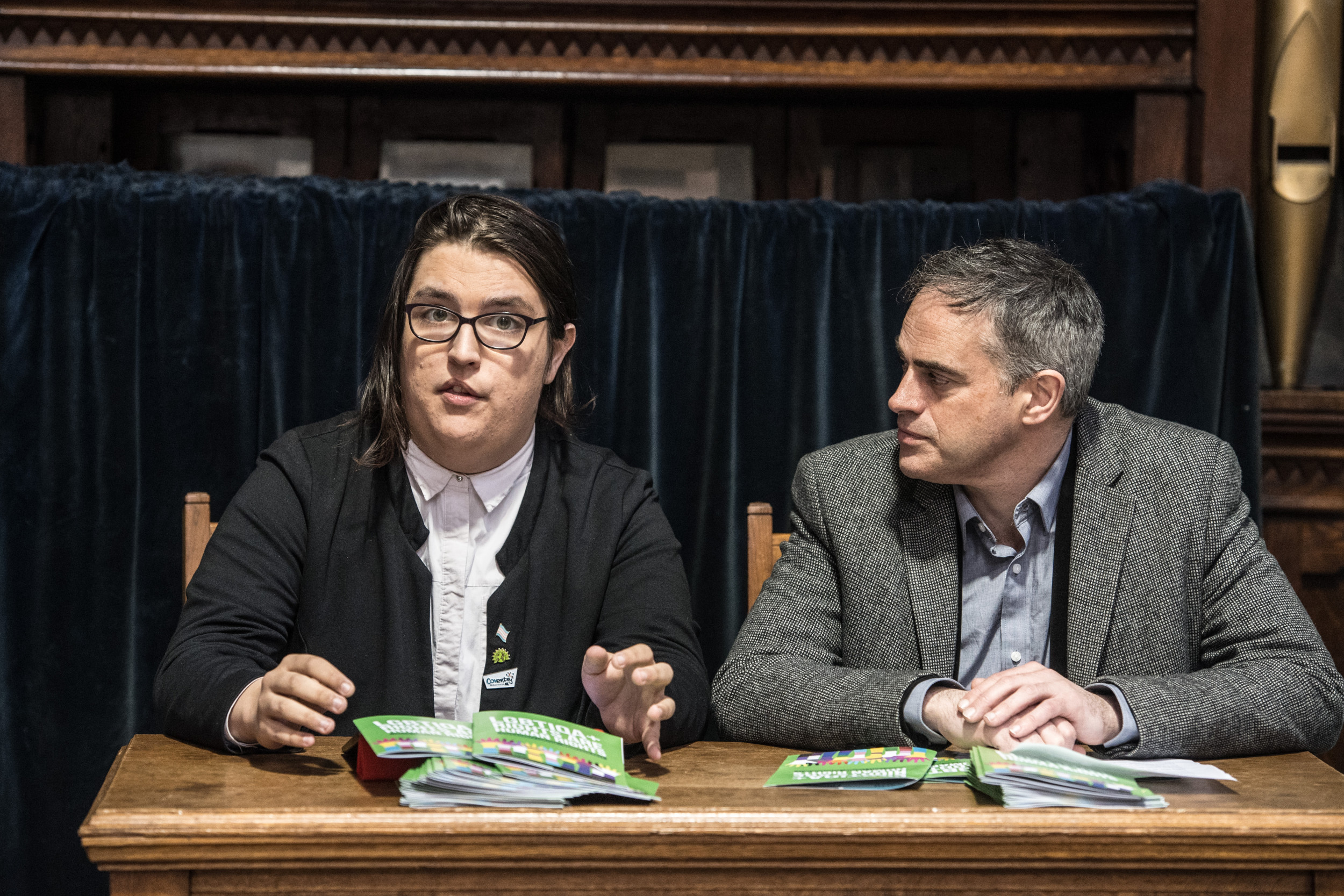 A Reddit employee whose hiring caused a wave of communities to go private this week is no longer with the company, confirmed CEO Steve Huffman.

Hundreds of communities went private this week in protest at the employment of a former UK politician named Aimee Knight, formerly known by the surname Challenor, who was recently hired as an administrator by the popular messaging platform.

“The employee in question is no longer a Reddit employee,” Huffman said in a post Wednesday explaining Reddit’s perspective on the situation.

Many of the subreddits that were shut down had over a million members, including r / apple, r / Music, r / HistoryMemes, r / pokemongo, r / PrequelMemes, and r / Cringetopia.

Knight, 23, was suspended by the UK Green Party in 2018 after it emerged that her father, David Challenor, was appointed as Knight’s election agent despite having been previously charged with multiple serious sex crimes, which They include indecent photography, false imprisonment, rape, and sexual abuse. assault on a child in November 2016.

An investigation found that Knight appointed David Challenor as his election agent in both April 2017 and mid-2018. In August 2018, David Challenor was found guilty and sentenced to 22 years in prison and was formally expelled from the party.

In 2019, Knight was suspended by another political party, the Liberal Democrats, after her partner, Nathaniel Knight, allegedly shared sexual fantasies with children online. Knight has maintained that the Twitter account used to share the posts has been hacked.

The controversies spread to Reddit this week after a moderator from the popular r / ukpolitics community shared an article that mentioned Aimee Challenor by name, apparently activating the website’s anti-doxxing protection for her employee.

The article was removed and the moderator banned, sparking a massive outcry to erupt in solidarity against suspected censorship or excessive moderation of the page. Mods for the political channel argued that no private personal information was disclosed.

The moderator has since regained his account, but not after the page was voluntarily turned private to investigate what had happened to the ban.

The r / ukpolitics team said in a statement: “We took this step to protect both subreddit users and ourselves from future actions by Reddit admin staff. It became clear that Reddit has hired this person. as a Reddit administrator. ” and they prohibited people from talking about their past to protect their employee from harassment. “

According to her website, Knight married her husband on December 12, 2019. She has since left the United Kingdom for the United States, apparently around February of last year.

Some users suspected that Knight needed greater protections because, as a transgender woman, she has faced abuse and harassment online.

Huffman admitted flaws in the hiring process and continued, “We built a relationship with her first as a mod and then through her work as a contractor at RPAN. [Reddit Public Access Network]. We do not adequately screen your background prior to formally hiring you.

“We have made a significant effort to improve the way we handle doxxing and harassment, and this employee was subjected to both. In this case, we over-indexed protection, which had serious consequences in terms of enforcement actions.”

He confirmed that the news article about the employee was shared on March 22, forcing the removal of the moderator under the website’s broader anti-doxxing rules.

Huffman said in his post: “Mentioning the name of a public figure shouldn’t get you kicked out. We deeply care for Reddit and appreciate that you do too. We understand the anger and confusion about these issues and their broader implications. The employee is no longer with Reddit, and we will develop a number of relevant internal policies. We do not operate to our own standards here. We will do our best to make it better for you. “