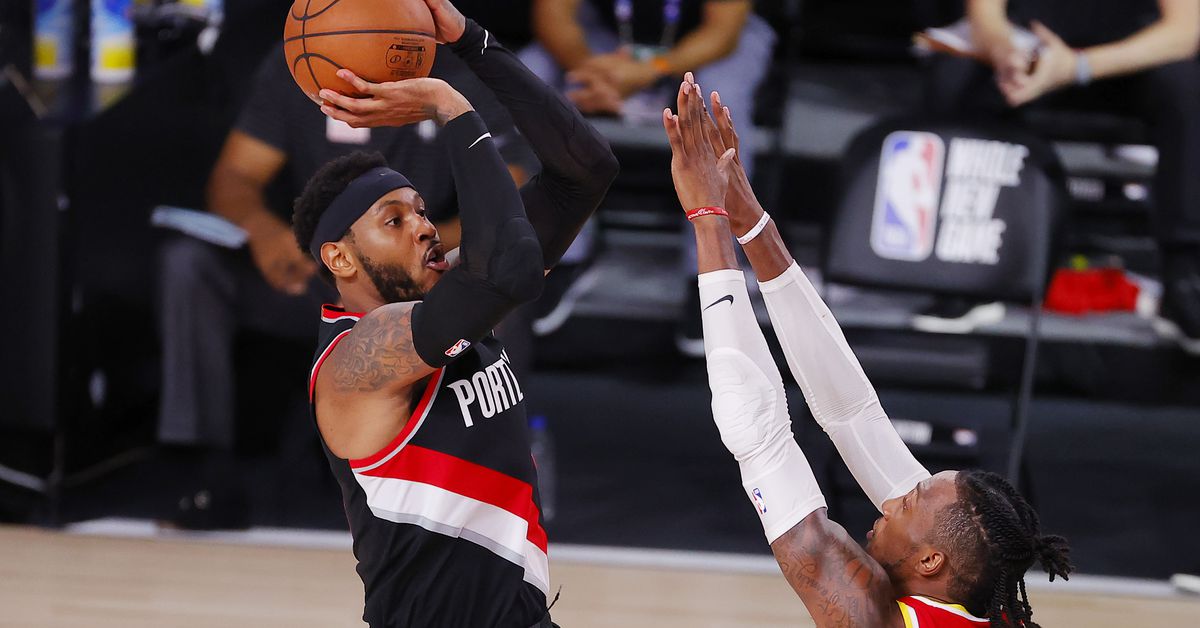 Needing every win they could get, the Portland Trail Blazers took a crucial grind on Tuesday night, beating the Houston Rockets 110-102 to reach the stretch.

With the win, Portland improved its record resume to 2–1 and survived the race to the playoffs.

Damian Lillard and CJ McCallum finished with 21 and 20 points respectively, while the defense held Houston’s pair of James Harden and Russell Westbrook to just 38 points.

On Tuesday, the Blazers scored their first major lead against the Rockets. Part of that success came just to hit shots while Houston did not shoot as well as Boston did on Sunday.

Building and maintaining a lead allowed Portland to slow down the game and the luxury of playing in its own tempo. When they can do this, it becomes easier for players like Carmelo Anthony and Jusuf Nurkic to develop into a game and do what they do: separate the defense and score.

After six games in Orlando, we can begin to understand some patterns in the Blazers’ game.

Once again, Zach Collins struggled with some first-half dishonesty. He picked up his second foul with 3:30 to go in the first quarter and his third possession before halftime. The Blazers need him in the game, and when a few calls are dealt, he has to find a way to control his foul numbers as his defense for Portland affects the game.

And what about Gary Trent Jr.?

Trent continued his incoming party against the Rockets. He led the team with 13 first-half points and finished with 16. His first-half contribution was crucial, helping the Blazers to a halftime lead with Lillard finishing with the opening four points in 24 minutes.

The Blazers’ first two “regular season” games in the bubble hit the wire and Tuesday night’s game was no exception.

Portland led for most of the night, even more than 13, but Houston tested the resolve of the “home” team in the final minutes.

Some free throws and turnovers were missed down that were equal to the cost of Portland’s game, but unlike Boston, the Blazers were able to close the game due to some time shots.

The Blazers need every win they can get, and the way to find the past of a talented Houston Rockets team is in the form of massive postson looms.

Portland comes to court again on Thursday when they take on the Northwest Division rival, the Denver Nuggets, at 5pm PT on Thursday evening.