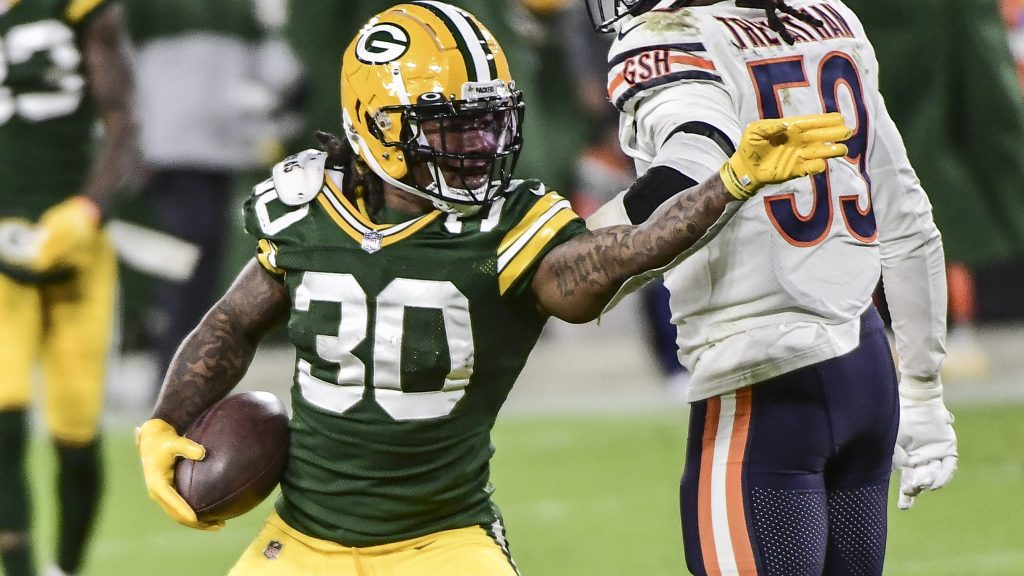 Green Bay Packers running back Jamaal Williams has an expiring contract and an uncertain future with the team that drafted him in 2017, but there is no question where he would like to spend the rest of his NFL career.

Williams told “NFL Now” on NFL.com that he loves Green Bay and would rather stay with the Packers long-term.

“I’m thinking about free agency, but I’d love to be a Packer my whole life if I could,” Williams said. “They gave me my first chance. I love Green Bay. It’s a great place to be. “

Williams also recognized the business side of the equation and said he’s ready to test free agency if the Packers don’t extend an offer.

“But you know, things happen. If things don’t happen, then I’m ready to jump into free agency and show my skills to any team that’s willing to take a chance with me. I’m ready to go, man. I’m ready to play, have fun, be myself, just bring my spark to whatever team is willing to give me that opportunity, “Williams said.

A BYU fourth-round pick in 2017, Williams has played his entire career with the Packers, appearing in 60 of 64 possible games with 20 starts. He has gained 2,946 total yards, including 1,985 rushing yards, and scored 18 total touchdowns.

Williams has rushed at least 400 yards and gained at least 600 total yards in each of his first four seasons.

Teammates and coaches love Williams’ energy as a person and versatility as a player.

The Packers are currently tied by the salary cap and may allow Williams to test the open market before making a real effort to bring him back to Green Bay.

There are other decisions to be made as well.

Last May, fellow running back Aaron Jones, who is also slated to be a free agent, said he would love to be a “Packer for life.” The team has yet to rehire Jones, the starter and the other half of a productive and effective running duo over the past several seasons.

The Packers selected AJ Dillon in the second round of last year’s draft, likely as a replacement should Williams or Jones leave in free agency.