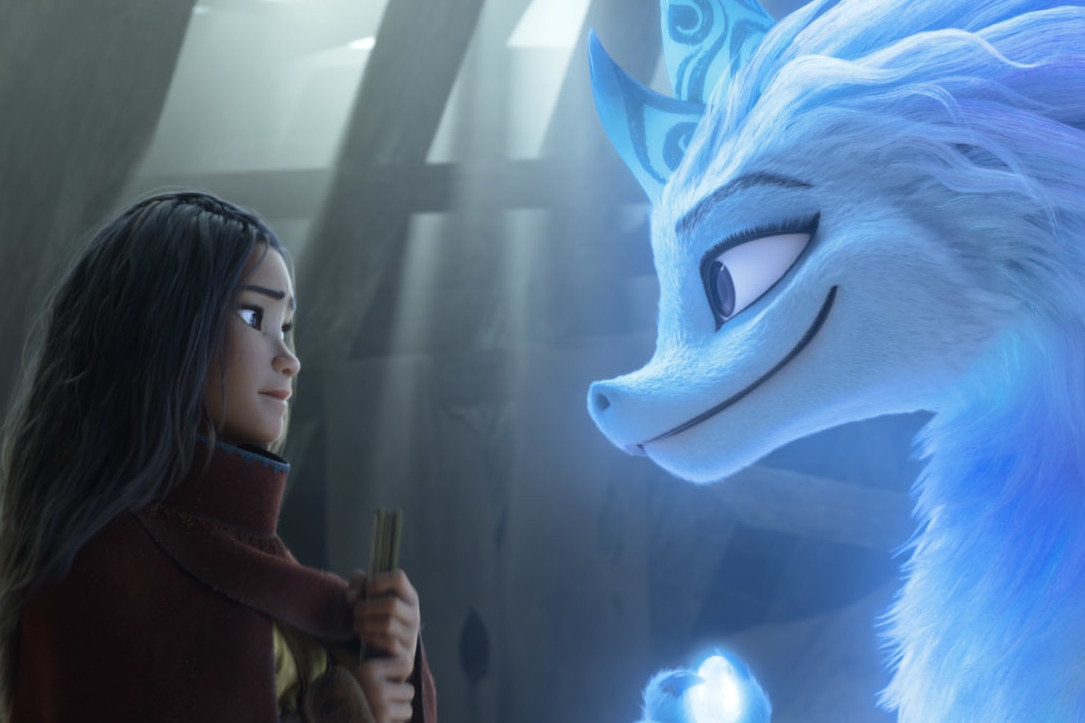 When Disney + released “Raya and the Last Dragon” for premium access streaming on Friday, I had mixed feelings before watching it, given Disney’s track record of treating women and world cultures in its animated features.

Would there be consent issues, like in the early days of Disney animated films, when Snow White and Sleeping Beauty kissed in their sleep to “save” them? Would someone be a prisoner only to see their captor’s heart of gold and fall in love with him, as Beauty did with the Beast? Would white American actors provide voices for characters with whom they have no cultural connection, as was the case with both child and adult Simba?

“Raya” takes place in a land that was once Kumaandra, a peaceful and prosperous country inspired by the countries of Southeast Asia. He was besieged by a plague, called Druun, which is a faceless force that turns people to stone. The druun takes over so much of the world that with humanity at stake, the last dragon concentrates his magic, creating a dragon gem powerful enough to push the druun back wherever he comes from.

“It should have been this great moment of inspiration, where humanity came together for their sacrifice, but instead, being people, they all fought to possess the last remnant of dragon magic,” says Raya. “Borders were drawn, Kumaandra divided, we all became enemies.”

I don’t think Disney intended to release a film about a pandemic ripping apart a society in a world besieged by a pandemic and in an intensely divided people, but here we are, living with COVID-19, criticizing others incessantly for everyone else mishandling the situation.

The film exists in a fantasy world, but it touches very closely what we are going through at the moment.

“If we don’t stop and learn to trust each other, it’s only a matter of time before we part ways,” Raya’s father tells him. “This is not the world I want you to live in.”

This world in its current state is not one I want to live in, nor is the remains of Kumaandra, but there is something comforting about the film. I used to watch Disney animation made by Walt Disney’s “old nine” team and not question whether its content was harmful. I saw this movie backwards. But it feels different than some of the other Disney movies.

“Raya” hired Kelly Marie Tran, a Vietnamese American, as the lead actress, and employed screenwriters who are part of the cultures the film depicts. Disney also employed enough cultural experts for the credits to have a “Southeast Asia Story Trust” section and worked with groups like Laos Angeles, which describes itself as “a Los Angeles-based progressive and inclusive movement that highlights those who they identify with any of the more than 160 ethnic groups in Laos ”, and the Academy of Khmer Arts.

Early critics have pointed out that the film primarily uses East Asian actors from China and Korea, and not Southeast Asia. But some have also said that the representation they see in the film still feels like a good move.

“‘Stripe and the Last Dragon” is so much more than the latest Disney movie, at least for me, “Justine Calma wrote for The Verge on March 5.” It’s true that I’m not even a huge Disney fan. But somehow thanks to Raya, there is a little girl in me who finally feels seen. “

Watching this movie, I felt the joy of Disney animation in a way that I hadn’t since I was a kid. All I could think of, seeing it the morning of its release, was “this feels good.”

It doesn’t just look visually stunning, or it just has the right character mix of empowered women, empathetic men, and lovable creatures. Not only does it have such realistic animation that it sometimes seems real. More importantly, it has the kind of story I really needed to hear after a year of living in a pandemic hell, where my own country seems more divided every day and the goodwill between us is at what feels like an all-time low. , at least in my life.

What hit me so hard isn’t just that Disney accidentally made the perfect pandemic movie. It’s also that Tran appears to be doing well, who experienced intense backlash and scrutiny from the Star Wars fandom when she appeared as Rose Tico in “Star Wars VII: The Last Jedi.” The opening scene of “Raya and the Last Dragon” even echoes some sort of “galaxy far, far away” imagery, when all we see is a barren landscape and Raya riding through it.

“I know what you are thinking,” he says. “A lone rider. A dystopian world. A land that has been wasted. “

It’s almost as if the scene is a nod to the hellish experience of Star Wars and Tran, one that led to her abandoning social media and writing a powerful New York Times article about what happened. One that Disney could and should have protected her and the other actors of color in the movies from, as Star Wars co-star John Boyega told Variety.

Tran in this film plays a powerful woman, not one who is given special powers like Mulan, nor one who needs a prince to save her. She is a normal person, with wit and heart, who tries to make a difference. With, of course, a dragon by his side.

The mission is to save the world, but it’s really about forgiving each other for what they consider unforgivable and reaching out to the enemy, even with fear of danger or retaliation.

“There is still light in this,” says Raya’s father. “There’s still hope.” He’s talking about the dragon gem, but all he could think of was Amanda Gorman’s poem during the inauguration of President Joe Biden. “Because there is always light, if we are brave enough to see it,” he read. “If only we are brave enough to be.”