May 25, 2019 Others Comments Off on Rare forms developer shares new details about Conker's canceled sequel 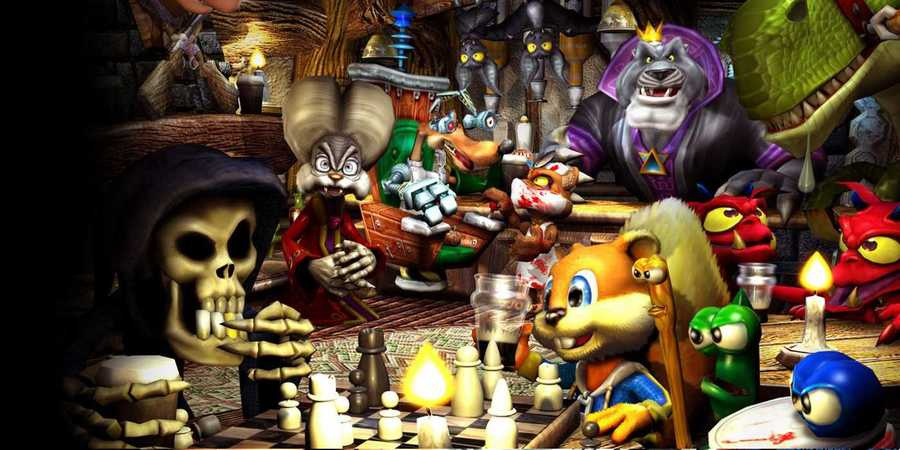 Conker's Bad Skin Day The designer Chris Seavor has returned to twitter To share new details about the sequel that never saw the light of day. Long before the open world multiplayer game. Sea of ​​thieves, Rare had plans for a direct follow-up of the original and mature release of Conker on the Nintendo 64.

According to the design documents, the bad day of Conker should be picked up from where the first game ended. The idea was to divide it into four separate parts, with three subplots and a story about Berri.

The starting point destined to show a conker of miserable aspect recognized as the Emperor of the Known Universe, before the initial chapter reviewed a previous period in time, before the end of the post credits of the first game. The second chapter would continue with the return of the Panther King, who would make a deal with Death and exchange the bodies with Conker to return to the land of the living like a much darker squirrel.

In the third chapter, Conker ends up escaping from The Basement, after killing Death with a group of cats and banishing King Panther. From here, Conker returns to his throne and begins planning a royal wedding with his new love interest, Rabbit Bunni. When the final credits begin to roll, the castle begins to shake and Conker shouts at the programmers to "stop the credits" as he rushes to the window to investigate.

In addition to this, Seavor also shared a lot of design documents that detail the different worlds of the game, including an illustration of Conker's new friend. Finally, the basic structure of the game was uploaded and a little more information about how most of the levels would have been parodies of movies, cult television shows and video game themes.

So, now that you know how Conker's Other Bad Day would have developed, what are your thoughts? Tell us below.