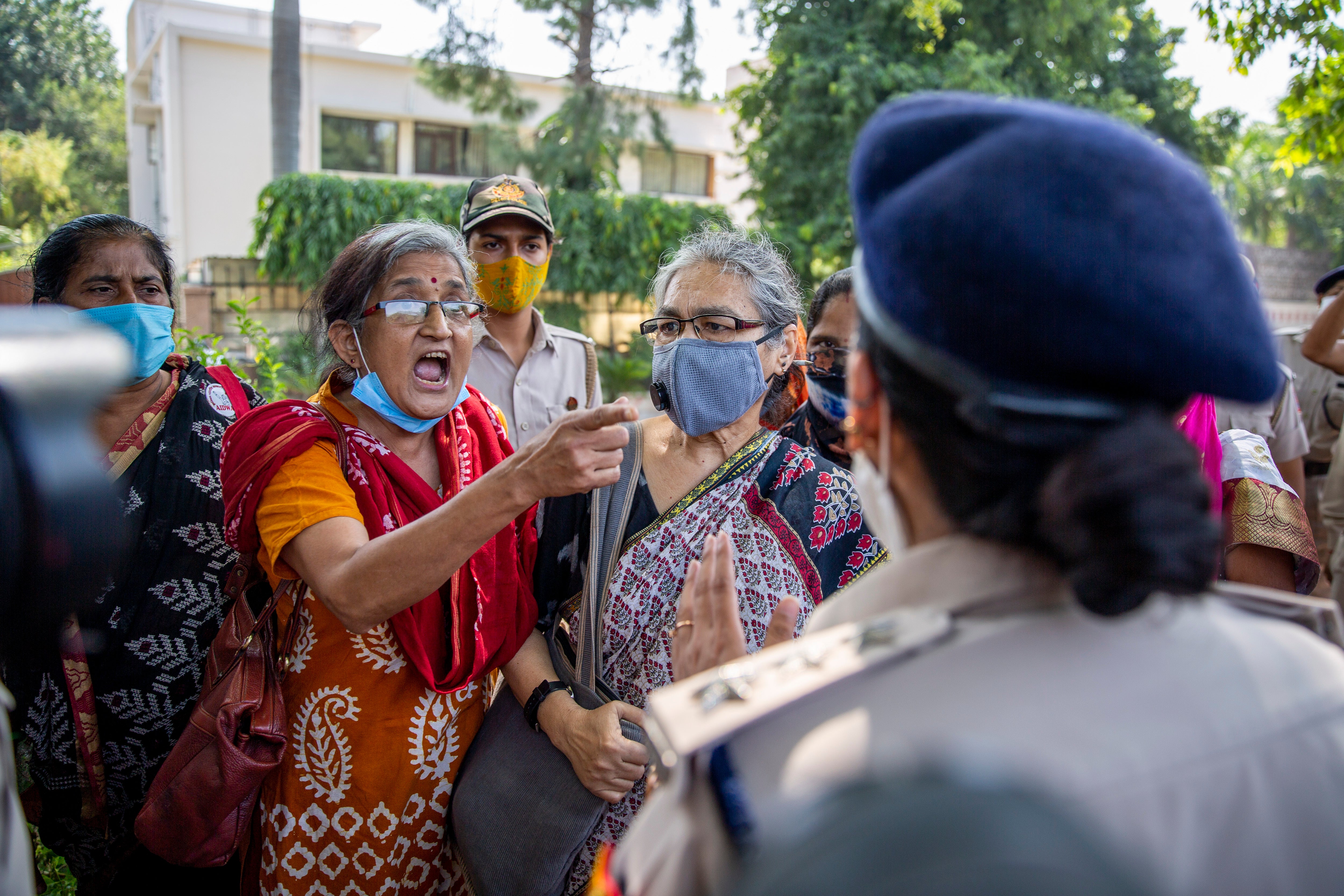 New Delhi – The gang-rape and death of a woman, the lowest rung of India’s caste system, caused uproar across the country on Wednesday, with many politicians and activists demanding justice and protesters’ rallies on the streets.

The 19-year-old woman’s attack is the latest gruesome case of sexual violence against women in India, where reports of rape are familiar.

The victim, who belongs to the Dalit community, was raped by four men. The woman’s family told local media that they found her naked, bleeding and paralyzed at a farm outside her home with a split tongue and a broken spine. He died two weeks later on Tuesday after battling serious injuries at a hospital in New Delhi.

Police said that all four people of a high caste have been arrested.

Uttar Pradesh Chief Minister Yogi Adityanath on Wednesday ordered a special investigation team to handle the case and said it would be produced in a fast-track court.

In New Delhi, police arrested several women activists in an attempt to march on the road shouting slogans against Adityanath and Prime Minister Narendra Modi. The protesters wrote that “stop the rape culture.”

Maimuna Mulla of the All India Democratic Women’s Association said that Uttar Pradesh, ruled by Modi’s Bharatiya Janata Party and the most vulnerable state for women in the country, has become India’s “rape state”.

“We do not accept rape culture in the name of New India,” Mulla said.

The memorandum issued by the Indian authorities states that 86-year-old, Botan, rapped

Earlier on Tuesday, hundreds of Bhim Army protesters, a party for the rights of Dalits, created a ruckus at the hospital premises in New Delhi and lashed out with the police. Party leader Chandra Shekhar Azad demanded floods on the streets from Dalits across the country so that the culprits could be hanged.

Dalits – formerly known as “untouchables” and at the bottom of India’s unrighteous Hindu caste hierarchy – are subjected to thousands of attacks every year. According to human rights organizations, Dalit women are particularly vulnerable to caste-based discrimination and sexual violence.

Last month, a 13-year-old Dalit girl was raped and murdered in Uttar Pradesh. In December last year, a 23-year-old Dalit woman died after being kidnapped by a gang of men in the same state as she made her way to court to press charges of rape. Both cases are pending in court.

In the latest case, hasty cremation was questioned, with many politicians calling it a human rights abuse.

The woman was cremated early Wednesday, with the family alleging that the police did not allow her to be cremated. Videos on social media show the family crying as police insist on cremating the body without permission to take them home.

In India, rape and sexual violence have been in the news since the 2012 gang rape and murder of a 23-year-old student in a New Delhi bus. The attack sparked massive protests and led criminals to build fast-track courts dedicated to rape cases and harsh punishments for those convicted of the crime.

In March, four people were sentenced to death for the 2012 attack.

According to government data, in a country where a woman is raped every 15 minutes, Indians are fast rallied for justice and punishment is delayed by backlogged courts.

According to the government, the police registered 33,658 cases of rape in 2017 – an average of 92 per day and a jump of 35% from 2012. About 10,000 of the victims were children in the report. The stigma of sexual violence is believed to be far higher than the actual figure.