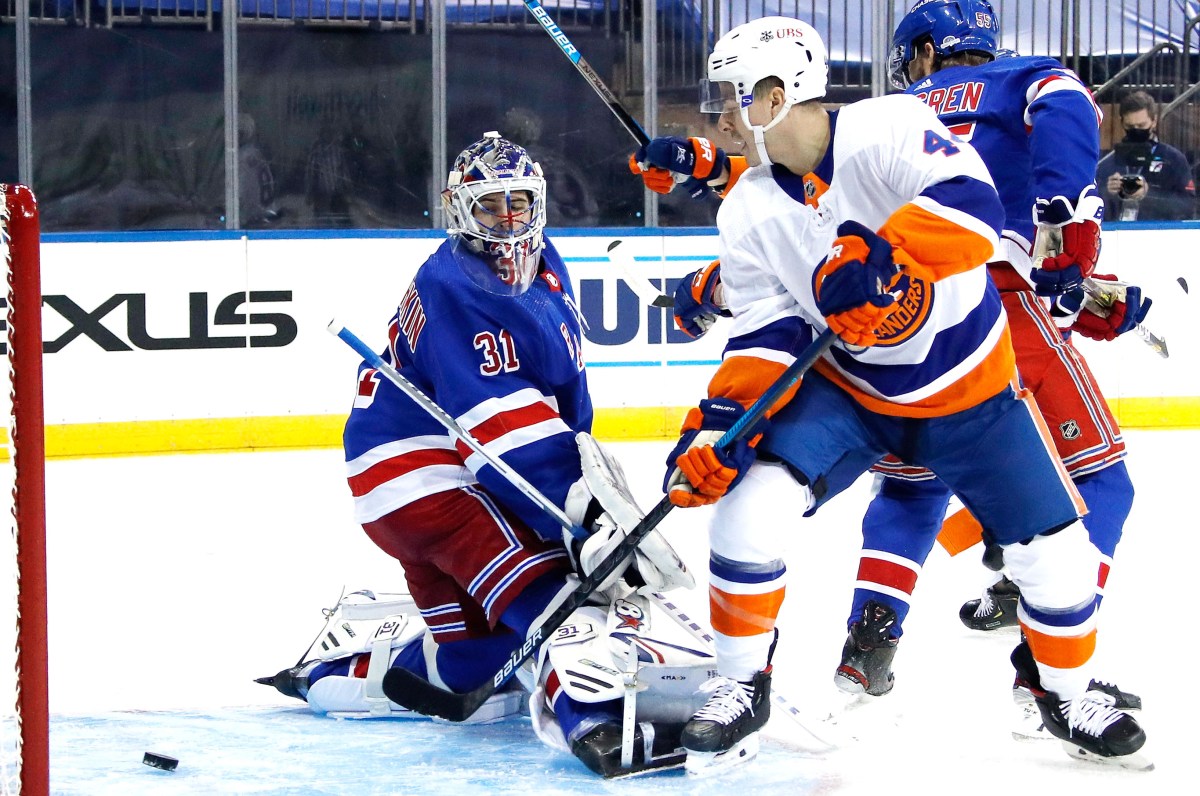 The Rangers opened the 2020-21 season sprint Thursday night against the Islanders – and they already appear to be shoveling the shin.

You know, pain shoots along the calf bone that when there is a sudden increase in physical activity and there is an excess of muscle. The Rangers must have felt as stinged as they were 4–0 at Madison Square Garden in their first eight meetings with the Islanders this season.

The Rangers have said they do not want to be defined by their three unusual losses in the Toronto bubble for the past three months, but they are sure to look a lot like the same team that was overrated, excluded and outmaneuvered five months ago.

The Islanders, on the other hand, look like a team ready for their finals match last season.

There may be just three rookies on the ice for the Rangers, but the rogues’ mistakes were amplified throughout the lineup. The Rangers shorthanded themselves eight times, took three penalties in the opening 20 minutes and trailed 3–0.

This first game is a small sample size for the Rangers to come. But if the first period was an indication of how this young squad stacks up against the rest of the East, then their sprint became completely difficult.

Rookie netminder Igor Shastrin was lit for four goals on 33 shots, one or two of which he would surely like to return on his first opening night. Samson Varlamov hit an Islanders jersey and his third century in the 28th innings of his career, facing all 24 shots.

The Rangers were on their heels with a drop of a dumplings after Ranger Johnson, in his first game in a red and blue sweater, was called upon to be caught early to keep the Islanders at manners-advantage.

Brock Nelson started things for Isle, burying one from the slot at 2:33 for the first goal of the season for the Islands.

K’Andre Miller turnover left Sister to dry just a minute later and Islanders captain Anders Lee converted a two-on-one run at a score of 2–0. Matthew Barzel later made it 3–0 after circling around Tony DeAngelo.

The miscreants’ faults just kept coming up, as Alexis Lafreniere played a change-up puck and the Rangers were called for a lot of guys on ice.

The Rangers flanked the ice in the second period and had enough time in the offensive zone, but their crowd-crease tactics fell short each time. Lafreniere then scored his second penalty of the night when he was called for hooking at 14:13, which led to Jordan Eberley scoring the power-play goal 50 seconds later.