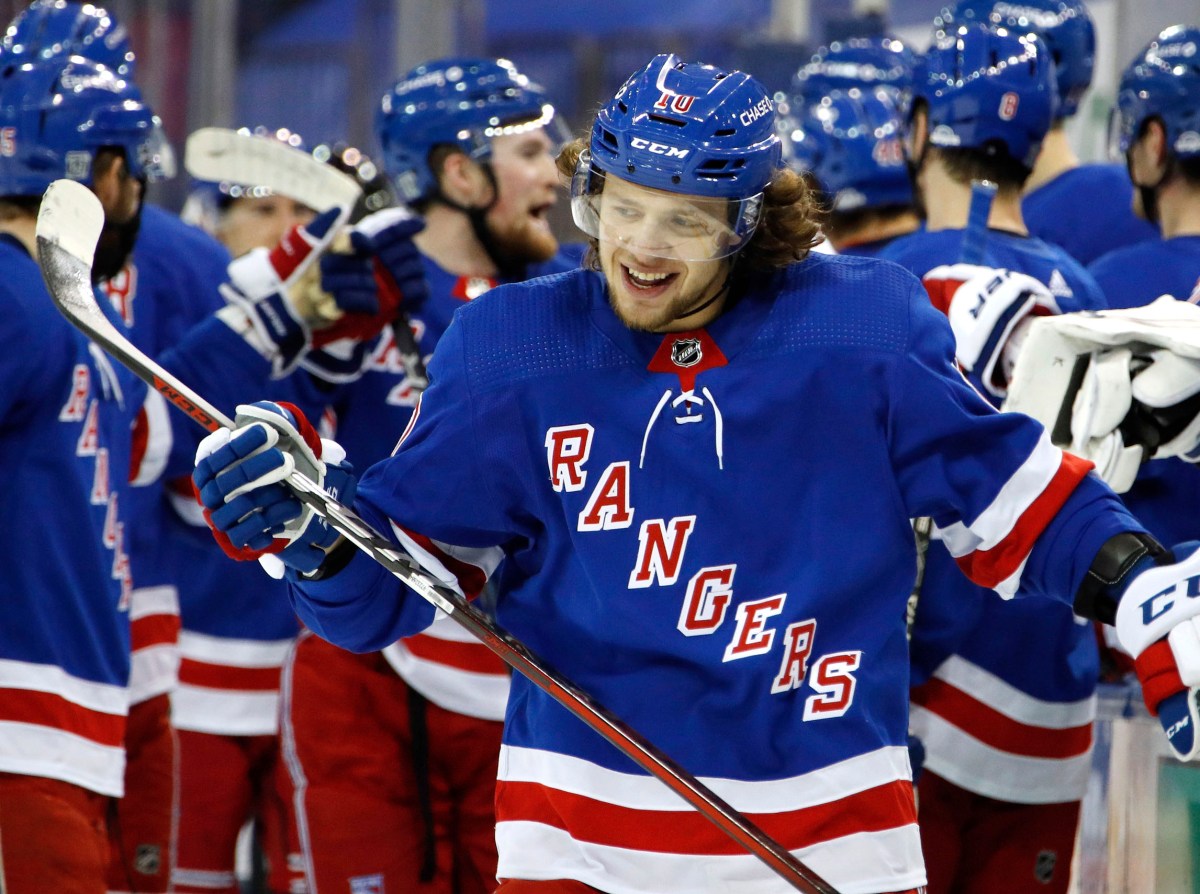 The Rangers flip the script quite literally.

After a two-season first season-opener against the Islanders, the Rangers retaliated and continued their performance with a 5–0 shutup performance with Barry Trotz & Co at Madison Square Garden on Saturday night.

The Rangers – with a 4–0 defeat, in which head coach David Quinn questioned their effort – ultimately showed up for the 2020-21 season. Even with his second highest-paid defenseman, Tony DeAngelo, punished in the first game due to an undisciplined demeanor in the clothes on the road, the Rangers looked like teams that had their attention in training camp The coaching staff was the focus.

The effort was there. There were smart passes. Ranger was there.

Behind two goals from Pavel Buchaniewicz and Artemi Panarin, the 1-1 Rangers got the expected boost from their top line. Alexander Georgiev scored his fifth century of his career, a 23-goal lead in the win.

The Islanders got an early omen, their night was not good when goalkeeper Simeon Varlamov took a puck by the throat in the warmup and had to leave the ice, throwing the Russian valdike Ilya Sorokin without warning at the start of the Russian encounter.

The Rangers quickly piled on shots, coming out with a 2–0 first-period lead. Mika Zibanezad opened the scoring, stealing the puck from Islanders defenseman Noah Dobson, as he found Buchaniewicz on a 2-on-1 rush at 2:12.

The Islanders defense took a hit shortly after when Ryan Pullock shot Jacob Trouba on the side of the head and immediately went into the locker room. But Pulak returned at the beginning of the second period.

Brendan Smith intercepted a pass and hit a fiery Panarin, who gave the Rangers a 2–0 lead at 13:46 to punch Soracoin, and effectively scored the first of his three goals in Thursday’s loss. Period breakdown was put behind them. .

In the second period, the Islanders were hit with multiple penalties, including two over Matthew Barzal. After Scott Mayfield tangled with a lineman, Buchaniewicz lifted the puck up and ripped a hard-angled shot from the left dot to make it 3–0 early in the second.

The Philippe de Giuseppe-Philippe Philippe-Capo Caco line forced a turnover later in the period, while Caco closed it at one-timer at 15:24 of the second.

The Islanders fared better in the third period, keeping time in the Rangers zone and taking two shots from the post in the final two minutes, but the Rangers dominated the entire time.

After Ross Johnston was penalized for fighting Ryan Lindgren and Troba, Pennarine cleared the trash on the power play to end the scoring.