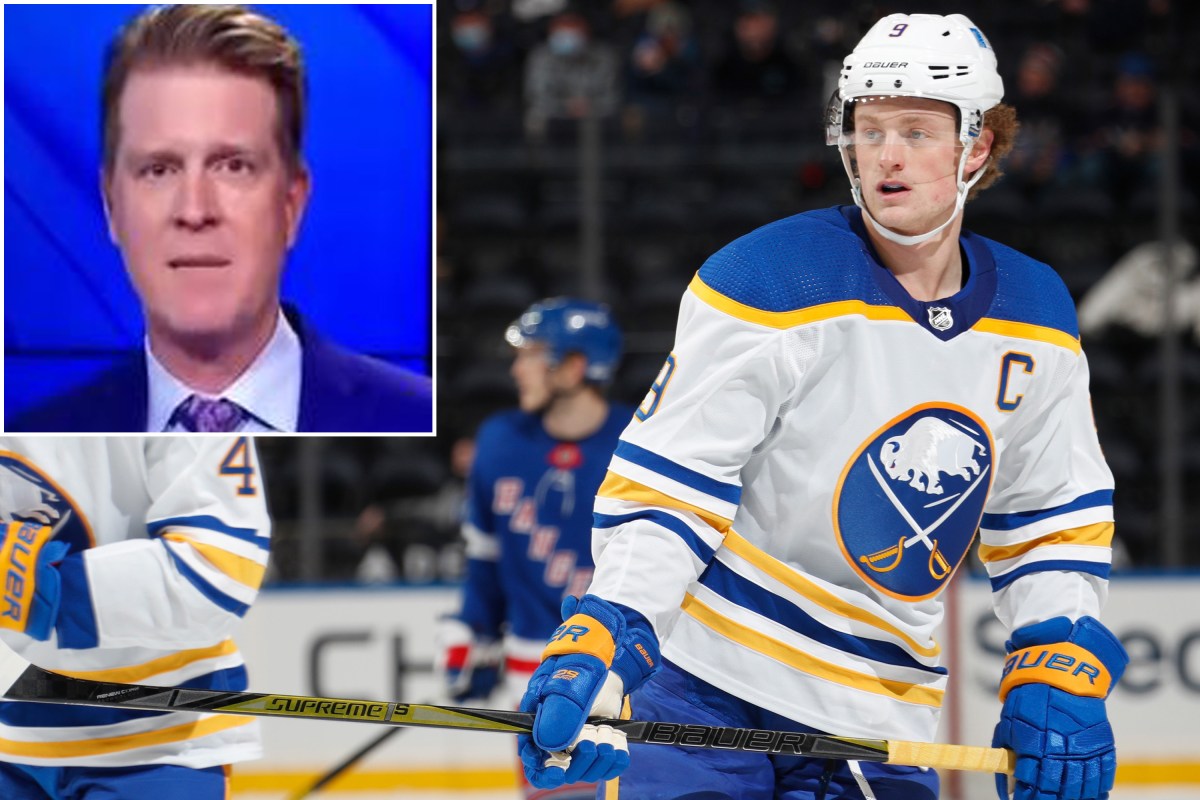 MSG hockey analyst Steve Valiquette took multiple shots at the Sabers after Buffalo fell to the Rangers at a snoozefest Tuesday night.

“I think Buffalo players should wear ski masks on the 15th and 30th of every month,” the former Rangers ranger said in reference to NHL paydays, “because there’s no way you can have that power of star and then not suffer any rejection. ” I mean, they seem to have quit on their season. “

The Sabers, who also play their games on the MSG network, actually had more chances than the Rangers in the 3-2 loss, but they only managed five shots to New York’s three while losing a goal in the third period.

“The Rangers packed him up in the third period, but did Buffalo even make an effort to [get to high-scoring areas]? I think it’s very easy to play against them, ”said Valiquette. “I think it’s a terrible hockey team. They should be ashamed. “

It was the fourth loss in a row for a Buffalo team that has often been indifferent. At 6-11-3, the Sabers are last in the East division and are on track to miss the playoffs for the 10th consecutive season.

Buffalo entered the pandemic-shortened 56-game season with cause for optimism after signing Taylor Hall, the league’s MVP of 2018, to a one-year, $ 8 million deal, adding him to a talented group of forwards.

But Hall has scored just one goal, while franchise captain and face Jack Eichel and his $ 10 million annual salary has two goals. Jeff Skinner, who is paid $ 9 million, has scored nothing and has been benched a couple of times this season for bad play. The Sabers are second to last in goals per game at 2.20.

The disappointment has led to rumors that the Sabers could trade the 24-year-old Eichel, possibly the center-needy 8-9-3 Rangers, potentially pushing the humble franchise even further back.

“It’s sad to see because Buffalo is one of my favorite cities,” said Valiquette, who grew up in nearby Ontario, Canada. “Amazing people there, hardworking people. They must have a hard time watching that team play hockey. “