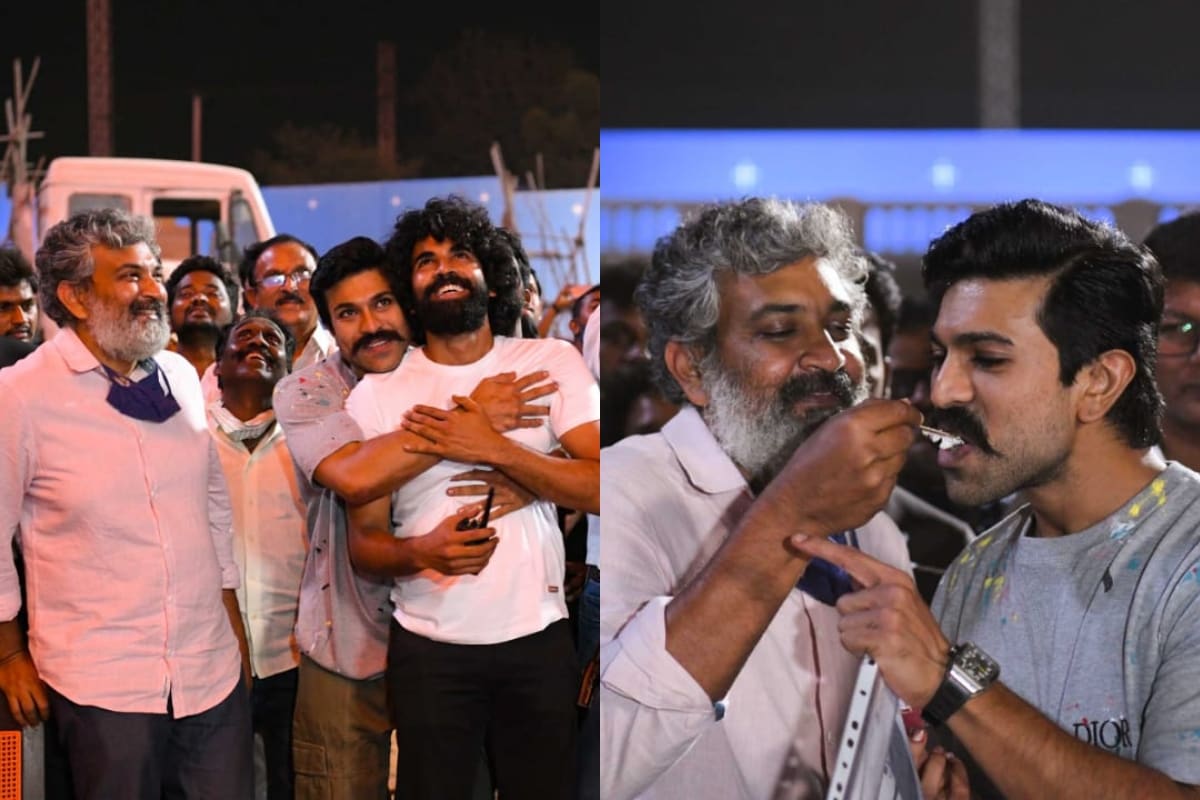 Greetings and birthday wishes for Ram Charan from all sides, as the actor has turned one more year today. Among all, one of the most special wishes was that of the ‘RRR’ Team, who celebrated Ram Charan’s birthday in a big way. On their official social media accounts, the RRR team shared a series of images from the birthday celebrations along with a post that read: “A little surprise for our sweetest Ramaraju in our sets last night … We hope you loved it @ alwaysramcharan #HBDRamCharan # RRRMovie “.

In the video you can see how the entire ‘RRR’ team gathered to wish the actor, in the best possible way. With a lot of fireworks, balloons, it looked like the celebration of his life. Ever since the announcement of the Pan-Indian masterpiece ‘RRR’ was made, audiences have been eagerly awaiting to witness the film’s cinematic magic unfold.

‘RRR’ is a fictional story about the Indian freedom fighters, Alluri Sitarama Raju (Charan) and Komaram Bheem (NTR Jr), who fought against the British Raj and Nizam of Hyderabad, respectively. The period action drama also features Alia Bhatt, Olivia Morris, Ajay Devgn, Samuthirakani, Ray Stevenson, and Alison Doody in key roles. Directed by SS Rajamouli, the film is the director’s next after the great ‘Baahubali’ series. RRR opens in theaters on October 13, 2021.