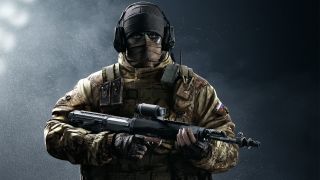 Ubisoft is contemplating eradicating pleasant hearth from informal playlists in Rainbow Six Siege in a bid to crack down on poisonous workforce killers, it has stated.

It can also be planning to revamp the reporting system with “new, granular clarity” in order that gamers can report “a wider variety of behaviour that we want to chastise in the game”, model director Alexandre Remy informed PCGamesN.

Remy stated that eradicating pleasant hearth would make the sport higher for brand bad new gamers and cease workforce killing, but it surely seems like no last determination has been made, and any modifications can be examined by gamers first.

“It is not yet 100% decided,” he said. “We are toying with that idea as a prototype, but it has some consequences, right? It is always a balance, if we decide to move forward with that idea, be sure that it is going to go to test servers first as it is such a heavy decision. Obviously it is something where we want to have feedback before we make it final. Maybe there are also aspects of friendly fire that we have not measured yet that can actually be triggered.”

Ubisoft stated method again in 2015 that it had a plan to take care of workforce killing, which clearly hasn’t totally labored. Do you suppose eradicating pleasant hearth is a good suggestion?