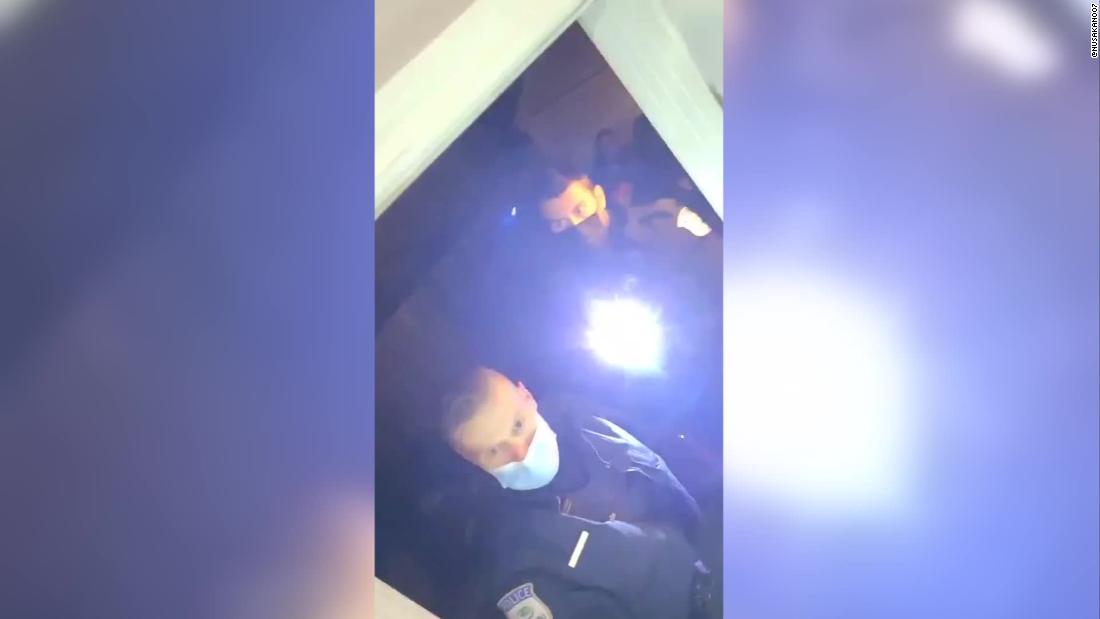 On Sunday, a man is expected to face charges of assaulting a police officer and resisting arrest.

Leduc said a woman was also arrested for denying her identity, but was released as soon as she complained. Police said it is possible that the woman may face charges.

LeDuke said the two officers responded to a house in Gatino around 11:30 a.m. Thursday night after receiving a complaint about a party.

She said the two women answered the door and refused to cooperate with the authorities. LeDuc said he failed to present his ID when questioned by officers, which could have led to the crime.

The house had six adults and a child at the time, but Quebec’s current Kovid-19 ban prohibits such ceremonies. Leduc said that a person who lives alone is allowed to join another family or, at the very least, a family receives for the holidays.

A video taken by someone else in the house was posted on Twitter on Friday and shows officers in a confrontation with a man at the door. Screams can be heard in the background.

Another man who was inside the house can be seen trying to stop the man from being taken outside.

Later in the video, officers are seen physically restraining the man outside the home as backup officers arrive and continue to speak with some women inside the house.

Gatineau Police tweeted The video on Saturday only shows part of the incident where a man was evicted from the home and said that “individuals had to be reorganized and refused to cooperate.” Police said the person arrested in the video beat up a police officer, hitting him in the face a few times.

CNN’s news partner CBC reported on Saturday that the video was posted by the arrested man, Matthew Tessier. Tessier told the CBC that he believed the police used excessive force. He denies that he assaulted an officer.

Tessier admitted to the CBC that he took the risk by collecting a leave, but recognized that if the officers had been called, he would have only received a warning and a polite request to break the party. “The police could not do what they did to us. They treat us like animals,” Tessier said.

He said the man who was allegedly “charged” by the officers and tried to drag one of the officers inside the house.

Leduc said no one was hurt in the dispute, and all were left at the scene.