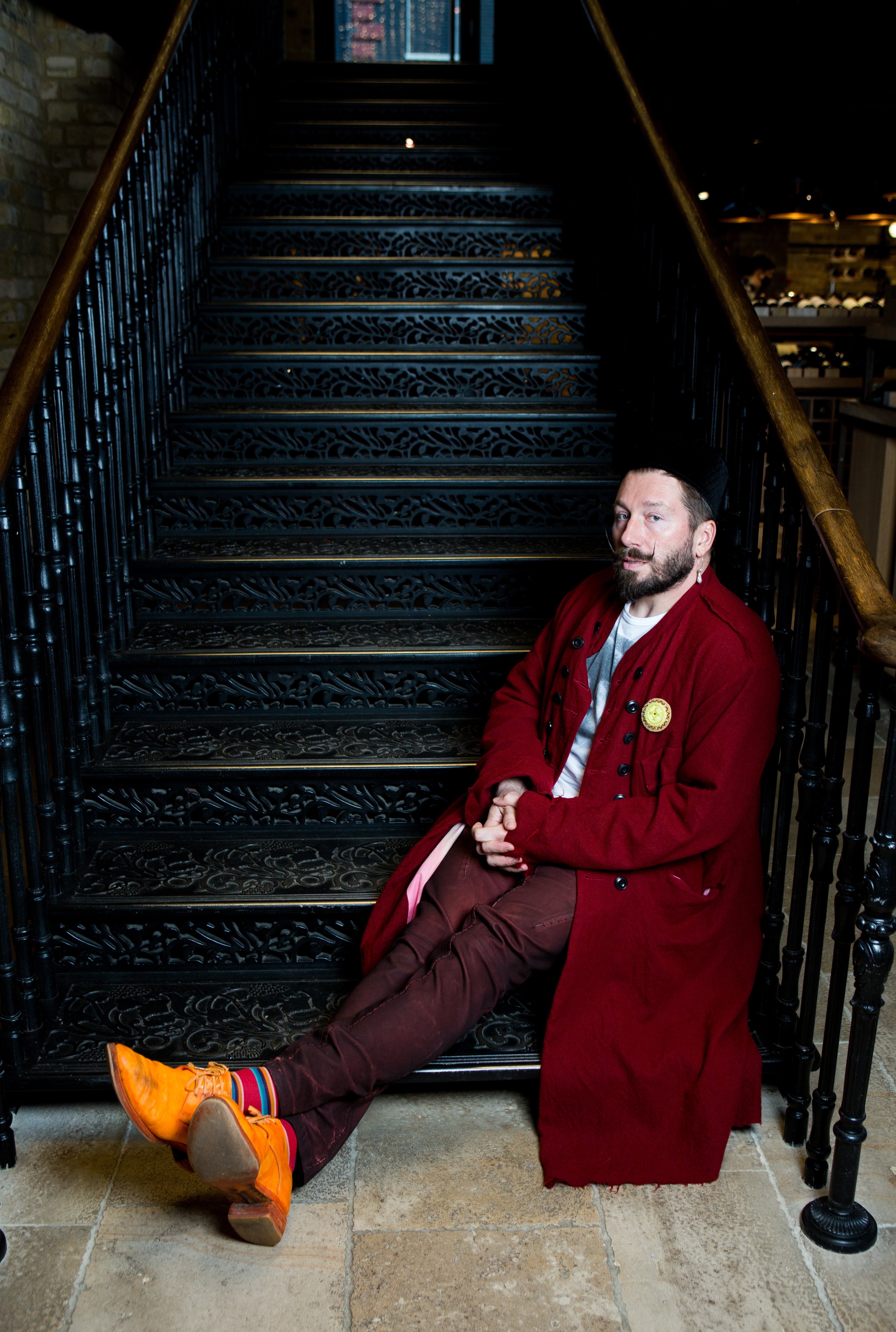 Evgeny Chichvarkin knows what it’s like to be on the wrong side of Vladimir Putin. When he was a young man in Russia in those go-go 90s, he made a bargaining chip in the cell phone business and because of that, he says, they effectively kicked him out of the country.

“The people from KGB, FSB now decide to control different parts of the business and they want to have a share of the success,” Chichvarkin told Fox News.

He fled to London in 2008 and reinvented himself in an equally spectacular way. Chichvarkin opened what he strove to make “the best wine store in the world.” He called it hedonism and then opened Hide, a restaurant with a Michelin-starred chef.

The flamboyant survivor has a desire for life and the here and now, but a keen interest in the future of his native country. He is one of the benefactors of opposition leader Alexei Navalny.

Chichvarkin paid for much of Navalny’s stay in Germany, where he was treated for poisoning with a Soviet-era nerve agent, something that Navalny blames on the Russian president and is denied by the Kremlin. In fact, the Russian government questions whether a poisoning occurred and has not even opened an investigation into what made Navalny sick.

Meanwhile, Navalny languishes in a penal colony over what the European Court of Human Rights has called a fabricated fraud case. Chichvarkin calls what his friend is subjected to as “moral terrorism.”

And at the time of this writing, after weeks of incredibly upbeat and funny posts from prison, Navalny is now asking for medical help. He says he’s in pain, wants to see a trusted doctor, and says deliberate sleep deprivation is torture.

His wife, Yulia, directly appealed to Putin in an Instagram post asking him to stop the “violence and revenge against a person that is happening before our eyes.”

For Chichvarkin, the Navalny saga has some remarkable results. It has rocked the Kremlin cage. Navalny has won hearts and minds. But the crackdown by Russian security forces, including widespread house arrests of activists who took to the streets last winter, has prevented the crusade against corruption and outrage over the treatment of a popular opposition figure from turning into a revolution.

NAVALY: I’M SURE PUTIN IS RESPONSIBLE FOR MY POISONING

“We are not Ukrainians,” says Chichvarkin. “If that happened in Ukraine, the next day millions would be on the streets of Kiev. Or if it happened in Paris. Unfortunately, hundreds of years of slavery, true slavery, affects the mentality quite dramatically.”

Chichvarkin talks a lot about what he sees as the devastating impact of the freedom deficit in Russia.

“Unfortunately, freedom and Russia are … berries from different fields.” (That’s a Russian expression for “apples and oranges”).

He said there has been no “adequate” period of freedom in Russia.

“There was very little time with Yeltsin, but many people understand it more as chaos than freedom. There has to be two or three generations of adequate freedom for people to understand freedom. It is as if you and your parents and grandparents were born in jail … if you were born in North Korea or Cuba, you don’t know what freedom is. You don’t have the knowledge. “

However, Chichvarkin is convinced that Navalny is the most popular political figure in Russia at the moment.

And Chichvarkin is convinced that if Navalny is not killed or physically tortured in prison, he will get over his ordeal. Chichvarkin uses these phrases to describe his friend: “Alpha male. Leader. Right leader. He knows 100% what he wants and doesn’t see the walls in the way.”

The problem is that despite calls from around the world for Navalny’s release, Chichvarkin believes that his friend will be locked up for a long time.

When asked what the best course of action should be for Western countries and particularly the United States to achieve results with Russia on issues such as Navalny’s freedom, Chichvarkin responds that only one thing would work: “The only sanction is an order of arrest against [Putin] directly. Other sanctions don’t work. ”

He also said that isolating Russia from SWIFT – the messaging system that global financial institutions depend on – could be enough.

“Or blackmail,” he says, without elaborating on what that might entail.

But in the absence of such draconian measures, Chichvarkin sees a future of continued denials from Moscow about actions like the Navalny poisoning, a legacy of behavior that he sees as defeated in the past.

“The Soviets do not believe in the truth at all. Even the truth does not harm their position, they will always lie. Even the Chinese North Korean or Cuban authorities always lie. They cannot pronounce the truth. It is the Soviet socialist mentality,” Chichvarkin said. He says.

He believes that despite the denials of ownership, Navalny’s exposition of “Putin’s Palace”, the difference of a billion dollars plus the Black Sea has irritated the Russian president. He believes Putin is losing his grip on his own reactions to things. His response to President Joe Biden’s comments that Putin is a murderer, Chichvarkin says, was “hysterical.” Putin challenged Biden to a live television debate after those comments, a kind of 21st-century duel.

“He tried to be passive aggressive, but that’s not very passive,” Chichvarkin said.

Still, he believes this portends a danger to Russia and while he was disappointed that the demonstrations in support of Navalny hadn’t been bigger, the last thing he wants to see is bloodshed in the streets, if we get to that. . He fears that he could do so if the demonstrations were to restart and gain more strength. In that sense, Chichvarkin is pessimistic. He once told a journalist that he would only return to Russia if Putin was executed by hairpin. When asked about that comment, he replies, “I don’t think I’ll be back to be honest.”

When asked if it is because he does not predict changes in his life, he responds: “I will probably be too tired or too old.”

Imagining Chichvarkin as tired or old is not easy. To imagine that Navalny’s movement fades into a whisper is also an exaggeration. But for Navalny, his fate is in the hands of hostile forces and his allies have called for his cause to emerge in every encounter foreign leaders have with Russian President Vladimir Putin.