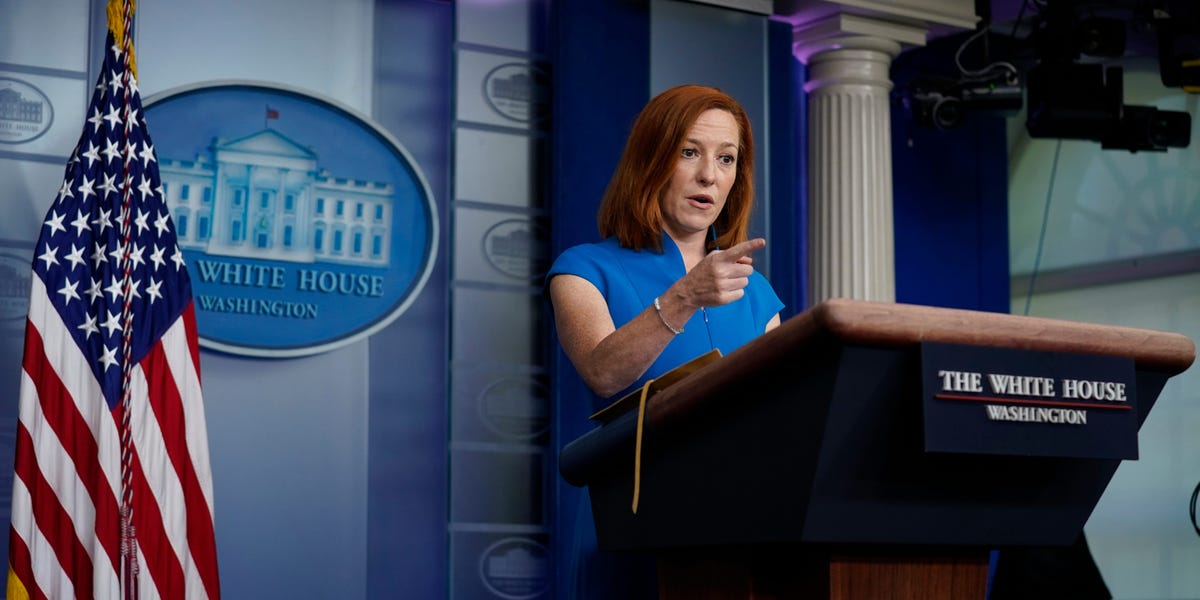 In a back and forth exchange With Psaki, Doocy said that Biden generally had a “list” of reporters to call and said that Fox News was the only network in the five-channel press group that was never included on the list.

“I am curious to know if that is the official policy of the administration,” he said.

Doocy said that Biden sometimes answers his questions at the White House, but complained that it only happens after he “yelled” at the president.

“The president has been very generous with his time with Fox,” he said. “I’m just curious about this ‘list’ they give you. [Fox is] the only member of the five-network group who was never on it dates back to when he resumed in-person events in Wilmington during the campaign. “

Read more: Meet the presidential confidants, the tight-knit and well-positioned congressional delegation from Delaware, whom Joe Biden has entrusted with cementing his legacy

Psaki said he frequently answers questions from Doocy during White House press conferences and even confirmed an upcoming appearance on Fox News.

“I would say that I am always happy to have this conversation with you, even about the amazing socks you are wearing today, and to have a conversation with you even when we disagree,” he said. “The President has answered your questions and I am looking forward to doing ‘Fox News Sunday’ this Sunday for the third time in recent months.”

On Thursday, Biden answered questions from 10 reporters, but did not interact with Doocy.

That same day, Doocy saying he had a lot to ask Biden, from the economy to COVID-19.

“I mentioned last night that I had a folder full of questions,” he said, flipping through pieces of paper. “I think some people were joking, I wasn’t joking.”

Throughout the 2020 campaign and during the first weeks of the Biden administration, Doocy has had contentious exchanges with the president, often asking about topics such as immigration or the president’s son, Hunter Biden.