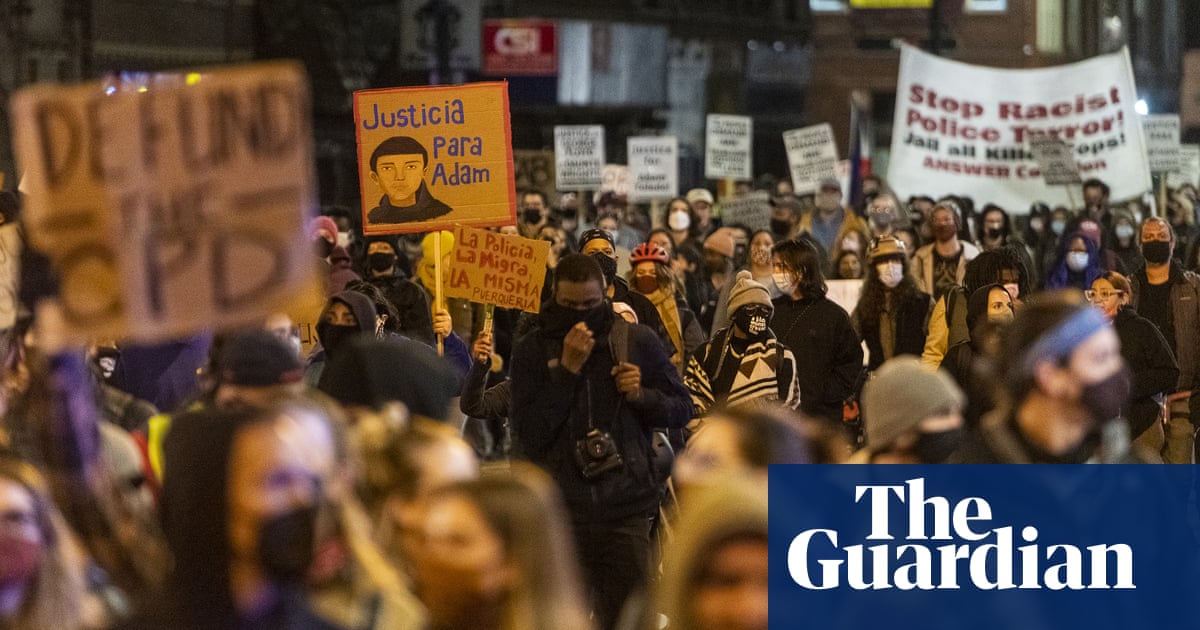 After a heated week of police violence, protests broke out in several American cities on Friday, turning tense at times.

In the wake of the murders of Daunte Wright, a 20-year-old shot by police after being arrested, and an unarmed 13-year-old Adam Toledo, thousands took to the streets to demonstrate, sometimes late into the night.

In Chicago, where Adam was killed, thousands of people marched in Logan Square after video of the 13-year-old being shot with his arms raised was posted this week. The protesters planned to march towards Mayor Lori Lightfoot’s home, some of them calling for her resignation.

The event was largely peaceful, although some policemen and protesters got into a fight as the night came to an end.

Authorities had initially refused to declare a night curfew, after quieter protests in the two previous nights. But after clashes between protesters and police at the Brooklyn Center, during which authorities claimed a fence around the heavily fortified police headquarters was broken down, an illegal gathering was declared and 100 arrests made.

Earlier in the evening, a U.S. district judge ruled that the Minnesota state patrol could not arrest, threaten or attack journalists after an ACLU complaint that law enforcement was unfairly cracking down on reporters. who worked.

But friday night several reporters documented be detained by the police and released only after being photographed by officers with their press identification credentials.

The protest against police brutality in Oakland began calmly on Friday night, media reported. A subsequent march drew about 300 people.

People in the crowd threw bottles and other objects at officers during the march, Oakland police said in a statement. An officer suffered an injury when he received a blow to the head. A community member was also assaulted, police said.

But then the authorities declared a meeting illegal and ordered the protesters to leave. Police said the protesters dispersed peacefully. No arrests or citations were issued.

In Portland, Oregon, police declared a riot Friday night after demonstrations that followed police fatally shooting a local man while responding to reports of a person with a gun.

Some witnesses said the man had a mental illness, but Portland’s new street response team, created after protests last year to respond to mental crises without armed police officers, was not called.

Deputy Chief of Police Chris Davis told reporters earlier that day that a white male in his 30s was shot and killed by police officer Zachary Delong, who opened fire with a handgun and weapons that fire non-lethal projectiles. The man was pronounced dead at the scene in Lents Park, which is in a leafy suburb of the city.

Two officers fired a 40mm device that fires non-lethal projectiles, and one officer, an eight-year veteran, fired a gun, police said in a statement. The officer is on paid administrative leave and his name will be released Saturday, authorities said.

While investigators were recording the scene and documenting the evidence, nearly 100 yards (91 meters) away, a crowd of more than 150 people, many dressed in black and some in helmets, goggles, and gas masks, gathered behind the crime scene tape, singing and screaming. to the officers in front of them.

When police began completing the investigation at the scene around 3 p.m., the crowd marched through the park, ripping off police tape and coming face-to-face with officers in riot gear. Police left the park around 3.30pm and the crowd lingered and eventually stopped at a nearby intersection, blocking traffic and chanting.

Police said later Friday that they had used pepper spray on the protesters to disconnect. Some people beat the officers with sticks and chased the officers as they left, police said in a press release. Officers deployed smoke canisters and then used a rubber ball distraction device, police said.

Portland Mayor Ted Wheeler has criticized what he described as a segment of violent agitators who detract from the message of police responsibility and should be subject to more severe punishment.

“We had to summon almost every police officer in Multnomah County to keep this group far enough away to preserve what in our business we call the integrity of the scene, so that no one who shouldn’t be there enters there.” Davis said, adding that officers from the county sheriff’s office were also helping.