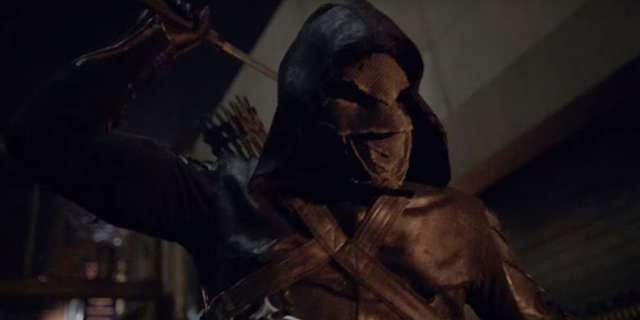 & # 39; Crisis on Earth-X & # 39; has given fans a new look at many heroes and villains, including a surprising twist on an Arrowverse favorite.

After the Earth-X villains crashed at the wedding of Barry Allen / The Flash (Grant Gustin) and Iris West (Candice Patton), the heroes of Arrowverse captured the Earth-X version of Prometheus in STAR Labs He was kept in a holding cell, where he quickly revealed his identity: Earth-X's Tommy Merlyn (Collin O & Donnell).

Earth-X Tommy then had a conversation with Oliver Queen / Green Arrow (Stephen Amell), where they reflected on how drastically different their lives are from each other. Tommy told Oliver what the other X-Earth villains had planned: to conquer Earth-1 and enslave or kill everyone inside it. Tommy then lamented that he would not be there to see him, and committed suicide by swallowing a cyanide capsule.

If you're not familiar with Tommy (or, well, the Earth-1 version of it), here's an accident course. Tommy served as the centerpiece of Arrow in his first season, as Oliver's best friend, Laurel Lance's boyfriend (Katie Cbadidy) and as Malcolm Merlyn's son (John Barrowman). [19659008] To the surprise of many Arrow fans, Tommy died in the final moments of the season finale of the series. When Malcolm Merlyn started a business in one of Starling City's neighborhoods, Tommy and Oliver flocked to save Laurel. Tommy ended up trapped inside a building, with Oliver staying by his side until he dies.

While Tommy's main arrow closed then, his spirit has continued throughout the show. Oliver continued to be a hero as a way to honor Tommy's memory (something he reflected again and again in the introduction narrative of the season). And O'Donnell had something to do with some of the latest Arrow appearing in a flashback of season three and getting a fantastic name fall in the & # 39; Invasion & # 39; from last year. crossover

But having a version of Tommy like Prometheus is something completely different, mainly because the fans have been campaigning for quite some time. Last season, some expected Tommy to come back to life in Arrow thanks to The Flash by changing the timeline in "Flashpoint." This became fairly frequent speculation that Tommy was Prometheus of Earth-1, the masked enemy who seemed to have some kind of revenge against Oliver.

Ultimately, this ended up being false, since it was revealed that Prometheus was Adrian Chase (Josh Segurra). But the fact that Tommy is Earth-X's Prometheus gives fans what they were expecting, even if it was only for a few scenes.

"Crisis on Earth-X" is a four-hour event that will air on November 27 and 28 beginning at 8 p.m. and running for two hours each day; Supergirl (20:00 hours on Monday), The Flash (20:00 hours, Tuesday) and Legends of Tomorrow (21:00 hours, Tuesday) they will remain in their normal time intervals, but Arrow will move from Thursday at 9 pm Monday placement of the week.