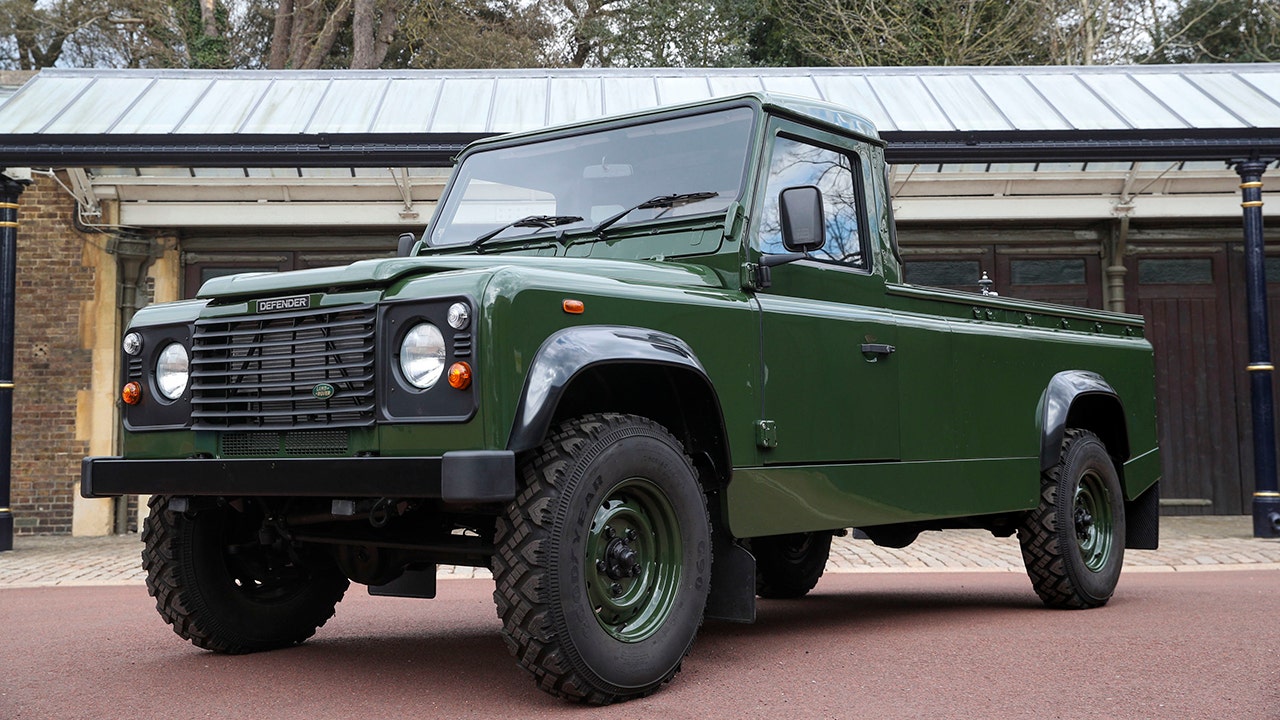 You are fulfilling your wish.

The late Prince Philip reportedly once asked Queen Elizabeth to “get me in the back of a Land Rover and take me to Windsor” when he passed away, and that’s pretty much what will happen on Saturday.

The royal family has revealed the custom Land Rover Defender that Prince Philip helped design and which will carry his coffin across the castle grounds to St George’s Chapel for service.

According to Sky News, Prince Philip had been tinkering with the 2003 Defender TD5 130 cab chassis for the past 18 years with the help of Land Rover, choosing the paint color and having a pole-mounted platform installed to hold the coffin high.

Royal coffins are traditionally carried in horse-drawn carriages, but Prince Philip is a well-known Land Rover enthusiast who was often seen driving the brand’s vehicles. He was behind the wheel of a Land Rover Freelander when he was in a 2019 car accident on a public road at age 97, leading to him surrendering his driver’s license for good.

Currently, the late husband of Queen Elizabeth is resting at Windsor Castle.