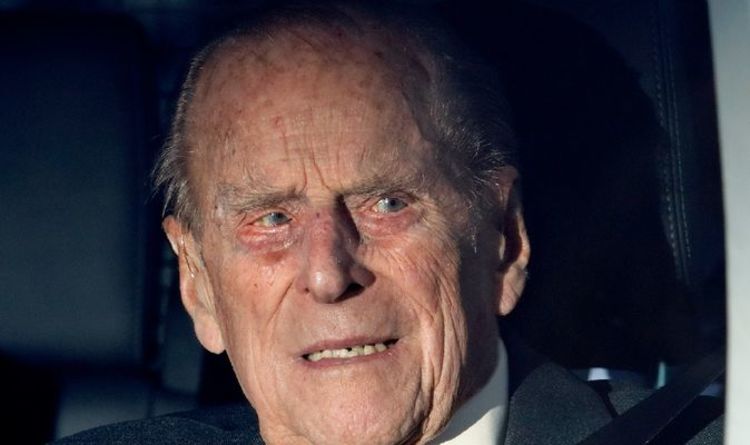 Chris Ship and Lizzie Robinson spoke about the peculiar actions of the Palace and Prince Charles while Prince Philip remains in the hospital. While speaking on their ITV show The Royal Rota, the duo agreed that the Palace’s language change was concerning. Initially, they pointed out that Prince Felipe’s admission to the hospital was only a precaution, while now they say he has an infection that he is dealing with at the hospital.

In addition to this, they noted that Prince Charles’ decision to take a trip to his father during a pandemic was “extraordinary.”

Ms Robinson added that it was even more unusual as Prince Philip rarely receives visits from the Royal Family while in hospital.

Mr Ship said: “With the Duke of Edinburgh, Prince Philip, what I think everyone was concerned about was not just the language change we received last week at the Palace.

“The language that had to do with keeping him locked up as an abundance of caution and that was only for observation.

DON’T MISS: Prince Harry told him he ‘made fun of himself’ in a ‘childish’ TV interview

“While this week they say that he has an infection and that he is in treatment and that it will not come out for several days.”

In addition to this, Mr. Ship noted the importance of Prince Charles visiting his father.

He said: “This, along with an unannounced visit from Prince Charles on Saturday, made everyone quite concerned about the severity of his condition.

Ms Robinson added: “This is correct, the Duke of Edinburgh is 99 years old and will turn 100 in June.

Saturday will mark the 11th night and the longest stay the Duke of Edinburgh has ever had in hospital.

Earlier this week, Buckingham Palace confirmed that Prince Philip is “comfortable and responsive to treatment” but is not expected to leave the hospital for several days.

However, royal expert Camilla Tominey has said that the Palace has tried to “muffle any alarms”.