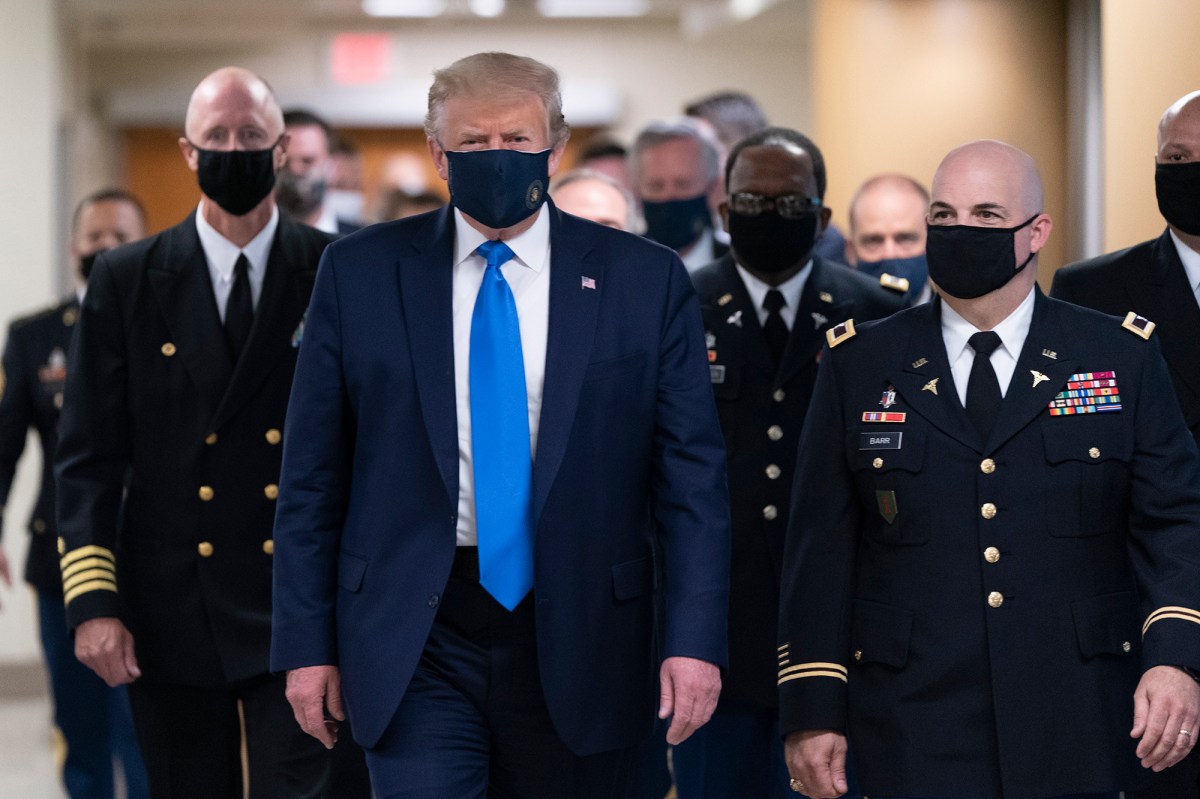 President Trump is covering up.

The president, who has resisted calls to wear a mask in public during the coronavirus epidemic, first appeared with one before the White House press corps. It was navy blue with the Presidential Seal in gold.

The occasion was a visit to the Walter Reed Medical Center in Bethesda, Maryland, where he met with wounded troops and medical personnel on Saturday.

“I love masks in the right places,” Trump told reporters as he left the White House.

Earlier in the week he had promised to exercise caution during his visit.

“You are in a hospital, I think it is a very appropriate thing,” the president told Sean Hannity of Fox News on Thursday.

Trump wore a face mask, from the glare of the cameras, at least once before, during a visit to a Ford auto plant in May, NBC News reported.