Preliminary studies: antidepressant that helps with recovery from COVID-19 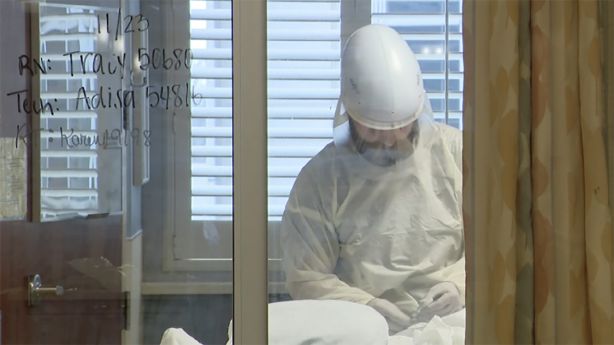 Researchers at the University of Utah Health believe the drug works and are now investigating a larger study to confirm the remarkable results of two previous trials.

The generic drug, fluvoxamine, was developed 40 years ago as an antidepressant, primarily to treat obsessive compulsive disorder. It’s safe, it’s only $ 0.60 a pill, and it’s very promising.

“We need a drug that keeps people from getting sick when they get COVID, and that’s what we hope fluvoxamine will do,” said Dr. Adam Spivak, assistant professor in the Division of Infectious Diseases at the University of Utah Health.

For a year since the pandemic began, researchers have been trying to find that pill. Spivak said fluvoxamine could be that treatment.

“That is a huge gap in our arsenal,” he said. “We have spent a lot of time these days thinking about vaccines. We would love to prevent the disease. But people are still getting COVID, and they will continue to do so until we have enough vaccinated people.”

After a year of learning about the virus, researchers now believe that it is the human response to the virus, and not the virus itself, that makes people so sick.

“There is this huge inflammatory response that makes people sick and takes them to the hospital,” Spivak said.

Could a 40-year-old antidepressant be a possible treatment for COVID-19?

Researchers have found that the drug fluvoxamine appears to prevent some of the complications of the disease and make hospitalization and the need for supplemental oxygen less likely. https://t.co/fHhASCk7wd

They believe that fluvoxamine targets that inflammatory response because it has anti-inflammatory properties. That’s why psychiatrists at Washington University in St. Louis decided they would test fluvoxamine in COVID-19 patients.

In one trial, they administered fluvoxamine to 150 people with confirmed COVID-19. Among those who received the placebo, 8% ended up in the hospital.

Spivak said: “Eighty people received the fluvoxamine, and none of those people got any more ill. They all recovered.”

By about the 10-day point, the people taking fluvoxamine had largely recovered.

There were similar results in November in a real-world test after a COVID-19 outbreak at a race track in California.

“By about the 10-day point, the people taking fluvoxamine had largely recovered,” Spivak said.

The University of Utah researchers are part of a larger multi-site trial called Stop COVID 2, aiming to enroll 1,100 people. You must be at least 30 years old and have confirmed COVID-19 with symptoms that started in the last six days.

“We hope to do this as soon as possible so we can confirm that fluvoxamine works and have it in our arsenal, or know that it doesn’t work,” Spivak said.

The researchers conducted the entire trial remotely, sending trial drugs and supplies to the participants. It doesn’t matter where you live to participate.