Pre-Snap Readings 2/27: What does Russell Wilson’s drama mean to the Seahawks’ WRs? 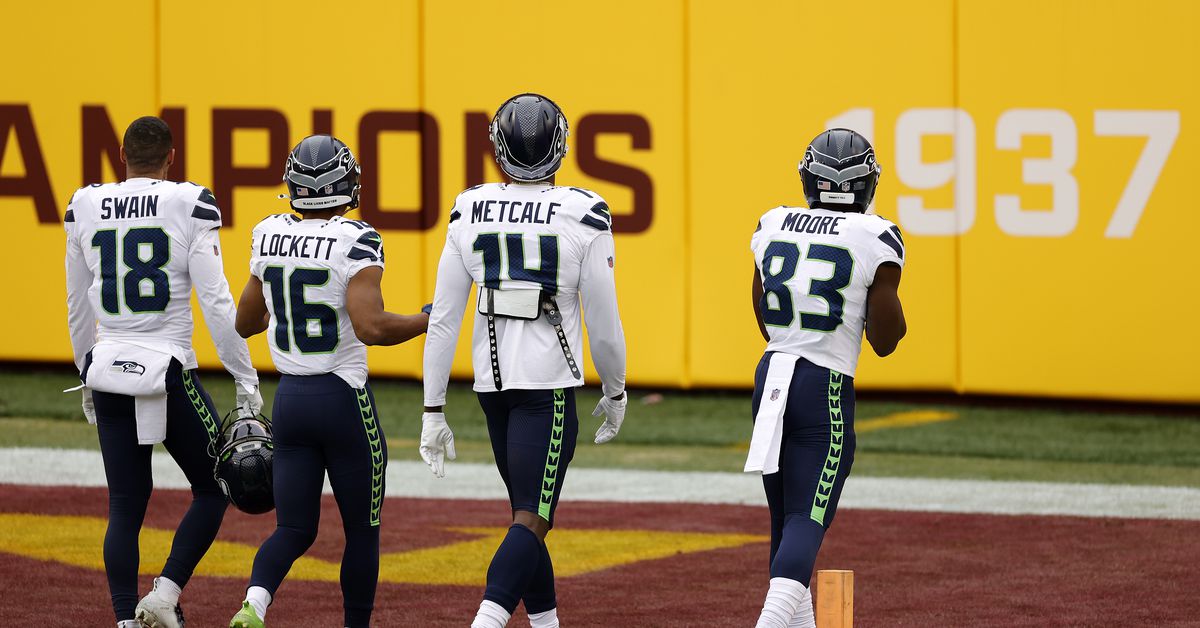 Seahawks Reflects on Social Justice Helmet Decals
Throughout the 2020 season, Seahawks players chose to represent social justice initiatives and honor victims of racism and police brutality with helmet decals to show their support.

Celebrating Resilience: Seahawks VP of Player Engagement Maurice Kelly
Maurice Kelly is responsible for providing club staff, players and families with programs that foster personal and professional growth while serving as a conduit between players and management. Childhood experiences growing up in southern pr

Friday recap: Seahawks take four of the NFL’s top 100 sacks of 2020
Tyler Lockett and David Moore appeared in the Top 100 for sacks of the 2020 NFL season.

The Seahawks’ New Offensive Coordinator: “Preparing for Life.” | KOMO
Seattle – A saying among soccer fans is that the most popular person on a soccer team is often the second-row quarterback who has a perfect record because he never plays. Also, the least popular person on a team is often the offensive coordinator, who is judged only by the last play he called. Enter Shane Waldron, the last offensive coordinator for the Seattle Seahawks. The fourth to hold the job since Pete Carroll was hired as the Seahawks head coach in 2010.

Wyman: If the Seahawks spend money on OL, it should be for Corey Linsley
The Seahawks have two positions on their O line to take care of this offseason. Dave Wyman explains why they should make a splash downtown.

Seahawks should push for defensive tackle Jurrell Casey
Like all teams in the NFL, the Seahawks could use another quality defensive lineman. Jurrell Casey was released by the Denver Broncos. Seattle should sign him.

Sean McVay: Rams’ Cam Akers is’ an all-down back ‘
The Rams look vastly different than they did just over a year ago, and their on-the-fly transition could have a new mascot in Cam Akers.