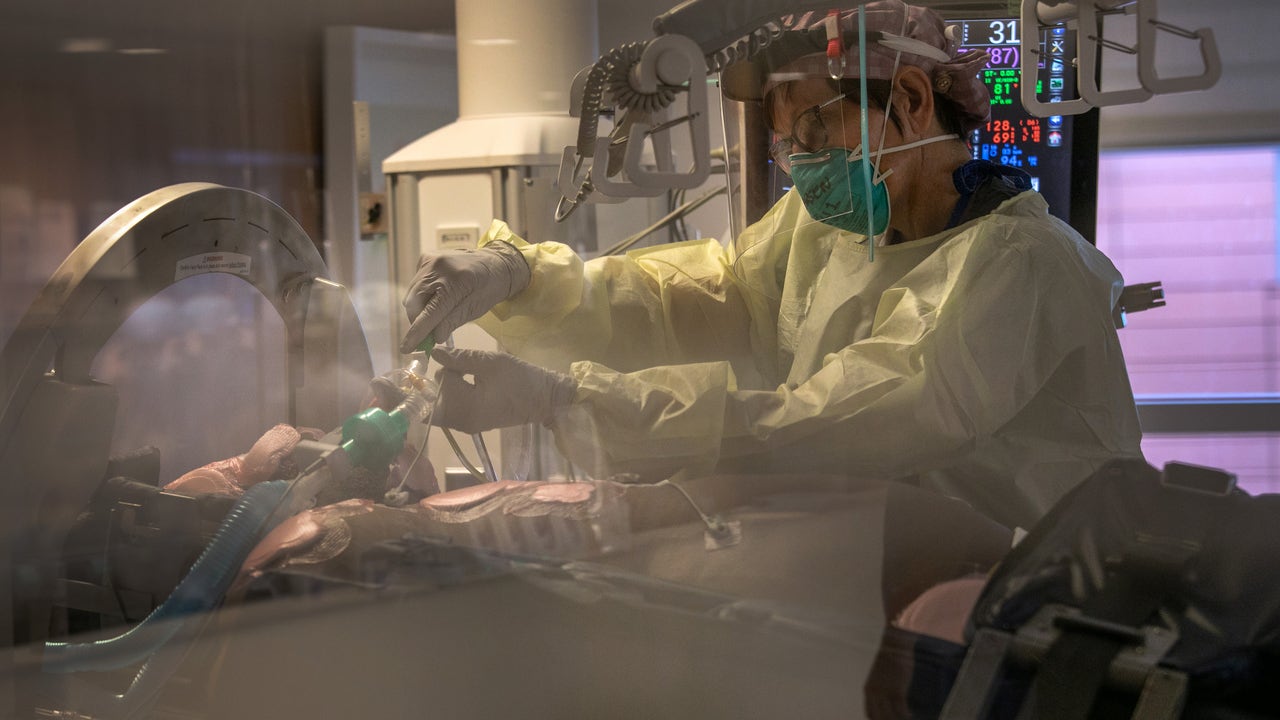 An experimental drug to treat COVID-19, which can be taken orally, is now being tested in humans after showing early promise and effectiveness in hamsters.

A possible COVID-19 antiviral drug is showing early promise and effectiveness in hamsters, according to a new study from the National Institutes of Health.

The results revealed that the experimental antiviral drug MK-4482 “significantly decreased the levels of virus damage and disease in the lungs of hamsters treated for SARS-CoV-2 infection,” according to a statement.

The experimental drug, which is administered orally only, is now being tested in human clinical trials. Remdesivir, a different antiviral drug already approved by the US Food and Drug Administration, can only be given intravenously.

The scientists said they found that MK-4482 was shown to be effective when given up to 12 hours before or 12 hours after the hamsters were injected with the coronavirus.

The US Food and Drug Administration has only fully approved Remdesivir, an antiviral agent, for the treatment of COVID-19. It is recommended for hospitalized patients requiring supplemental oxygen. Additionally, the agency has granted emergency use authorization for another nine COVID-19 treatments.

Medications approved for emergency use, administered intravenously and manufactured by Regeneron Pharmaceuticals and Eli Lily, have concentrated doses of laboratory-made antibodies to combat COVID-19 and are aimed at people who are at high risk for severe symptoms or have to be hospitalized.

Michigan will expand its use of COVID-19 treatment in hopes of substantially reducing its growing number of hospitalizations and deaths, state officials announced last week amid their efforts to reduce the nation’s highest infection rate.

Gov. Gretchen Whitmer said the Remdesivir treatment could save lives, adding that it “very likely” helped then-President Donald Trump when he became infected last fall. Those who qualify, approximately 30% of infected residents, include seniors and those with pre-existing or underlying health risks.

RELATED: Half of American Adults Have Now Received At Least One COVID-19 Vaccine Injection, CDC Says

Half of all adults in the U.S. have received at least one COVID-19 injection, the government announced Sunday, marking another milestone in the nation’s largest vaccination campaign, but leaving more work to do. to convince skeptical Americans to roll up their sleeves.

Nearly 130 million people 18 years and older have received at least one dose of a vaccine, or 50.4% of the total adult population, the Centers for Disease Control and Prevention reported. Almost 84 million adults, or approximately 32.5% of the population, have been fully vaccinated.

Associated Press and Megan Ziegler contributed to this report. This story was reported from Los Angeles.