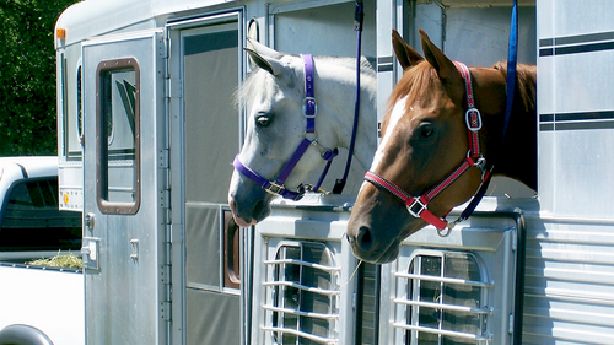 OGDEN – Utah agriculture officials say they believe they have contained an outbreak of a serious disease in horses that was confirmed in the state earlier this month after the sick horse attended an event in Weber County.

Dr. Dean Taylor, the state veterinarian, said equine herpesvirus myeloencephalopathy, or EHM, was confirmed in a horse in Utah on March 7. EHM is a disease caused by the EHV-1 virus that can be fatal or create significant complications and is transmitted through nasal drops, aerosol drops, or through various shared spaces, including stalls, water, or transportation vehicles.

State officials did not disclose where in the state the sick horse was reported out of respect for the horse’s owner because the horse is kept in a private facility. After further investigation, they found a second horse on the property that also tested positive for EHM.

State officials said they weren’t exactly sure how the originally infected horse got sick. The virus can be initiated internally by stress or spread from horse to horse.

“We really don’t know where this started at this point,” Taylor said. “Both horses are fine. The outbreak is confined to that one facility, and we are well past the two-week period that we would be concerned with there.”

The first positive test raised concern within the state horse owner community because they had attended events at the Golden Spike Events Center in Ogden on February 20 and just before the horse owner noticed the horse showing signs of EHM. .

Meanwhile, Taylor said rumors were also circulating that a horse died from the spread of the virus. He said he also began receiving phone calls on March 10 from concerned horse owners who said their horses were showing signs of the virus.

As a precaution, the state had a barrel race scheduled for the Golden Spike Event Center canceled that week. The event center posted on social media on March 11 that it would not hold any events until a week later as a precautionary measure, which meant more than half a dozen events were canceled.

It allowed the state Department of Agriculture to investigate the situation further. The department identified six facilities with possibly sick horses.

In a public letter about the situation on Monday, Taylor wrote that the only premise that tested positive was the “originally positive premises.” No other horses were confirmed to be ill with the virus, including those that may have been exposed on February 20.

Please see the letter below with an update on EHV-1 at our facility.

“Currently, this outbreak appears to be contained,” the letter says. “No additional cases have emerged from any events at the Golden Spike Events Center and we are now past the period where we would expect to have seen cases.”

The letter also says the agency did not believe it was “necessary to restrict equine events in the future.”

He also told KSL.com on Tuesday that there was a deceased horse, but that the state was unable to perform any laboratory work on the horse to confirm the virus nor was there any connection linking that horse to the originally infected horse.

Taylor said the facility with the two infected horses has “done an excellent job” of quarantining their horses since the original diagnosis. The facility is also close to completing a 21-day preventive quarantine.

Additionally, he praised Weber County’s policy of disinfecting the event center after each event because it likely takes into account why the disease has only been found at one site.

“Once that horse was there on (February 20), the entire facility had been disinfected before the next event,” he said. “So probably, in hindsight, it was very beneficial in containing this disease.”

As for the EHM itself, it is treated with supportive care, such as providing fluids and anti-inflammatory agents. The state shared a brochure on how horse owners can manage EHV-1 and EHM following their last possible outbreak in 2019.