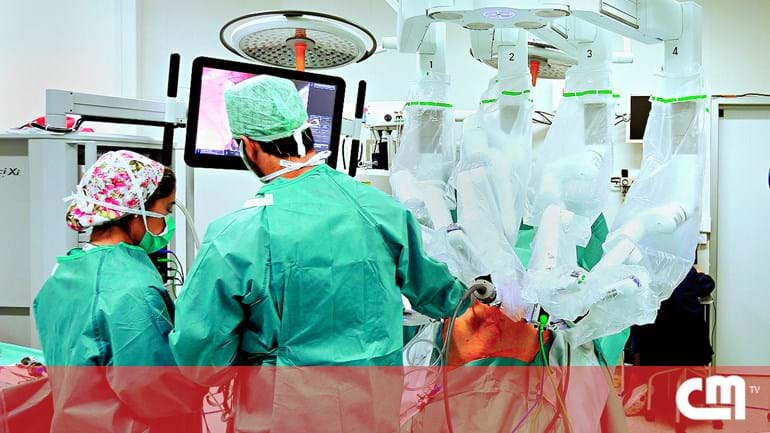 Gastric bypass reduces the volume available in the stomach and, thus, there is a restriction of the amount of food eaten. An intestinal bypass is also made, which causes nutrient absorption to be reduced. This is the most commonly used operation for morbid or severe obesity.

Gastric bypass can be done through robotic surgery, which is a safer method for patients. "In terms of open surgery, the advantages are very evident: in gastric bypass, we make some sutures that in 0.5% or 1% of the cases rupture, if this happens, it can give a septic shock, a peritonitis and even kill But if it is done with robotic surgery it happens once in a thousand.Recovery is much faster, either on return to work or physical activity.Possibility of surgical wound infections almost does not exist.And the patient has less pain ", says Carlos Vaz, coordinator of CUF robotic surgery.

For this surgery are made incisions that, at most, have a centimeter. By one is placed a chamber and by other surgical instruments, which are connected to a kind of robot. This device is then connected to a computer, from which the surgeon controls the instruments.

Diabetes can be cured with gastric bypass
There are diabetic patients who, 15 days after surgery, no longer need medication. "When we do the intestinal bypass, there are certain substances produced in the intestine whose production changes, and this probably cures diabetes," says surgeon Carlos Vaz.

In gastric bypass, the stomach becomes smaller. When the patient eats, he has a feeling of precocious satiety – the stimulus to stop eating arrives much earlier than previously.

Surgeon controls movements
Although the surgical instruments are attached to a robot, it is the surgeon who controls them. This is done by handles that are on a console attached to a computer. There is no movement that can be programmed and done in the absence of the doctor. n

My case
"I was reborn because I went back to work and go out with my friends"
u Maria Teresa Assoreira weighed 149.5 kilos. A year and a half after having undergone a gastric bypass, through robotic surgery, it weighs 64 pounds.

"I did not do anything, I did not walk and I was isolated at home I was not living and now I live and I'm happy I went back to work and go out with my friends I go into a store and buy everything because it used to be a desperation, there is no clothing that fits into a fat woman with almost 150 kilos, "says the 75-year-old architect, who lives in Cascais. In addition to returning to normal day to day, Maria Teresa is still running, no longer embarrassed to go to the beach and ski.

"I had started to put on weight at age 50 due to family problems. I was having a lot of tachycardias and my doctor told me that I was at risk and that I had to make an intervention to lose weight," he recalls to Correio da Manhã.

The architect says that the values ​​of the analyzes she does are good and that she has neither cholesterol nor diabetes.

CM – In robotic surgery, is vision better?
Carlos Vaz- Yes. The camera transmits the image to a monitor in the room and to the computer where the doctor is. The vision is high definition. I can see things that the naked eye would not see. This allows you to work the fabrics more accurately. Preserve more nerve structures and thus the patient will have fewer sequelae of vessels that one could inadvertently cut.
– When do the results come?
– Weight loss is progressive and takes between nine and 18 months. On average, the patient loses between 80 and 90 percent of what his excess weight was. It also depends on physical exercise and nutrition programs.