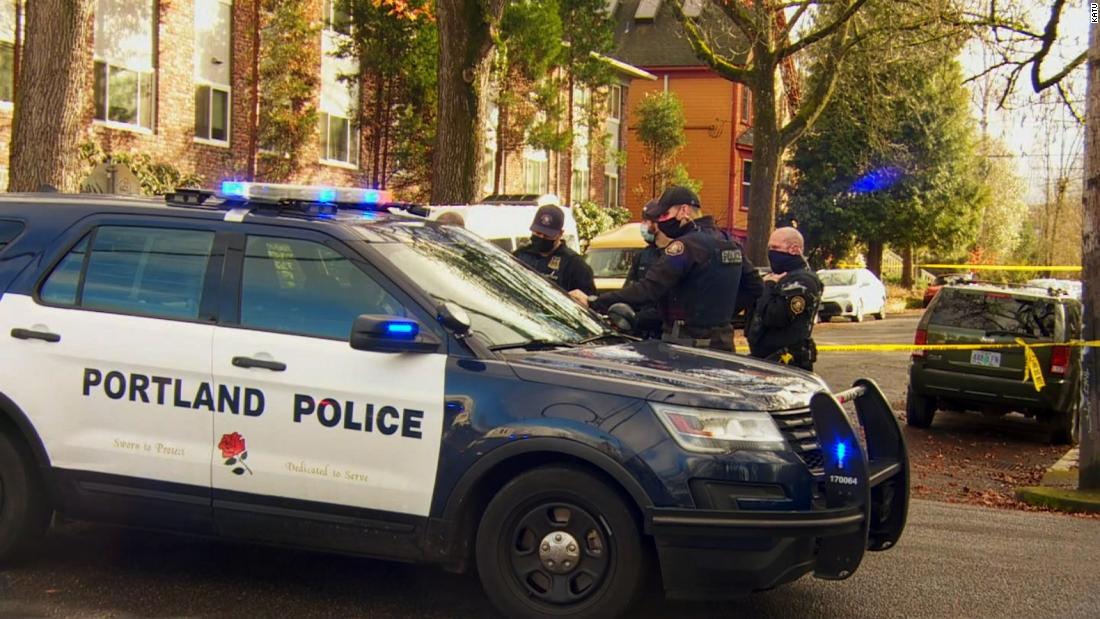 According to a Portland Police Bureau statement, officers identified the 64-year-old driver from Oregon City as Paul Rivas.

The statement said the custom is being held at the Multanomah County Detention Center. He is to appear in court on Wednesday.

The Multanomah County District Attorney’s office told CNN on Wednesday that it was “in the process of investigating the case … to make a charging decision by appearing in court this afternoon.”

It was not immediately clear whether Rivas had a lawyer.

According to the statement, seventy-year-old Jean Jerich of Portland died.

Zerich’s family issued a statement through police saying that she was a resident of Portland, a mother of two and grandmother of five. “She received her first vaccination shot last week and was very happy to be out in the world again,” the statement said.

“We are grateful to the good Samaritans who were on the scene,” the family said.

Scenes were scattered across a dozen blocks

A total of 10 people, including Zerich, were injured in the incident. Police said two of them were cyclists, seven were pedestrians, and one victim could not remember if they could have been killed in or out of their vehicle. Authorities said the scene was spread across more than a dozen blocks in southeast Portland, on both streets and sidewalks, officials said.

Police were informed of an erratic driver around Monday afternoon and calls began about the injured shortly after 1pm ET.

“Additional witness reports suggest that the suspect was traveling at around 50-60 mph in other parts of the vicinity, as he continued with his erratic driving,” police said.

Authorities said the vehicle eventually crashed and the driver tried to flee but was stopped by civilians until police arrived.