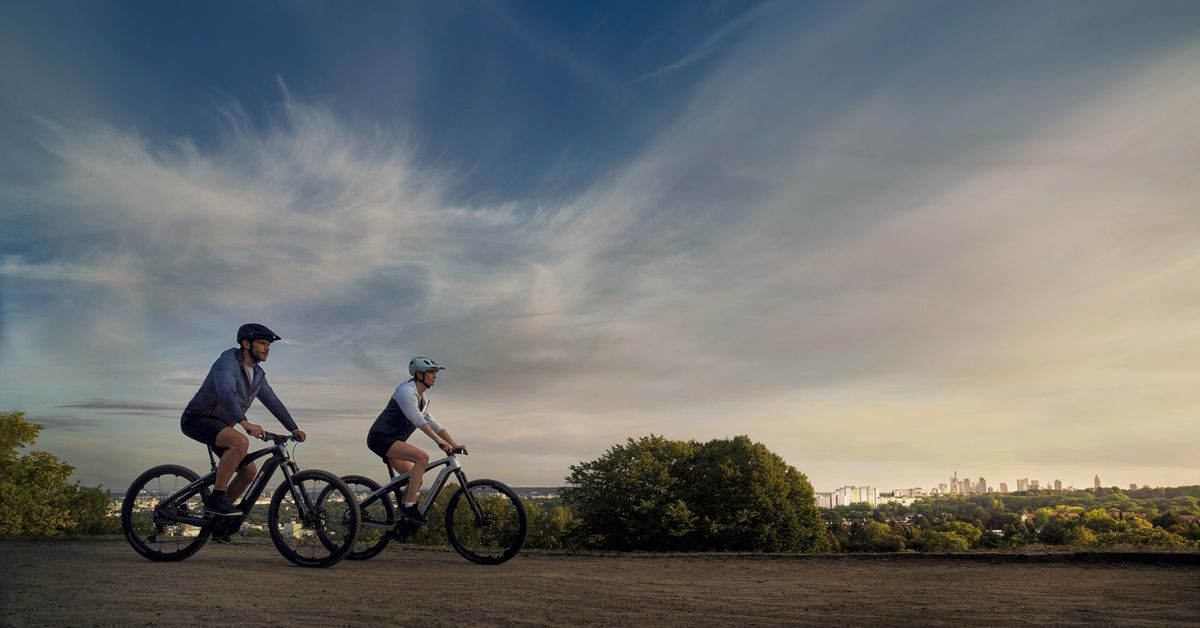 Porsche is the latest automaker to try its hand at making and selling electric bikes, and the result looks very interesting and very expensive. The Volkswagen-owned company announced that it would start selling a pair of full-suspension electric bikes this spring. The bikes were announced alongside the Porsche Taycan Cross Turismo, which was just unveiled today.

There are two models of Porsche electric bikes, the Sport and the Cross. The Sport is a road bike designed for everyday use, with a full suspension carbon fiber frame, integrated headlights and taillights, a Shimano mid-drive motor, and a price tag that would make Jeff Bezos blush. The Sport, which weighs just under 48 pounds, will set you back around $ 10,700, which is a staggering price for an electric bike.

But again, carbon fiber frame bikes are traditionally more expensive than other bikes, and the Porsche insignia on the head tube is worth a premium for a certain rider cross section. (I often remember how much money racing bike enthusiasts will spend, not just on the bike itself, but on all the gear that goes with it.)

The Cross is more for off-road adventures, says Porsche. It also has a full suspension medium-drive Shimano carbon fiber frame, plus Magura-MT Trail hydraulic disc brakes that are extra large and “heat resistant.” It weighs 48.7 pounds and will sell for $ 8,549.

The Shimano EP8 motor featured on both bikes is smaller than previous versions (Porsche describes it as “ultra-compact”) and provides up to 25km / h of pedal-assisted support. (It seems slow, but that’s the legal maximum speed allowed by European Union regulations.)

Porsche is the latest specialist combustion engine vehicle company to dive into the world of electric two-wheelers. Aside from the price, there is some reason to be skeptical. Often when you hear that car companies release their own electric bikes, most of the time, it is just a brand license agreement. (Think Jeep electric bike or Hummer bikes of the last decade.) Other times, it’s a highly publicized project that ends up falling victim to larger corporate cost cuts, like General Motors’ Ariv electric bikes.

But every now and then something interesting comes up, like the recently released Serial 1 electric bikes by Harley-Davidson. Porsche bikes are sure to find an audience among the same people who love the 911 or Taycan, but it remains to be seen whether it will be a long-term business for the automaker. Both bikes will be available for purchase from spring 2021.