Pope on Audience: Prayer is harsh to guide our lives 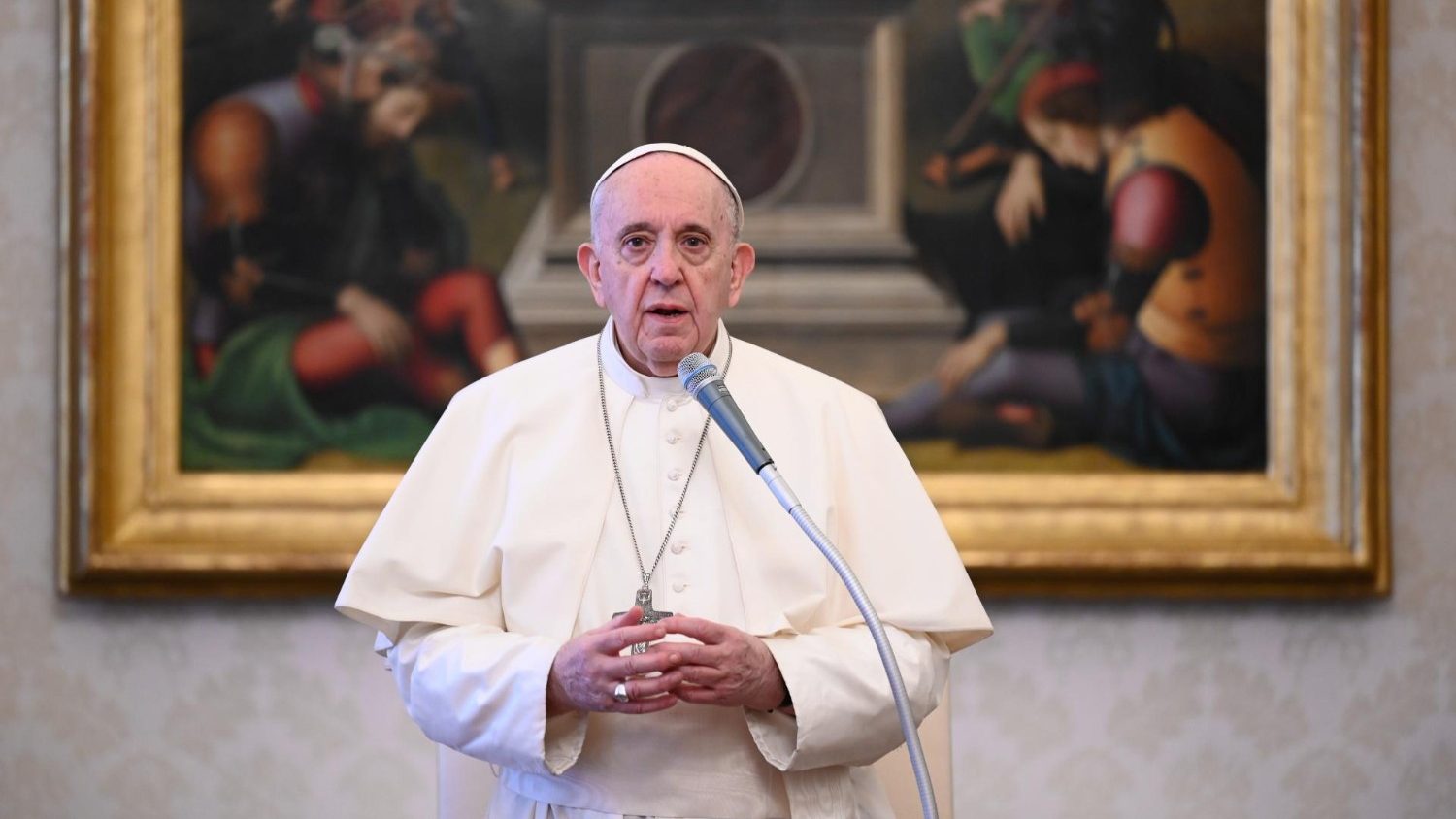 In the Weekly General Audience, Pope Francis says that Jesus shows us that we should pray early, often, and in silence, and urge everyone to pray for those who work on Kovid-19 and with them Are sick with medical personnel.

Pope Francis began by keeping in mind his Wednesday General Audience that the event should be “unfortunately” held in the Library of the Apostolic Palace once again without the presence of the faithful.

He reminded it of the importance of respecting the dictates laid down by political and health officials.

He invited everyone to pray for those who are ill with Kovid-19 and for the medical personnel working hard to treat them.

“Grant this distance between us to the Lord for the good of all,” he said. “And we often think of the sick, who are already left behind. Let us think of the doctors, nurses, volunteers and many people who are working with the sick right now, who spend their lives Risks but exclude it. Love them, their vow, and their neighbor. Let us pray for them. “

The pope then continued his quotations on Jesus’ example of prayer.

“Jesus’ prayer is a mysterious reality, of which we imbibe only a few, but which allow us to interpret his entire mission from the right perspective.”

Jesus added to the Pope, immersing himself in intimacy with God the Father, “in the love which every soul thirsts.”

Rudder who guides his course

Pope Francis focused his reflections on a passage in the Gospel of Mark (1: 32,34–38), in which Jesus heals the sick, who pray alone in a secluded place before waking up late in the evening .

After the disciples say that the entire village of Caesaranam is searching for Jesus, Jesus declares that he should preach in other cities as well.

“Prayer is the helm that guides Jesus’ path.”

The Pope said, this means that Jesus allows God to show his way, not the wishes and worship of others.

He took four lessons from witnessing to Jesus’ prayer.

Pope Francis said, Jesus taught us that prayer should be “the first wish of the day”.

“One day lived in an annoying or tiring experience without risking prayer: what happens to us can turn into a badly afflicted and blind destiny.”

However, Jesus demonstrates the need to be obedient and listen, because prayer is first of all “an encounter with God”.

“The problems of everyday life do not become obstacles then, but appeal to God to listen to and face those who are in front of us.”

Secondly, the Pope said, Jesus teaches us that prayer is an art that must be practiced “with insistence”.

Although anyone can pray sporadically, Jesus reminds us that prayer requires discipline, practice and sustained effort.

“Constant prayer produces a progressive change, which makes us stronger in times of tribulation, supports us as the one who loves us and always protects us.”

“Those who pray do not flee the world, but prefer deserted places.”

In the silence of prayer, Pope Francis said, our innermost desires and truths rise to light.

But most importantly, he said that silence is where God speaks. “Every person needs a place for him to be able to cultivate inner life, where verbs find meaning.”

To do in god

Finally, Pope Francis said, the prayer taught by Jesus is the place where we find that “everything comes from God and returns to Him. “

He said that prayer helps us rediscover “the right dimension in our relationship with God, our Father and all creation”.

Peace and joy, concluded by the Pope, is what we will find if we follow Jesus’ example of prayer.