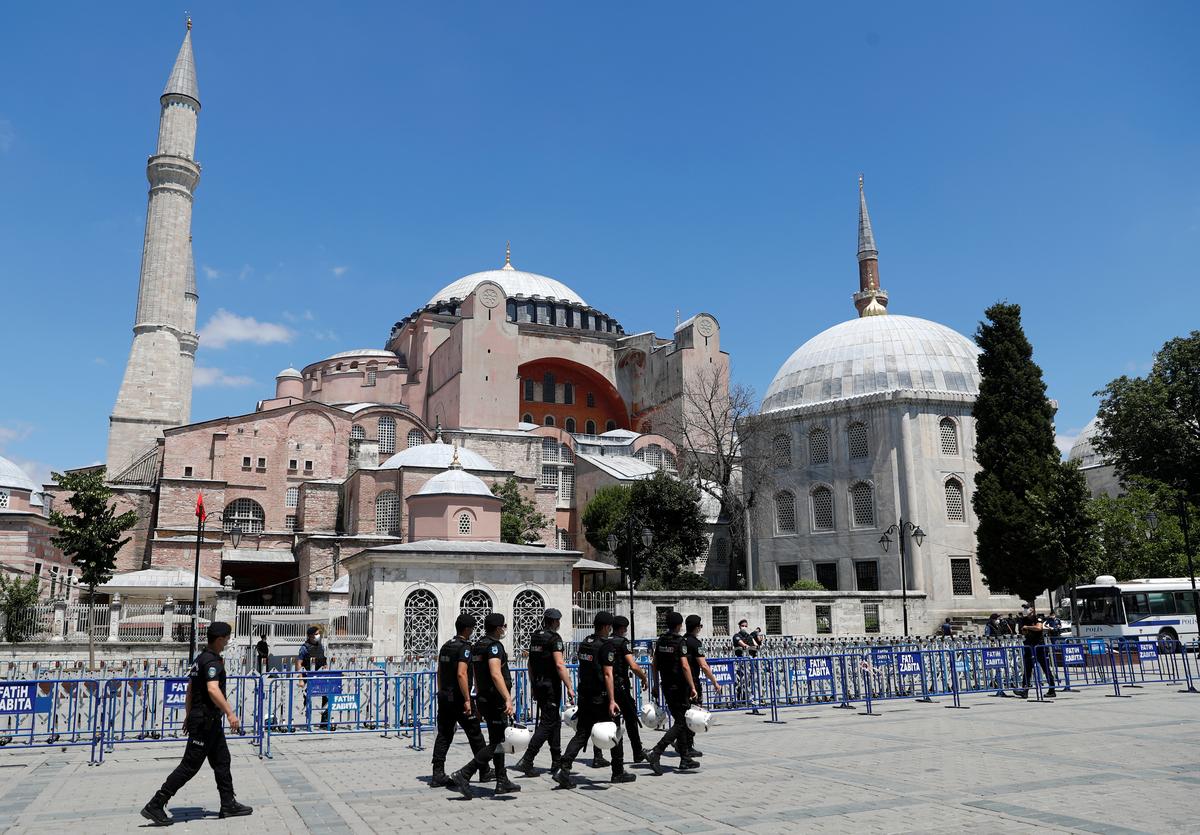 VATICAN CITY (Reuters) – Pope Francis said Sunday he was pained by Turkey’s decision to turn Istanbul’s Hagia Sophia museum into a mosque, the latest religious leader to condemn the move.

“My thoughts go to Istanbul. I think of Hagia Sophia and it hurts a lot, ”she said during her weekly blessing in St. Peter’s Square.

Turkish President Tayyip Erdogan said the first prayers would take place at Hagia Sophia on July 24, after declaring that the ancient monument was once again a mosque following a court ruling that revoked its museum status.

The World Council of Churches has asked Erdogan to reverse his decision, and Patriarch Bartholomew, the spiritual leader of the world’s Orthodox Christians based in Istanbul, called it disappointing.

Erdogan said that the nearly 1,500-year-old Hagia Sophia, which was once a Christian cathedral, would remain open to Muslims, Christians and foreigners.

He added that Turkey had exercised its sovereign right by turning it into a mosque and would interpret the criticism of the move as an attack on its independence.

Greece has condemned the measure, and UNESCO said its World Heritage Committee will review the status of Hagia Sophia and that Turkey’s decision raised questions about the impact on its universal value as a site of importance that transcends borders and generations.