Pope in audience: prayer opens us to the Trinity 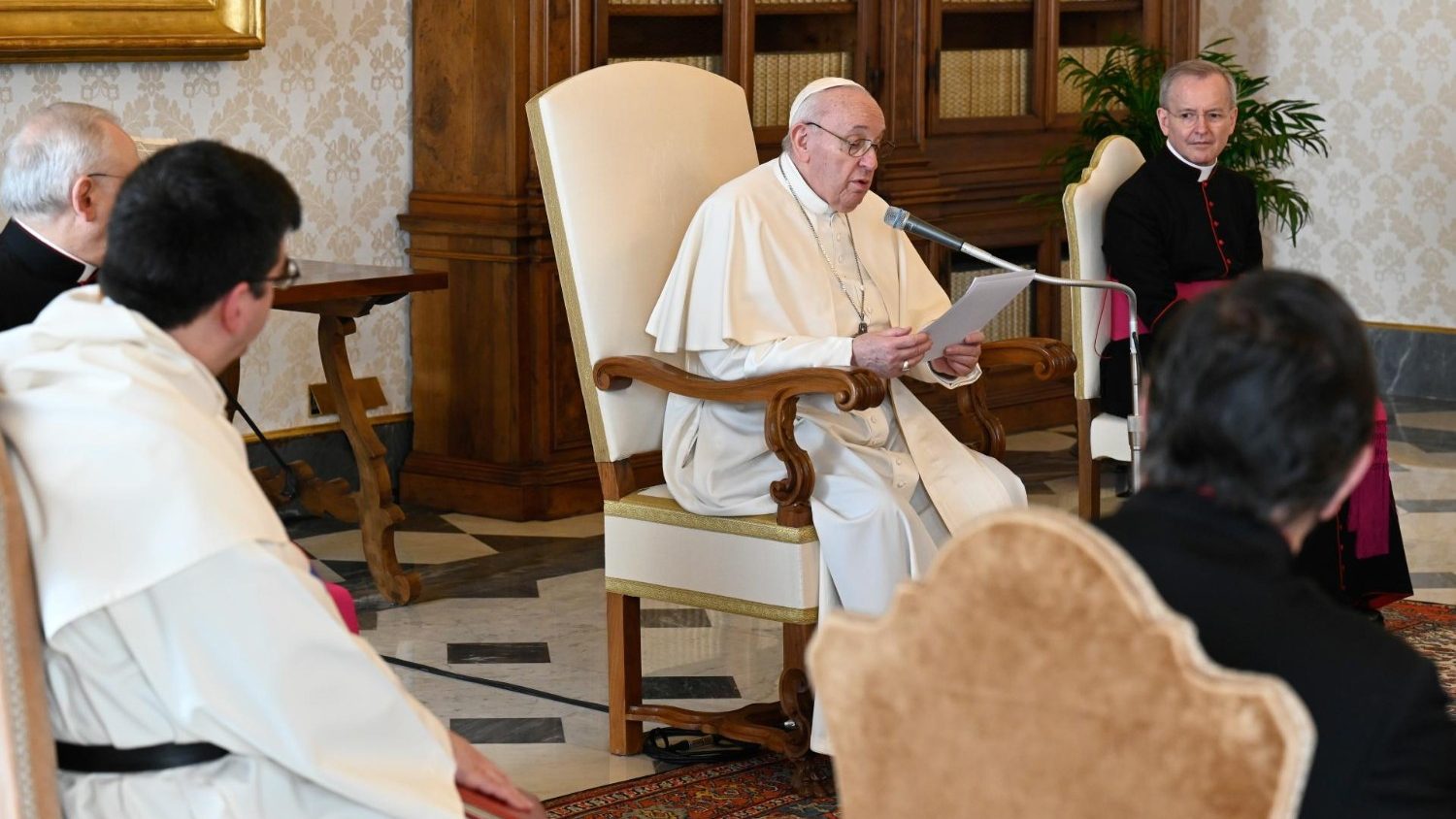 In Wednesday’s audience, Pope Francis says that we have access to the Trinity through prayer, thanks to Jesus.

“It is Jesus who opened heaven to us and projected us into a relationship with God,” Pope Francis said at Wednesday’s general audience. “Jesus has revealed to us the identity, this identity of God, Father, Son and Holy Spirit.”

The Holy Father continued his ongoing catechesis on prayer, focusing this week and the next on the relationship between prayer and the Trinity. It is thanks to Jesus Christ, the Pope said, “that prayer opens us to the immense sea of ​​God as love.”

Our poverty before God

The Pope pointed out that not all prayers are the same and suggests that “perhaps God is sometimes not satisfied with our prayers and we are not even aware of it.” He quotes the words of Saint Francis of Assisi, in the Canticle of the Sun: “No one is worthy of mentioning Your Name”; as well as the words of the Gospel centurion: “Lord, I am not worthy to have you come under my roof”, which we repeat at every Mass.

“There are no obvious reasons” why “humanity should be so loved by God,” or why it should hear our prayers, the pope said. He pointed out that throughout history, people have viewed gods or divinities as distant and indifferent, indifferent to human affairs. “In any case,” he said, “it is we who are trying to convince the deity and be pleasing in his eyes.”

“A God who loves humanity”

Only through Jesus do we have the “courage” to believe in a God who loves humanity, the Pope said. We see God’s love in the parables of the merciful father and the shepherd who goes in search of the lost sheep.

But, Pope Francis said, “We would not have been able to conceive or even understand such stories if we had not met Jesus.”

What kind of God is willing to die for people? What kind of God loves always and patiently, without demanding to be loved in return? What God accepts the tremendous lack of gratitude of a son who asks for his inheritance in advance and leaves home wasting everything? ”.

It is through his life, and his willingness to die for us, that Jesus shows us “to what extent God is our Father … fatherhood that is closeness, compassion and tenderness.”

We cannot understand the mutual love of the Father, the Son and the Holy Spirit in the Trinity, Pope Francis said, and without Jesus, we would not have been able to begin to understand “that this divine love would expand, landing on our human shore.”

Citing the Catechism, Pope Francis explained: “The sacred humanity of Jesus is, therefore, the way in which the Holy Spirit teaches us to pray to God our Father.” This, he said in conclusion, “is the grace of our faith. We really could not have expected a higher vocation: the humanity of Jesus makes the very life of the Trinity available to us ”.