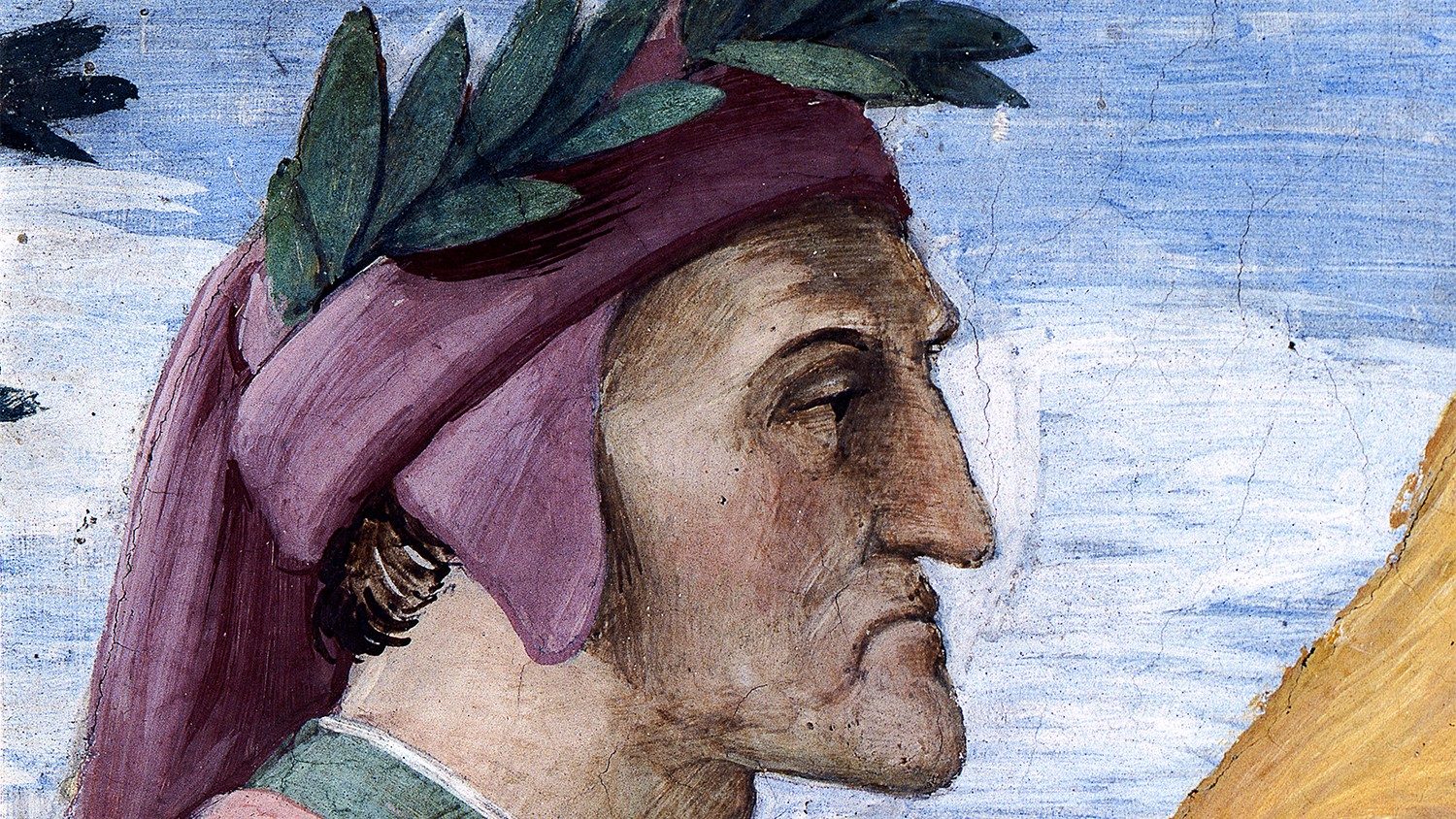 Pope Francis publishes an Apostolic Letter entitled “Sinceridad lucis aeternae” on the occasion of the 700th anniversary of the death of the great Italian poet Dante Alighieri, and highlights the relevance, timelessness and depth of faith in Dante’s masterpiece: “The Divine Comedy “.

700 years after his death in 1321, exiled in Ravenna from his beloved Florence, Dante still speaks to us. He speaks to the men and women of today, asking to be read and studied, but also to be heard and imitated on their way to happiness, that is, the infinite and eternal Love of God.

Thus writes Pope Francis in his Apostolic Letter “Sincerity lucis aeternae – Splendor of eternal light “, published on March 25, solemnity of the Annunciation of the Lord. The date is not accidental: the mystery of the Incarnation, derived from Mary’s full and total acceptance of God’s plan, says the Pope, it is “the true heart and inspiration of the whole poem” because it effected the prodigious exchange by which God enters our history by becoming flesh, and humanity “is brought to God, in whom it finds true happiness.”

The Popes and Dante

Divided into nine paragraphs, the Apostolic Letter begins with a brief excursion into the thoughts of various Popes about Dante. Then Pope Francis dwells on Alighieri’s life, calling it a “paradigm of the human condition” and emphasizing the “perennial topicality and importance” of his work. In fact, it is “an integral part of our culture,” the Pope writes, “Going back to the Christian roots of Europe and the West. It embodies that heritage of ideals and values ​​that the Church and civil society continue to propose “even today as” the basis of a human social order in which everyone can and should see others as brothers and sisters. ”

There are two main pillars in the “Divine Comedy” – the Pope explains – namely, “an innate desire in the human heart” and “fulfillment in the happiness bestowed by the vision of the Love that is God”. That is why Dante is a “prophet of hope”: because with his work he urges humanity to free themselves from the “dark forest” of sin to find “the right path” and thus reach “the fullness of life and the time of the history”. and “eternal bliss in God.” The path indicated by Dante, a true “pilgrimage” – the Pope points out – is “realistic and within reach” of all, because “God’s mercy always offers the possibility of change and conversion”.

The Apostolic Letter also gives prominence to three female figures of the “Divine Comedy”: Mary, the Mother of God, who represents charity; Beatrice, who represents hope; and Saint Lucia, which represents faith. These three women, who represent the three theological virtues, accompany Dante in the different stages of his pilgrimage, demonstrating that “we are not saved alone”, but that the help of those who “can support and guide us with wisdom and prudence” is necessary. What moves Maria, Beatriz and Lucia, in fact, is always divine love, “source of salvation and joy”, “to a renewed life and, therefore, to happiness”.

Dante and Saint Francis of Assisi

Next, the Pope dedicates another paragraph to Saint Francis, who in Dante’s work is represented in the “white rose of the blessed.” He sees “much in common” between the Saint of Assisi and the Supreme Poet: both, in fact, addressed the people, the first “went out among the people”, the second chose not to use Latin, but the vernacular, the language of everything. Both, moreover, open themselves “to the beauty and value” of Creation, mirror of their Creator. A brilliant artist, whose humanism “continues to be current and relevant”, Alighieri is also – he affirms – “a precursor of our multimedia culture, because in his work” word and image, symbol and sound, poetry and dance converge to convey a single message. . “

A message for everyone

The Pope continues to congratulate those teachers who “passionately communicate Dante’s message and introduce others to the cultural, religious and moral riches contained in his works” and asks that this “heritage” not be locked up in classrooms and universities, but to be known. and spread thanks to the commitment of Christian communities and cultural associations. He also calls on artists to “give voice, face and heart, shape, color and sound to Dante’s poetry by following the path of beauty that he traveled so masterfully”, to spread “a message of peace, freedom and brotherhood.” . A task, says the Pope, as relevant as ever in this historical moment, “clouded by situations of profound inhumanity and mistrust and future prospects.” The Supreme Poet – concludes the Apostolic Letter – can therefore “help us to advance with serenity and courage in the pilgrimage of life and faith that each one of us is called to do, until our hearts find true peace and true joy, until reaching the final goal of all humanity: The love that moves the sun and the other stars”.