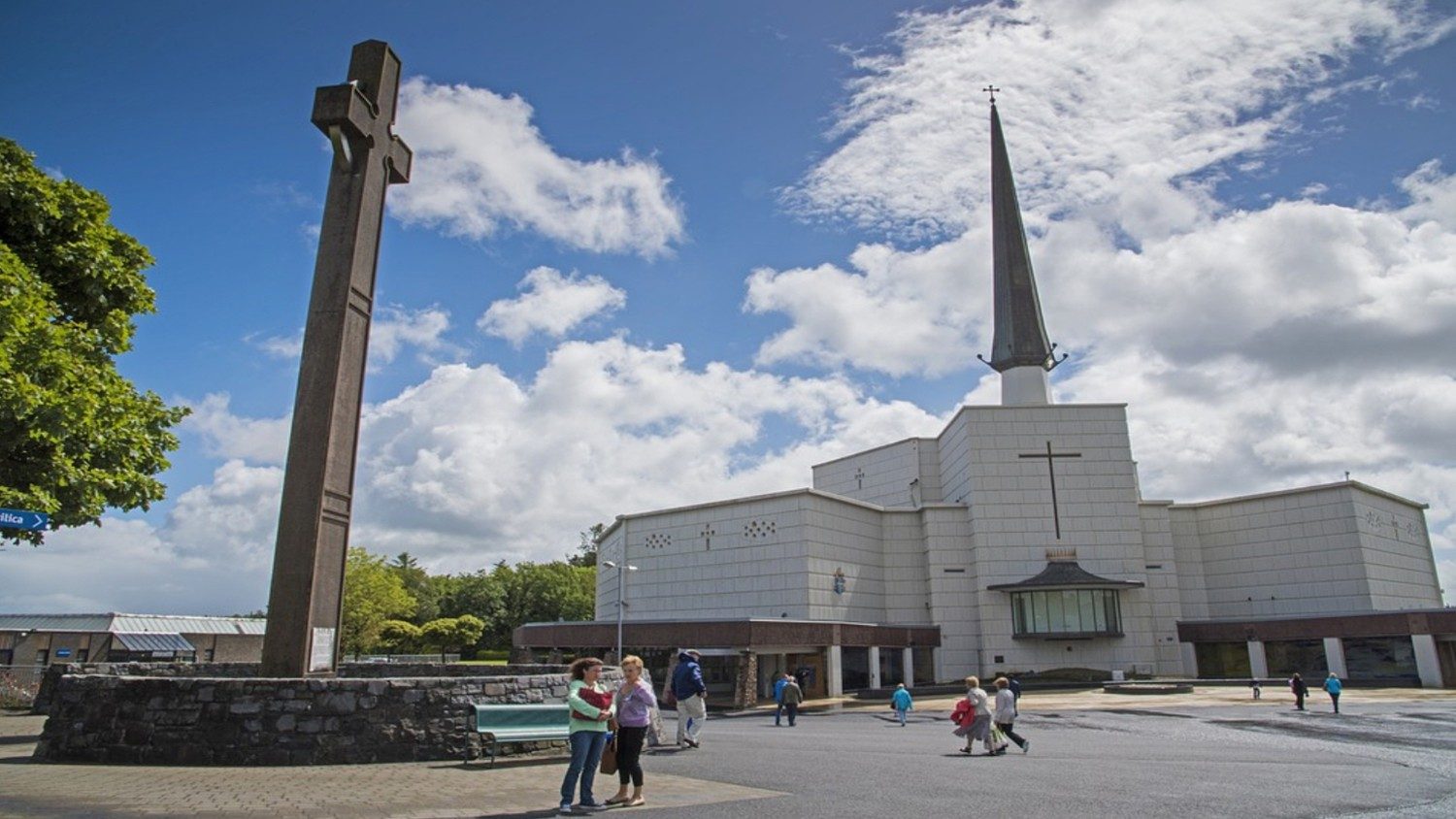 Pope Francis highlights devotion to Our Lady in a video message Friday when Ireland’s Knock Shrine, which has had the status of a national Marian Shrine for decades, is elevated to the status of an International Shrine of Eucharistic and Special Marian Devotion.

Pope Francis sent a video message to the Irish faithful on Friday marking the elevation of the National Shrine of Our Lady of Knock to the status of an International Marian and Eucharistic Shrine.

“With great pleasure I take advantage of this means of communication to be with you at such an important moment in the life of the Shrine,” said the Pope.

The date chosen for the occasion is March 19, the liturgical solemnity of Saint Joseph, husband of the Blessed Virgin Mary.

“Since the apparition on August 21, 1879, when the Blessed Virgin Mary, along with Saint Joseph and Saint John the Apostle, appeared to some villagers,” the Pope said, “the Irish people, wherever they have been found, have expressed his faith and devotion to Our Lady of Knock ”.

Following the apparitions 142 years ago, Knock has become one of the most popular religious sites in Ireland, welcoming thousands of pilgrims each year. In 1979, Pope Saint John Paul II visited the Shrine. Pope Francis also visited Knock in August 2018 during his Apostolic Visit to the country as part of the World Meeting of Families.

Recognizing the many Irish priests who left their homeland to become “missionaries of the Gospel”, as well as the many lay people who migrated to distant lands but still maintained their devotion to Our Lady, Pope Francis highlighted the service of the Church in Ireland to faith.

“You are a missionary people,” he said.

“How many families in the course of almost a century and a half have transmitted the faith to their children and have gathered their daily work around the recitation of the Rosary, with the image of Our Lady of Knock in the center.”

The great value of silence

“The arms of the Virgin, extended in prayer, continue to show us the importance of prayer as a message of hope that comes from this Shrine,” said the Pope.

He recalled that in the apparition of Our Lady in Knock, “the Virgin does not say anything”, however, her silence is a language, “the most expressive language we have.” Knock’s message, therefore, is that of the “great value of silence for our faith.”

This silence before the mystery does not mean renouncing understanding, but rather “understanding with the help and support of the love of Jesus”, the Pope explained. It is also a silence before “the great mystery of a love that cannot be reciprocated if one does not trust in abandonment to the will of the merciful Father.”

The Holy Father also pointed out that this is the silence that Jesus asks of us in the Gospel of Matthew: “When you pray, go to your inner room, close the door and pray to your Father in secret. And your Father, who sees in secret, will reward you. When praying, do not babble like the pagans, who think they will be heard by their many words. Don’t be like them. Your Father knows what you need before you ask him ”(Matthew 6: 6-8).

The responsibility to welcome everyone

Pope Francis continued to emphasize the “great responsibility” attached to the recently elevated International Shrine of Our Lady of Knock.

“You accept to always have open arms as a sign of welcome to any pilgrim who may arrive from anywhere in the world, without asking for anything in return, only recognizing them as a brother or sister who wishes to share the same experience of fraternal prayer,” urged the Dad.

He also expressed his desire that this welcome “be united to charity and become an effective witness to a heart open to receive the Word of God and the grace of the Holy Spirit that gives us strength.”

Concluding his message with an invocation of God’s blessings on all, Pope Francis prayed that the Eucharistic Mystery, which unites us in communion with Jesus and with each other, will always be the rock on which to faithfully live our vocation as’ missionary disciples. ‘. How maria. He also implored Our Lady to “protect us and console us with her merciful face.”