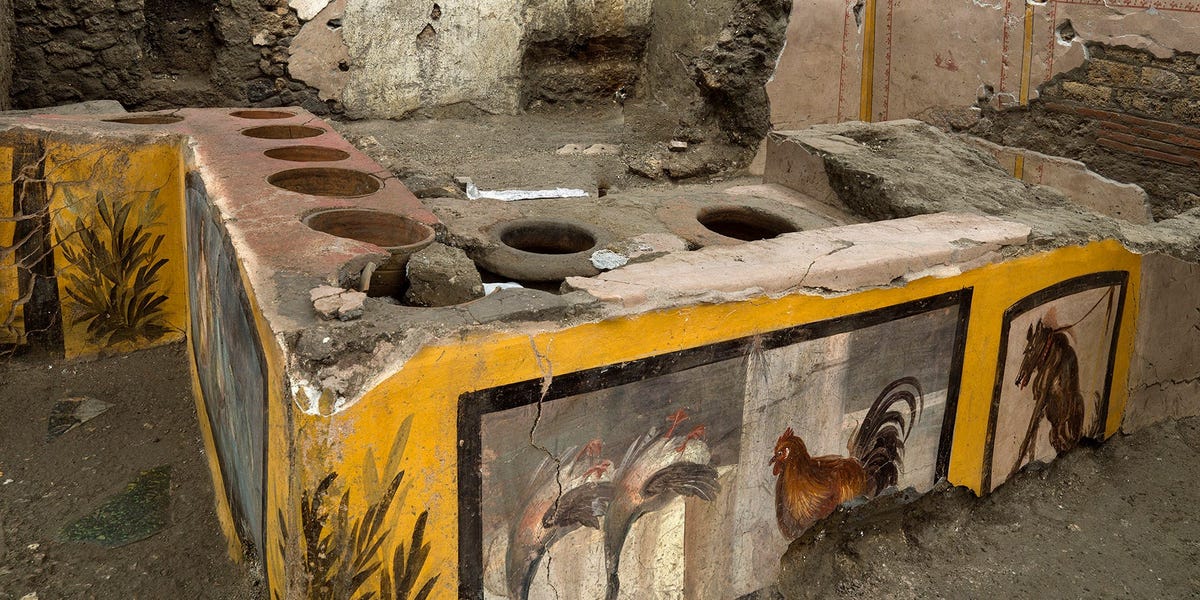 Archaeologists uncovered an ancient fast food counter in the ruins of Pompeii, and show that the taste has not changed much in the last 2,000 years.

The site, first discovered in 2019, was buried by a volcanic eruption of Mount Vesuvius in 79 CE. The excavation revealed a hot food and beverage counter, the equivalent of street food or fast food today, called thermopolium, literally “hot beverages sold.” At least 80 of these fast food shops have been found so far in Pompeii, but the site was first excavated.

Read more: The restaurant battled each other with breakfast offerings for years. In 2021, they will have a new competitor – large food companies.