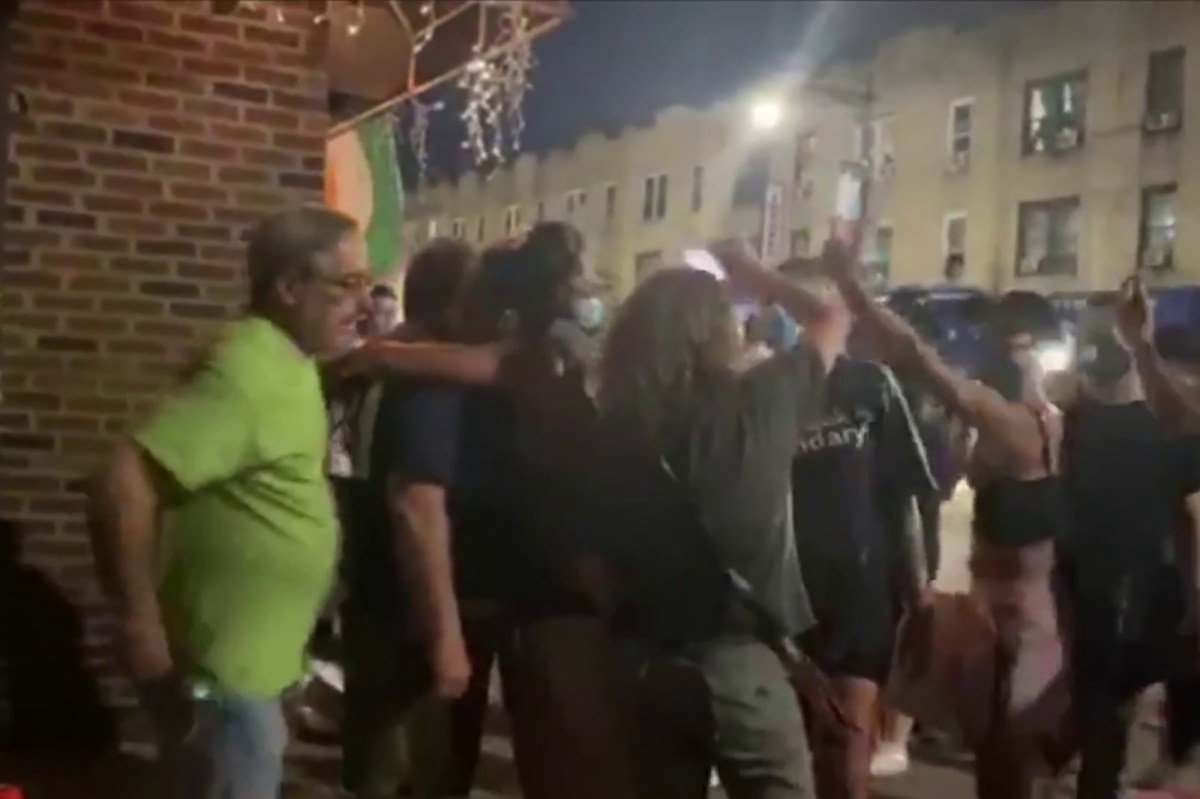 Pro-police protesters clashed with Black Lives Matter protesters in South Brooklyn for the second day in a row Sunday night in a tense clash where protesters set fire to an American flag and threw eggs at each other.

Anti-police protesters set fire to an American flag and also burned a Blue Lives Matter T-shirt, hat and sign, according to images from the demonstration.

The footage showed several in the anti-police crowd blocking a NYPD van from transporting the alleged assailant, and some said it was because the man had not been handcuffed as they believed he should have been.

“Fk the police” and “Fk you terrorists b-tches,” they chanted.

Another clip posted online showed a police officer hit in the face by an egg.

Around 9 p.m. M., The police were trying to push back both groups, as disputes continued to erupt. At least one garbage can on Fifth Avenue was set on fire, and soon became a bonfire when people threw signs and other cardboard materials caught on fire.

“Why are you setting fire?” A woman holding a plastic wine glass asked an anti-police protester.

The protester replied, “Get your drunk out of my face.”

Outside the Leif Bar on 5th Avenue, about five Blue Lives Matter supporters and a group of counter-protesters began exchanging jokes, but were later seen hugging each other.

New York police said they had no immediate arrest records.

Councilman Justin Brannan, whose district includes Bay Ridge, wrote on Twitter that he was “disturbed” by the violence and was meeting Monday with local campus 68.

“The blame falls squarely on the feet of officials and elected leaders who refused to take responsibility for the vitriol and the hatred displayed in yesterday’s protest,” he wrote, referring to the clashes that took place in Dyker’s neighbors. Heights on Saturday.

Councilman Chaim Deutsch, who represents other neighborhoods in southern Brooklyn, tweeted that he was “upset” to see Old Glory burned by protesters.

“Disgusted to see images of American flags being burned today at an anti-police rally in Bay Ridge,” he wrote. “If you hate America enough to burn our flag, feel free to go.”