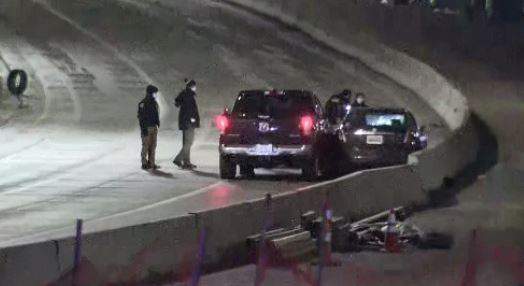 Detroit – an off-duty Detroit Police Officer was injured During a shootout with a pickup truck driver According to officials who repeatedly hit his vehicle on I-75.

The officer was heading south on I-75 near Springwells Street Southwest detroit Police said it was again after midnight Thursday when she was rear-ended by a black Ford F-150.

Authorities said as he tried to escape, the pickup truck chased him and hit his vehicle, causing it to penetrate under the construction barrier wall.

Police said both the officer and a 34-year-old man opened fire during the shootout.

Authorities said the officer had a severe wound to his body before fleeing the 7900 block of Olivet Street and asking for help. She was taken to a nearby hospital by medical authorities and listed as stable.

Police said the 34-year-old man was also shot. He was detained and taken to a nearby hospital in critical condition.

According to officials, the circumstances surrounding the incident are still being investigated.