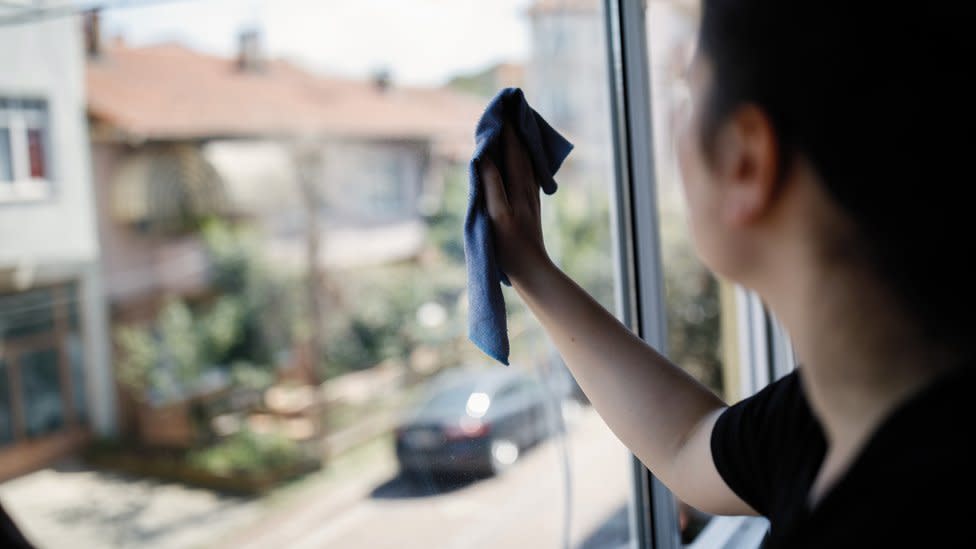 The wife of a Singaporean police officer admitted to starving, torturing and eventually killing her Myanmar maid.

The worker reportedly weighed just 24 kg (53 pounds) when she died from her injuries in the 2016 incident.

It is among a string of high-profile maid abuse cases in the wealthy city-state in recent years.

Human rights groups have raised concerns about how foreign domestic workers, many of whom come from neighboring Asian countries, have been treated.

On Tuesday, Murugayan, 40, pleaded guilty in Singapore court to 28 counts, including the wrongful death of Piang Ngaih Don. If convicted, she could be jailed for life.

The court heard that Ms. Piang started working for Ms. Murugayan in 2015, in her first job abroad.

Ms. Murugayan began abusing her since October 2015 after claiming that Ms. Piang was “slow, unsanitary and ate too much,” according to local media reports citing legal proceedings.

CCTV footage from cameras installed in the house showed the abuse she suffered in the last month of her life, often assaulted several times a day. Ms. Murugayan also reportedly burned her with a hot iron and was charged with “throwing her like a rag doll”.

The court heard that Ms. Piang’s meals often consisted of slices of bread soaked in water, cold food from the refrigerator, or some rice. He lost 15 kg, about 38% of his body weight, in 14 months.

The 24-year-old aide died in July 2016 after Ms. Murugayan and her mother repeatedly assaulted her for several hours. An autopsy report later found that Ms. Piang died from a lack of oxygen to her brain after being repeatedly suffocated.

Prosecutors requested life in prison for Ms. Murugayan, while defense attorneys requested a reduced sentence arguing that she was suffering from depression at the time and had been diagnosed with obsessive compulsive personality disorder.

On Wednesday, Singapore Human Resources Minister Josephine Teo said Ms Piang’s situation had not been noticed despite multiple medical visits and checks from her employment agency.

In one case, the doctor saw bruises, but Ms Murugayan claimed that the victim fell frequently.

Ms. Teo called the case “appalling” and said multiple safeguards have been put in place in recent years to protect foreign domestic workers.

He later told reporters that his ministry is reviewing how doctors report medical examinations, adding that they have a “duty” to inform police if they detect signs of abuse.

Singapore is home to around 250,000 foreign domestic workers, usually from countries like Indonesia, Myanmar or the Philippines.

In 2017, the BBC spoke with a Filipino maid who said she was abused by a wealthy family in Brazil.