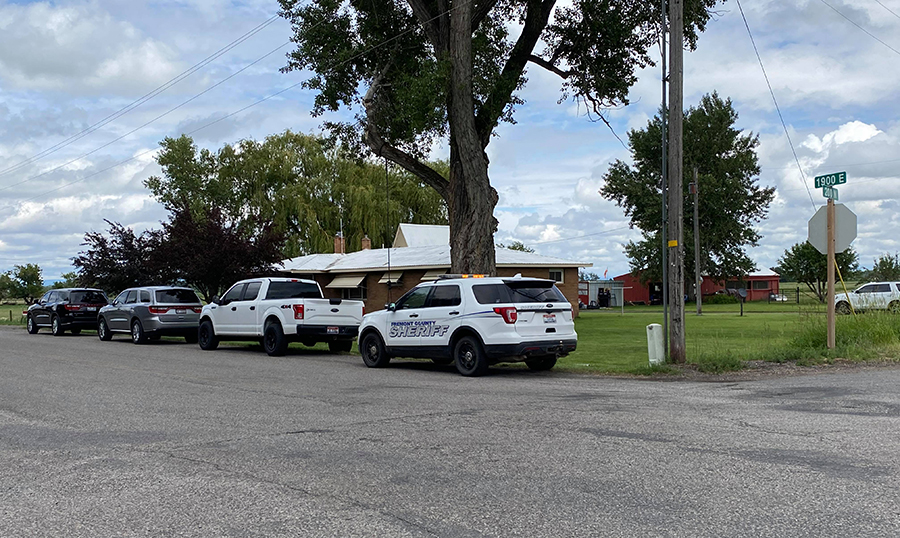 Officers in marked and unmarked vehicles arrived around 1:15 pm and showed some documents to Daybell’s son-in-law, who has been living in the home with his family, witnesses say. Police entered the house, the buildings outside the property and were seen in the backyard with cameras. They left around 2:50 pm It is unknown what the agents were looking for, and Madison County District Attorney Rob Wood declined to comment on the order.

Monday’s scene is dramatically different from when a search warrant was filed on June 9 at the same house. Dozens of officers were on the scene and the roads were closed for two days while the Daybell property was excavated. Police discovered the remains of Joshua “JJ” Vallow and Tylee Ryan during their search.

Chad Daybell was arrested on June 9 and charged with two serious crimes of destruction, alteration, or concealment of evidence. The children’s mother, Lori Vallow Daybell, is charged with child desertion and three misdemeanors. Both remain in jail on $ 1 million bail.

RELATED | The human remains were buried on Daybell’s property in the days after JJ and Tylee went missing, according to documents.