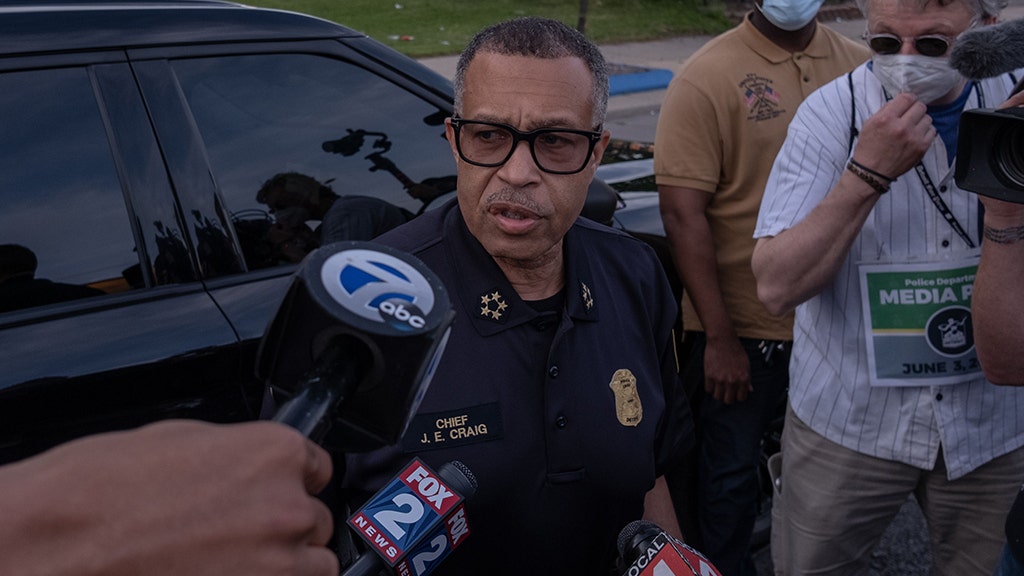 A person from Detroit was shot and killed on Thursday, causing a sword in the middle of the road and then throwing a dagger at a police officer.

“The Detroit News reported Thursday night that Craig was standing in the middle of the street armed with a sword,” Craig said. “When officers arrived there, they told him to knock it down. At some point, the suspect takes out a second sword; I think he had three, and a dagger.”

Police came to know after the return of various modes in the motorcycle city: ‘We did not come here’

Craig said, “He throws a dagger, and attacks an officer under his eye.” “The officer deploys his Taser, but the suspect appears wearing tactical gear, and the Taser is not effective.

“The officer’s partner fired a round, causing the suspect to flee,” Craig said.

The suspect continued to chase the officers and jumped into the driver side of one of the patrol cars.

“Seeing what a good Samaritan was doing … took his personal vehicle and he used it to stop the suspect,” Craig told reporters.

The headman said that he was not clear what had happened next, but the suspect was rushed to the hospital and succumbed.

The officer who was killed by a dagger is being treated at a local hospital for a wound below his right eye.

The case is still under investigation. The shooting today marked the third police-related fatality of the month and the fourth Police Department shooting in Detroit.

In an incident last week, a man was caught selling drugs with a partially concealed weapon, approached by an officer, which led to a leg chase. The suspect then pointed his gun at the officer. According to The Detroit News, the officer shot and injured the suspect.

Another police-related shooting occurred on July 19 after a high-speed chase, resulting in the car crashing into a tree. The suspects inside the vehicle came out to escape and one person took out a pistol. The police shot and killed the suspect.

In a video released on July 10 of 20-year-old Hakeem Littleton, the man was allegedly shot in the legs of a police officer away from his head. Craig said police opened fire and shot and killed him.