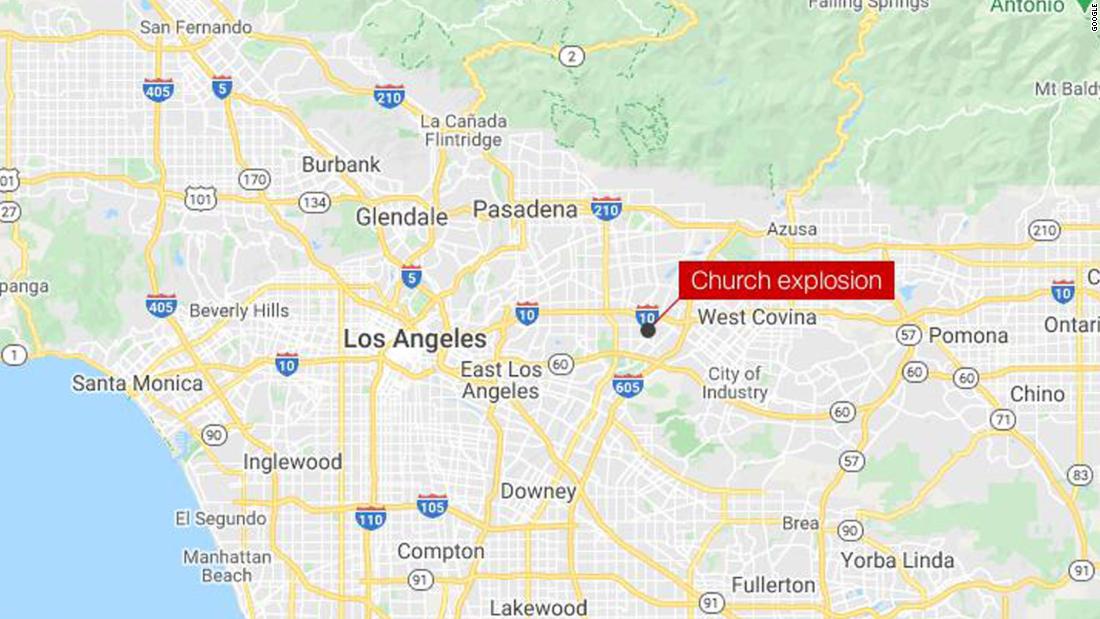 Police were called to First Works Baptist Church in El Monte around 1pm, where they found vandalism and smoke rising out of the church window from the church window, which appeared to be sunken inside.

“We realized that the windows were not broken, because they actually flew from some kind of explosion,” said Lt. Christopher Cano of the El Monte Police Department.

The FBI’s Los Angeles Field Office said agents reacted with El Monte police and the Los Angeles County Sheriff’s Department in what the church called an “IED attack.” The IED is an acquaintance for improvised explosive devices.

The field officer said in a statement, “Bomb technicians and an evidence response team are processing the scene that sustained the damage. No injuries were reported.”

The field office said a joint investigation is ongoing and anyone with information about the incident should contact the Los Angeles field office.

Police provided no further details and church representatives were not readily available for comment.

According to CNN affiliate KCL, the church was the center of some local protests because of its condemnation of same-sex relationships.
The church is described on its website as an “independent, fundamental” Baptist church, which includes a doctrine listing the church’s beliefs. One of the beliefs listed is: “We believe that homosexuality is a sin and an abomination that God commits to death.”
According to the group’s Facebook page, a protest scheduled for Sunday by a group called Keep El Monte Friendly has been canceled.