Pluto’s mountains are covered with snow, but not for the same reasons on Earth 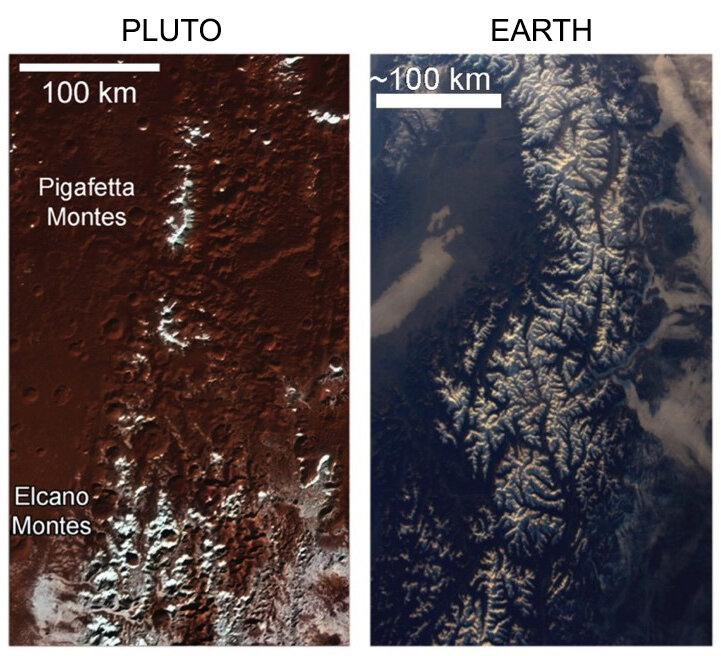 In 2015, the New Horizons space probe discovered spectacular snow-capped mountains on Pluto, very similar to the mountains on Earth. Such a scene was never seen elsewhere in the solar system. Although the atmospheric temperature on our planet decreases at altitude, on Pluto they heat up at altitude as a result of solar radiation.

So where does this snow come from? An international team led by CNRS scientists 1 conducted the discovery. They first determined that the “snow” on Pluto’s mountains actually consisted of frozen methane, traces of this gas present in Pluto’s atmosphere, such as water vapor on Earth. To understand how the same scenario could be produced under such different conditions, he used a climate model for the dwarf planet, which showed that due to its special dynamics, Pluto’s atmosphere was gaseous at altitude Rich in methane.

As a result, it is only on the peaks of the mountains to reach this rich region that the air contains enough methane for condensation. Methane is too low for methane to form at low altitudes. This research published in Nature communication, Can also explain why thick glaciers made of methane are seen elsewhere on Pluto Bristol with spectacular craggy ridges, unlike the flat glaciers of the Earth, which include water.