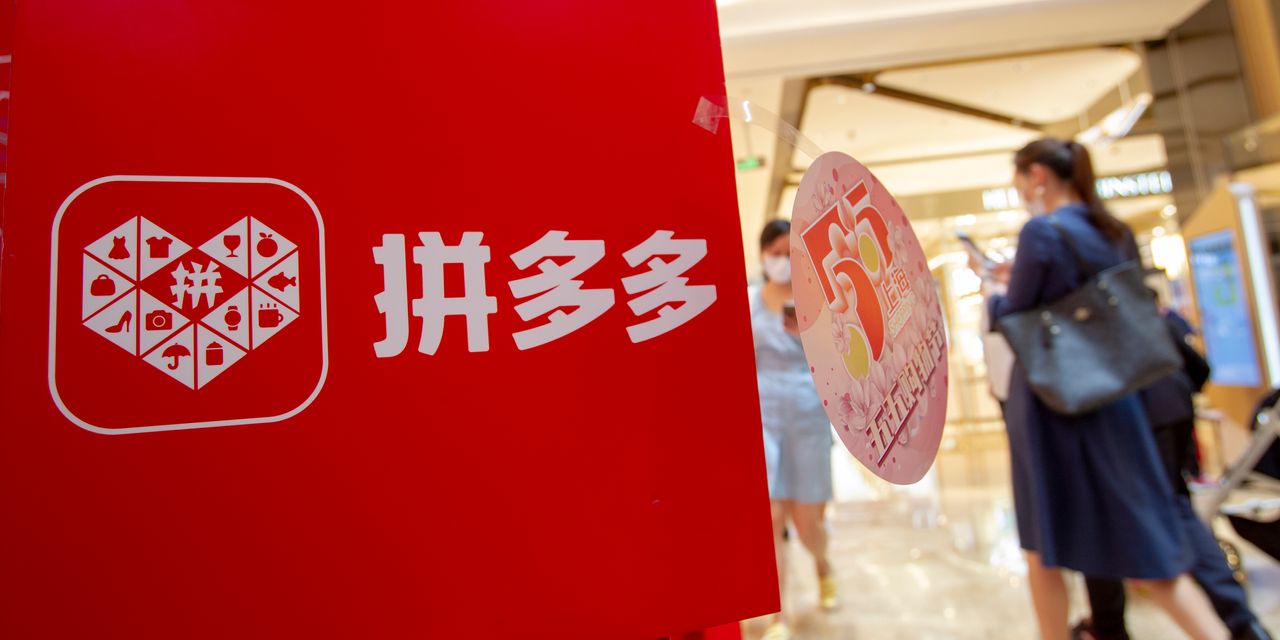 Founder and chairman Colin Huang resigned from the company on Wednesday, even as the five-year-old company overtook Alibaba Group Holding. Limited.

to become the largest e-commerce company in the country by annual active buyers.

Huang, 41, is resigning as China’s powerful internet sector comes under increasing scrutiny from the government. His resignation follows another departure from a major company in the sector: The CEO of financial technology giant Ant Group Co., Simon Hu, resigned earlier this month.

In a letter to shareholders, Huang said he would resign to pursue personal interests in life sciences. It is in talks with Chinese universities to establish biotechnology research laboratories, said a person familiar with the matter. For his next step, he will study biotechnology in these labs, the person said.

Huang said in a letter to shareholders that the board approved his resignation as chairman on Wednesday. Chief Executive Officer Chen Lei will take on the additional role of chairman of the Nasdaq-listed company.

The company released its October-December results on Wednesday. Pinduoduo’s quarterly revenue increased 146% year-over-year to around $ 4 billion.

Huang, who resigned as Pinduoduo’s chief executive in July, remains the company’s largest shareholder. He pledged to extend the lockdown period on his shares for a further three years, according to the letter.

The supervoting rights associated with his shares were eliminated when he resigned from executive responsibilities, and Huang said he would entrust the voting rights of these shares to the board.

Huang, in the letter, said that the pandemic has accelerated Pinduoduo’s improvements in its operations and helped form a new generation of leaders. “It is time to let them shape the Pinduoduo they aspire to build,” he said.

Beijing in recent months has been moving to control China’s powerful Internet sector, including e-commerce companies. Among those most affected are Alibaba, which is under antitrust investigation; its fintech subsidiary Ant, whose initial public offering was canceled in November; and its founder Jack Ma.

Since leaving the CEO position, Huang had walked away from the day-to-day operations of Pinduoduo, a person familiar with the matter said.

Chen, a data scientist who studied at the University of Wisconsin-Madison, has been closely involved in strategic and operational decisions as a member of the founding team.