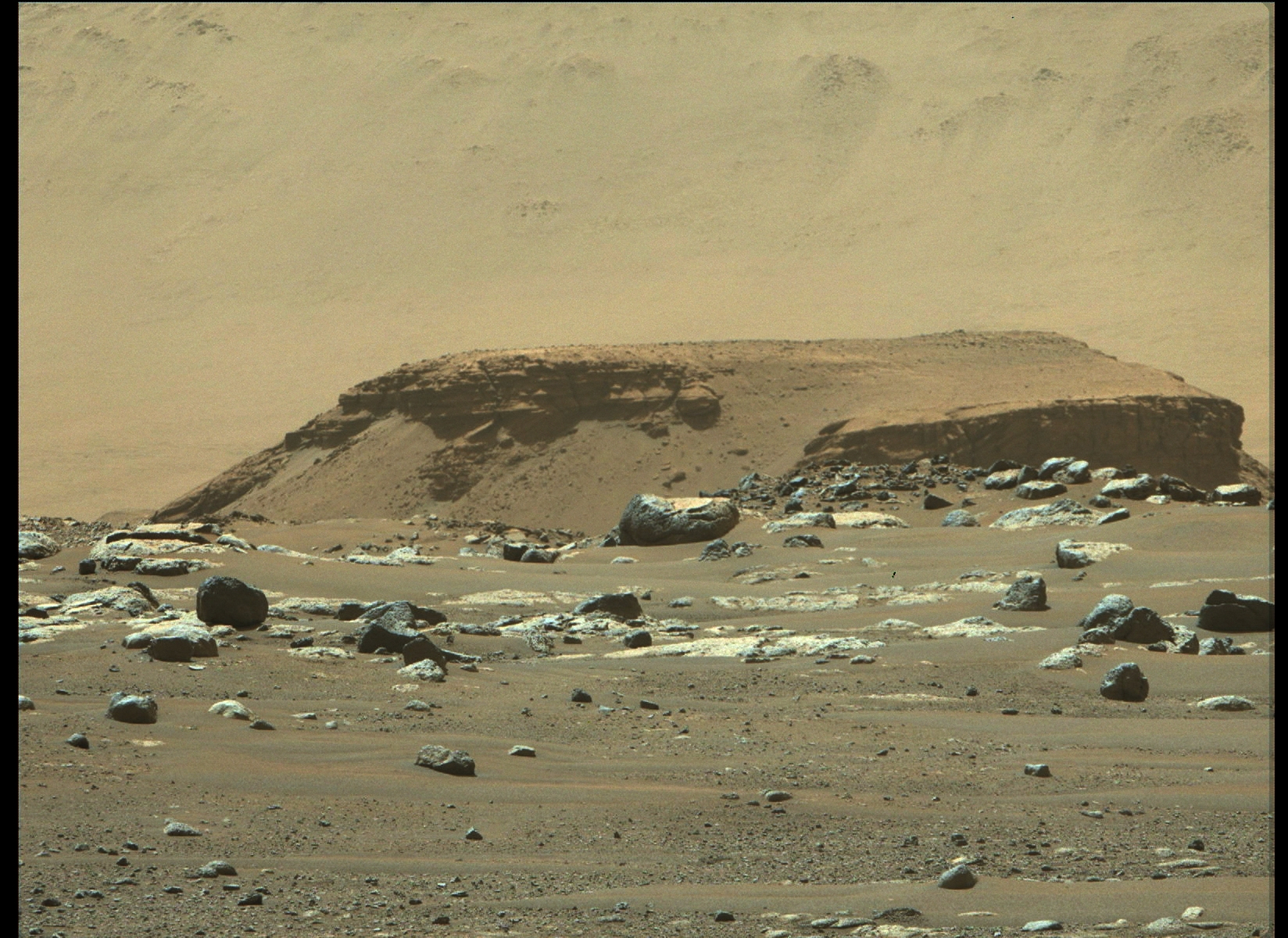 NASA’s Perseverance rover has captured a spectacular image of an area near its landing site that scientists believe was the place where an ancient Martian lake and river once met.

The rover’s landing site, which NASA has named in honor of the late science fiction author Octavia E. Butler, is in the 28-mile-wide Jezero crater, which researchers believe was home to a delta of a river billions of years ago, making it a promising place. to look for signs of ancient microbial life.

On February 22, Perseverance took an image of its landing site showing the remnant of a fan-shaped sediment deposit known as a delta using its Mastcam-Z camera system.

According to NASA, scientists believe that this delta is what remains of the confluence between an ancient river and a lake that was once in the crater.

In the image, the delta remnant is the raised area of ​​dark brown rock in the middle of the shot. The remnant is located about 1.4 miles west of Octavia E. Butler’s landing site.

The visible part of the remnant is about 660 feet wide, NASA said. The colors in the image are an approximation of what we would see with human eyes if we were looking at the geological feature of Mars.

The photo is the first high-resolution panoramic of the Mastcam-Z system, the rover’s “main eyes,” according to the instrument’s principal investigator Jim Bell.

Discussing the image in a virtual teleconference on Friday, Katie Stack Morgan, deputy scientist for the Perseverance project at NASA’s Jet Propulsion Laboratory, said: “The rocks in the foreground may be similar to those at the rover’s landing site. and its surroundings.But I would like to draw attention to the rocks on the mound in the background.

“These rocks look remarkably different in that the layers within the rock seen in this outcrop can be resolved. These rugged layered rocks were likely deposited by rivers flowing into ancient Lake Jezero and the scientists on the team they are working hard to understand the importance and origin of rocks like this, which we are seeing on the ground at the landing site for the first time. “

But before the rover can begin exploring the delta, the Perseverance team needs to figure out how to get there. Morgan said the science team is currently working with engineers to determine the best route – that is, the safest, most efficient and scientifically most interesting route – for the rover to drive to the delta.

Once the rover reaches the mouth of the river that once entered Jezero, Morgan said it will likely deposit its first sample deposit.

The rover is capable of collecting samples and depositing them in special tubes, while recording their location on the surface. Hopefully, future missions to Mars will be able to collect these samples and return them to Earth for detailed analysis.

On March 4, the rover completed its maiden voyage to Mars, traveling 21.3 feet across the surface in a mobility test that served as an important milestone for the first part of the mission.

During the first two weeks of its mission, the rover has already sent about 7,000 images to Earth, “including our first views of some of the geological exploration targets that brought the rover to Jezero,” Morgan said.