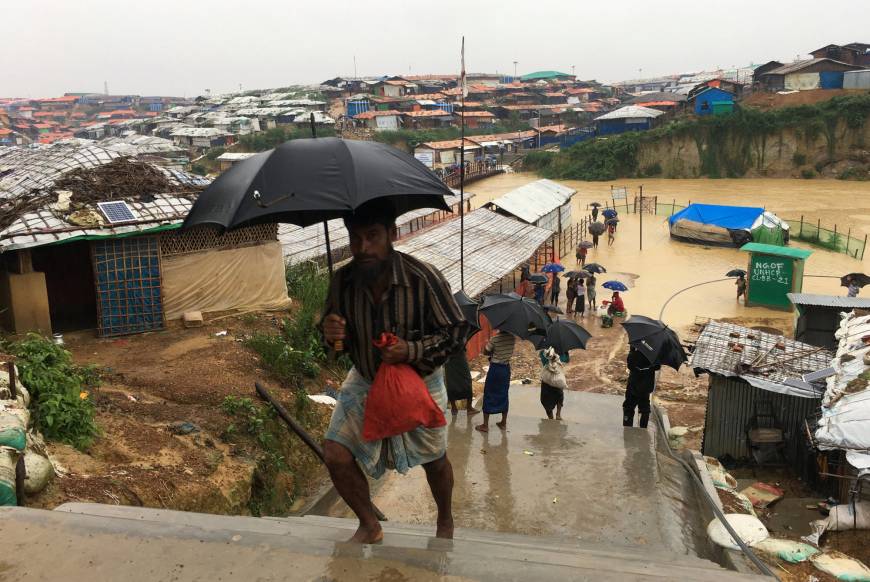 YANGON, MYANMAR – A new commission established by Myanmar to examine human rights abuses in Rakhine state has been criticized by observers on Tuesday as a "political trick", as the country tries to avoid greater censure on his treatment of his Rohingya Muslims.

The government announced on Monday night that an "independent" commission of inquiry had been established but did not give details of its mandate, powers or the deadline to complete its report.

through the Rohingya peoples in a campaign that began last August after a series of insurgent attacks, forcing some 700,000 to flee en masse to Bangladesh.

The Rohingya have told testimonies of widespread killings, rapes, torture and arson at the hands of Rakhine's army and ethnic Buddhist mobs, in violence that the UN called ethnic cleansing.

In the decades before Rohingya, a country that considers them illegal immigrants from Bangladesh was systematically stripped of their rights.

"Given the weight of the evidence collected by Amnesty International, the UN and the media, this CoI (commission of inquiry) is a gross gesture, not a genuine investigation," he said, adding that it can only "collide with an army that conceals ethnic cleansing. "

Members of the new commission include two foreign citizens and two from Myanmar: the former Philippine Foreign Affairs Minister Rosario Manalo, the former UN representative in Japan Kenzo Oshima, the former president of the Myanmar Constitutional Court U Mya Thein and Aung Tun Thet, who heads the Myanmar government body dedicated to the Rohingya crisis.

In an interview with the Bangladeshi newspaper The Daily Star in April, Aung Tun Thet denied that there had been an ethnic cleansing of the Rohingya in Rakhine.

Inte Legal Adviser to the Commission of Jurists (ICJ), Sean Bain, pointed out that previous investigations of Rakhine had produced no tangible results.

"tend to be ad hoc, rarely lead to prosecution and do not provide redress," he tweeted. "The results of impunity undermine justice and embolden the perpetrators."

Human Rights Watch Myanmar Researcher Rich Weir said the new body would be used as previous commissions "as distractions and shields of criticism and pressure".

Myanmar political analyst Soe Myint Aung said the creation of the new commission will not work well within the country either. 19659002] "Some think she is not strong enough, others think she is conceding too much internationalizing an internal problem," she said of civilian leader Aung San Suu Kyi, who was attacked around the world by the crisis but remains a heroin in the country.

The military has denied almost all the accusations of human rights abuses, justifying their "demining operations" as a way to expel the Rohingya militants who killed around a dozen border police officers last August.

Doctors Without Borders (MSF) estimates that at least 6,700 Rohingya were killed in the first month of the Army campaign alone.

LATEST STORIES OF THE PACIFIC OF ASIA