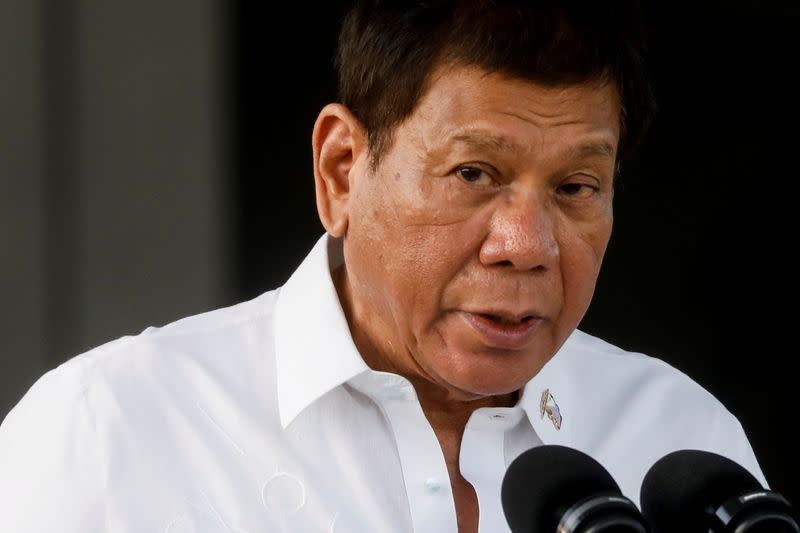 International concern has grown in recent days over what the Philippines has described as a “swarming and threatening presence” of more than 200 Chinese vessels it believes were manned by maritime militias.

The ships were moored at Whitsun Reef within Manila’s 200-mile exclusive economic zone.

“The president said that we are really concerned. Any country will be concerned about that many ships,” Duterte spokesman Harry Roque said at a regular news conference.

Brunei, Malaysia, the Philippines, Taiwan, China and Vietnam have competing territorial claims in the South China Sea, through which at least $ 3.4 trillion of annual trade passes.

Roque said Duterte reaffirmed to China’s ambassador Huang Xilian that the Philippines won a landmark arbitration case in 2016, which made its sovereign rights clear amid rival claims from China.

China’s maritime assertiveness has put Duterte in an awkward position throughout his presidency due to his controversial embrace of Beijing and his reluctance to speak out against it.

Instead, he has accused his close ally the United States of creating a conflict in the South China Sea.

The Chinese embassy in Manila did not respond to a request for comment on the Duterte meeting.

On Wednesday, he said the boats on the Whitsun Reef were fishing boats taking shelter from the rough seas. A Philippine military spokesman said that China’s defense attaché had denied that there were any militias on board.

A Vietnamese coast guard boat could be seen moored near the disputed area on Thursday, according to boat tracking data published by the Marine Traffic website.

Hang said the Vietnam Coast Guard was “exercising its duties as regulated by law,” including international law.

(Reported by Neil Jerome Morales in Manila and Phuong Nguyen and James Pearson in Hanoi; edited by Martin Petty)