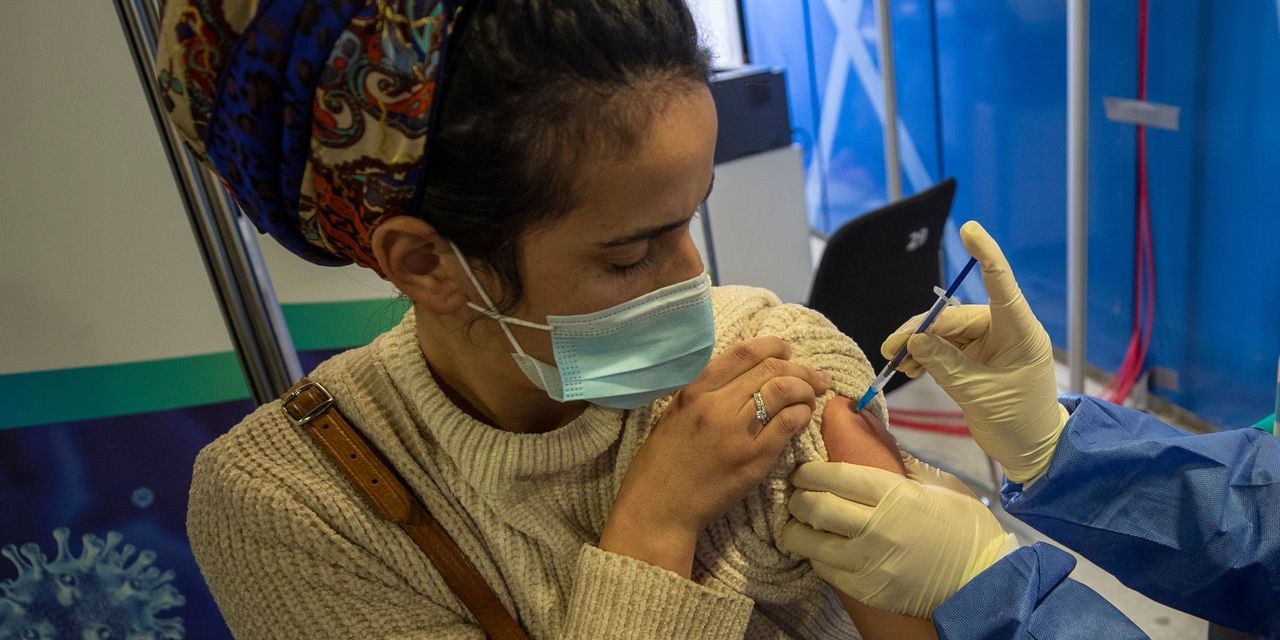 and BioNTech SE is equally effective in all age groups, including those over 60, according to a new Israeli study, in a confidence boost for global vaccine efforts.

The Pfizer vaccine provided about 94% protection against the development of coronavirus symptoms in all age groups older than 16 years one week after the second injection of a recommended two-dose regimen, according to a study by Institute researchers. Clalit Research Center of Israel and Harvard University. The study also found that the vaccine is 92% effective in preventing serious diseases.

The results are in line with the vaccine maker’s own clinical trial, but the large size of the study, which covered nearly 1.2 million people, provides a more accurate view of older age groups that were sparsely covered by the drug manufacturer trial, according to the study authors. .

The peer-reviewed study, part of which was previously reported, was published Wednesday in the New England Journal of Medicine.

Israel is the only country that has started vaccinating all age groups over 16 in relatively large numbers, as part of its campaign to inoculate the majority of its nine million people by March.

The pace of Israel’s inoculation campaign and its technologically advanced healthcare system have enabled researchers to collect real-world data on the vaccine, from effectiveness to side effects, and given them an unprecedented insight into the effect of the vaccine. vaccine in various age groups. The results offer important new insights for other countries as they implement their own programs.

The researchers in this study were able to analyze data from about 1.2 million people and two decades of their health records. Because the study was observational in nature, the researchers worked to minimize any bias between the vaccinated and unvaccinated groups that might explain better outcomes, such as better health habits.

This study provides “scientifically validated real-world evidence for the effectiveness of the vaccine,” said Professor Ran Balicer, Clalit’s director of innovation and one of the study’s lead authors.

Israel leads the world in the global vaccine race. More than half of its population has received the first vaccine, including 90% of those over 60, and about a third of the country is fully vaccinated, according to Israel’s Ministry of Health. After kicking off its campaign on December 20 with healthcare workers and the elderly, Israel earlier this month opened it up to everyone over the age of 16.

The Clalit study findings were similar to recently published research in the UK and by other Israeli researchers that only a Pfizer injection can offer strong protection.

Most countries launched their vaccination programs by targeting the elderly first, but at that time they did not have enough data on their effectiveness to support that measure. The original Pfizer clinical trial, due to its small scale, did not have granular vision for adults 70 and older, according to Balicer.

The large size of the Israeli data set allowed the researchers to look closely at each different age group.

Israel paid a premium for the vaccine and agreed to share related data for Pfizer’s first shipments. It also placed orders with other vaccine companies, including Moderna. Inc.

The aggressive vaccination campaign has paved the way for the country’s reopening. In recent months, Israel has suffered some of the worst per capita infection rates in the world, as many bypassed the lockdowns and, more recently, a British variant of the disease was unleashed.

On Saturday night, Israel began issuing so-called green passports that allow vaccinated people to enter gyms, concerts and hotels. The passes will be used later in restaurants and bars when they reopen in the coming weeks.

—Jared Hopkins in New York contributed to this article.