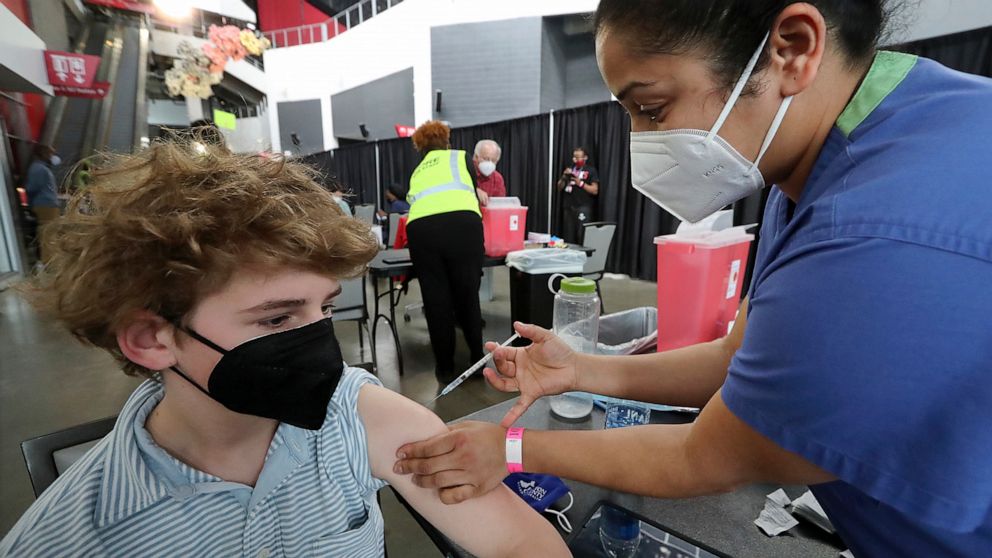 The trial will take place in several phases.

Pfizer is now partnering with Moderna to test its vaccine in younger children.

The company will enroll 4,500 children in a test that will eventually include children as young as 6 months old. Previous trials have studied children 12 years of age and older.

Experts say it’s important to specifically test vaccines in children to ensure they are safe and effective in the youngest members of society, so that ultimately everyone is eligible to receive a vaccine that could save lives.

The trial is also important in protecting children from severe COVID-19 infection or complications from an infection, said Dr. Emmanuel Walter, medical director of the Duke Human Vaccine Institute. Duke University is one of several medical centers participating in the Pfizer trial.

“If you look at the number of pediatric deaths reported in the last year, it actually exceeds that of influenza in any flu season that we generally see,” Walter said.

“We are always concerned that the side effects may be different in young children. They are not just young adults,” Walter said.

On Wednesday, Marisol and Alejandra Gerardo were the first participants in the Pfizer trial.

“I think we are very excited that this is an opportunity for both of us to potentially have access to our children, but also to contribute to the knowledge of how safe this is for children,” said Dr. Susanna Naggie, mother of Marisol and Alexandra.

Other vaccine manufacturers have also worked hard to offer their vaccines to children. Moderna announced on March 16 that it would enroll 6,750 children ages 6 months to 12 years in a clinical trial. Johnson & Johnson has announced its intentions to develop essays for children. Meanwhile, AstraZeneca, which announced encouraging results from phase III trials this week in the United States, has been studying children aged 6 and over in the United Kingdom since February.

Naggie noted that her children did well. As the injection was being given, Alejandra told her mother: “That feels good!”

Tarun Jain, MD, is a chief resident physician in internal medicine and pediatrics and a member of the ABC News Medical Unit.