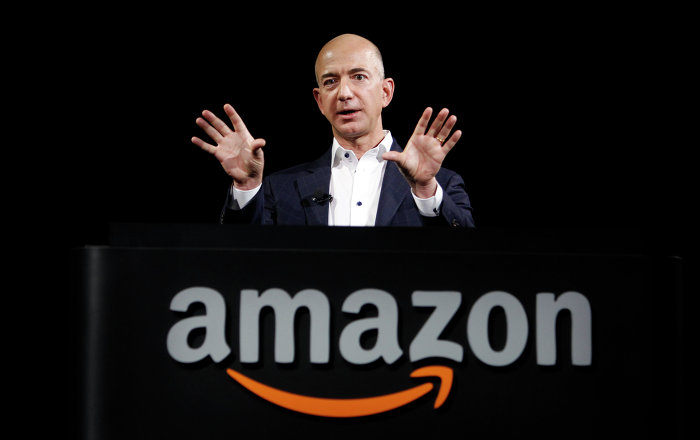 The richest people in the world lost 511,000 million dollars this year, what were the reasons?

Tensions in world trade and concerns about a recession in the United States contributed to the decline of the market at the end of the year. Thus, the 500 people in the Bloomberg Millionaire Index ended up with a combined net worth of $ 4.7 trillion.

However, Bezos had a better year than Facebook's Mark Zuckerberg, who recorded the biggest loss since January with a fall of 23,000 million dollars.

Overall, the 173 American billionaires on the list lost 5.9% of their fortune, which amounted to $ 1.9 trillion in total.

Interesting: Forbes: three Russians enter the list of the most successful billionaires of 2018

The 128 Asian billionaires lost a total of 144,000 million dollars in 2018. The three biggest losers in the Asian region are Chinese. The group is led by Wang Jianlin of Wanda Group, whose fortune decreased by 11,100 million dollars.

The richest person in Saudi Arabia, Prince Al Waleed Bin Talal, who was released in March after 83 days in detention, lost 3.4 billion dollars. Its net value has been reduced by 60% from its maximum level reached in 2014.

In addition: The 'skyscraper index' alerts markets of a global crisis

The richest in Europe also lost several billions of dollars. Germany's Schaeffler family, the biggest shareholders of Continental AG, a manufacturer of auto parts, lost the most. Georg Schaeffler and his mother, Maria-Elisabeth Schaeffler-Thumann, have 17 billion dollars less than at the beginning of the year.

The Mexican Carlos Slim, majority shareholder of the largest mobile telephony operator in Latin America, also suffered heavy losses. Slim, who was once the richest person in the world, now ranks sixth with a net worth of 54 billion dollars.

As for Russian fortunes, in general, they decreased less than the others. The volatility caused by the collapse of oil prices, the intensification of tensions with Ukraine and the tightening of sanctions was partially offset by periodic gains. The combined net worth of the 25 richest people in the country fell slightly, only to 255,000 million dollars.

However, 16 of the 25 Russian billionaires in the Bloomberg index lost net worth in 2018. Aluminum magnate Oleg Deripaska, who remains under US sanctions, lost the most: some 5.7 billion dollars in total.

Gian Marco confessed why he left Peru: "I did not have enough privacy in my country"

WWE: King Mystery is again humiliated by Randy Orton, who continued his punishment against the little wrestler | VIDEO | Photo 1 of 7 | WWE