China will participate in naval exercises with Australia despite bilateral tension 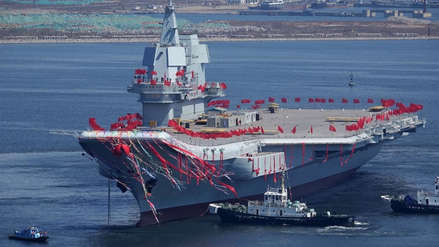 China will participate in a series of multilateral naval exercises that will begin this month in the north of Australia despite tensions between the two nations, sources from the Australian Defense said today.

According to information from Ministry of Defense of Australia the exercises include communications between ships and replacement activities, in addition to maritime training maneuvers.

The ministry clarified that "there are no plans for . ] China participate in live fire activities "in these military exercises, which they consider as an" opportunity to coordinate the regional navies and encourage greater cooperation. "

Exercises and relations between both countries

Military maneuvers , baptized as Kakadu they congregate from August 30 to mid-September 27 nations -as participants or observers- in front to the things of the northern city of Darwin .

China is the main trading partner of Australia although there are tensions in their relations due to criticism of Canberra for the military presence of the Asian giant in the South China Sea and the suspicions of espionage and political interference of Beijing in domestic affairs of the ocean nation.

The Australian Defense reaffirmed in its statement its commitment to maintain "a long-term constructive relationship with China (…) supported by mutual respect and shared interests".

Daniel Ortega: It seems that the influence of the Islamic State has reached Nicaragua

2018 World Cup: What Peruvian products were in high demand in Russia?

How to activate the hidden reaction of plane on Facebook?