Perez: “Nobody Told Me Anything” Stro Calls – About Getting Out of Racing Point Before F1 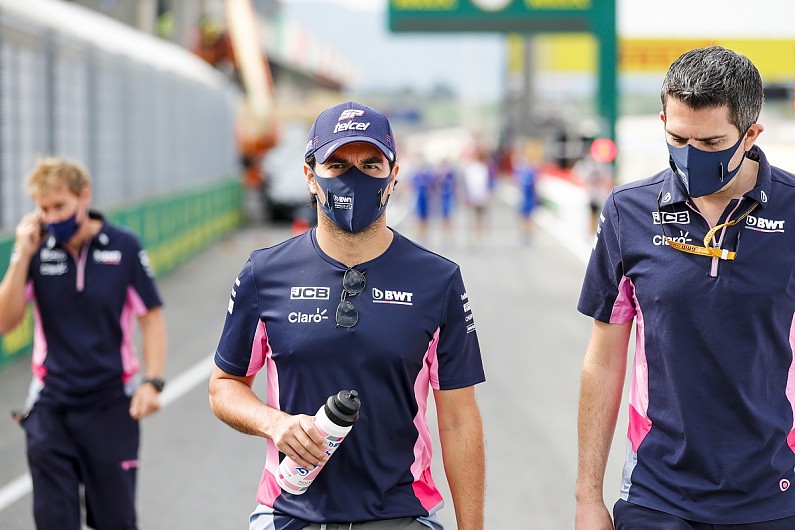 Sergio Perez has revealed that he left the racing point only hours before announcing his exit on Wednesday evening, saying “nobody told me anything”.

Perez announced via his social media channels on Wednesday that he would leave racing points at the end of the Formula 1 season after seven years with the Silverstone-based team.

Racing Point confirmed on Thursday morning that four-time world champion Sebastian Vettel would join Perez’s place for next season, when it would be remade as Aston Martin.

Perez signed a valid contract for 2021 with Racing Point after signing a three-year agreement last season, and felt secure his future with the team last month.

But Perez revealed that he received confirmation from Racing Point on Wednesday that he was leaving during a phone call from team owner Lawrence Stroke, who said the team was heading in the “other direction”.

“No one told me anything, but I already knew and some things were known,” Perez said. “Last confirmation was made yesterday.

“It’s fine. Seven years with the team, I know everything is a start and an end as well. We still have nine races to be proud of each other.”

Perez recently stated as the Spanish Grand Prix that it was “a matter of time” until speculation of Vettel being linked to his seat disappeared, as he was receiving feedback from the team that he would stay until 2021.

“It was the feedback I was getting, that the team wanted to keep me and so on,” Perez said on Thursday.

“There were some discussions in the background about the contract and so on, that I am not ready to disclose because I think those things should remain between the team and me.

“There were some things in the contract that we went through. In the end, he officially told me yesterday that I am not consistent.

Plus: Has Racing Point done the right thing in digging up Perez?

Announcing his exit from his racing point, Perez said he had no plan B because he was not expected to leave the team.

Although he did not wish to say that he felt disappointed about how Racing Point handled the decision, Perez said that greater clarity would help him better plan his future.

“I understand it, this dialogue is going on. It will take longer than they thought,” Perez said.

“Perhaps a little more clarity would have helped about my future as well. Then I would have looked for a Plan B, which might not have changed anything.”

Asked by Autosport what his next move would be, Perez said his priority was to stay in F1, so that he could get a competitive package.

“I think everything is an option right now,” Perez said.

“My main goal is to stay in F1. I think I’m still very young and hungry, and want to pursue Formula 1.

“But it has to be the right package. A package that really gives me 100% maximum motivation to give every single lap.

“I don’t expect to make a decision any time soon. I will need what I need at the time.

“If I don’t find anything attractive in F1, I’ll think about other series, other things, we’ll see.”