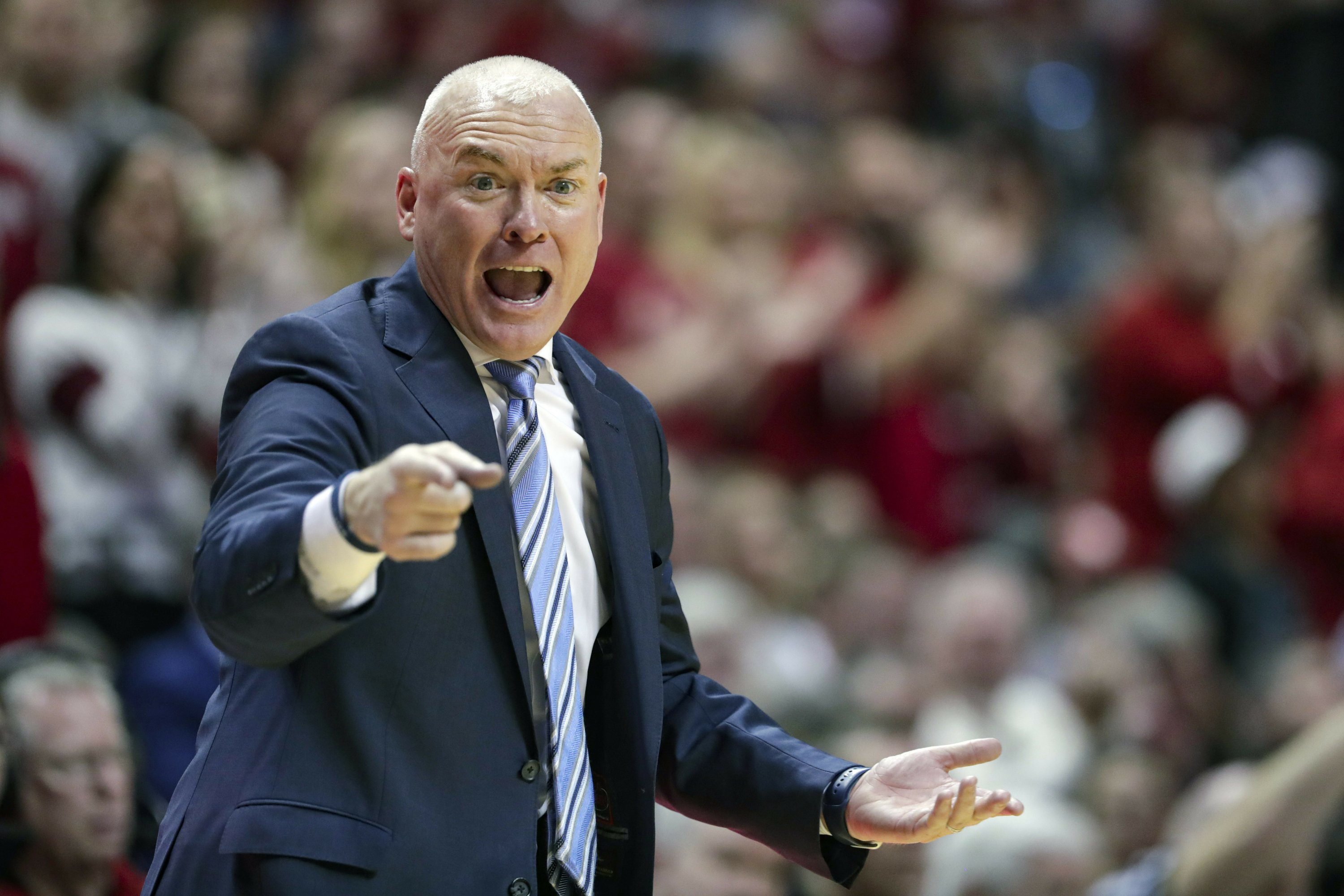 Pat Chambers resigned as Penn State’s basketball coach Wednesday after an internal investigation by the school into allegations of improper conduct.

Chambers, 49, was at Penn State for nine years and had the team’s best season under his direction.

Penn State athletic director Sandy Barbour said during a press conference that she would not disclose details of the school’s investigation, but said the NCAA cases were not part of the investigation.

An investigation by ESPN’s “The Unified” following the July story quoted a former Penn State player as saying that Chambers had made insensitive comments on him during the 2018-19 season, citing Nose.

Barbour said, “As hard as this news can be, President (Eric) Baron and I believe this is the right outcome.”

Chambers was in the midst of a four-year contract with Penn State that runs from the 2021–22 season. He was 148-150 with Penn State, including the NIT Championship in 2018.

In a statement to the online sports network Stadium, Chambers said: “It’s been an incredibly difficult year for me and my family, and we need a break to re-set our path and move forward.”

Penn State finished 21–10 last season and was likely to earn an NCAA Tournament berth for the first time since 2011, as the postmedian was canceled due to an epidemic.

“Coach Chambers has made many contributions to the program and to this university for which we are grateful,” Barbour said. “The team has been on a positive trajectory.”

Barbour said the players were “very disappointed” to find out about Chambers’ departure. Chambers delivered the news.

“Our current players, many of them have good relationships with him,” Barbour said.

Bolton said that during a particularly difficult stretch for the team in January 2019, Chambers told him: “I want to loosen the noise around your neck.”

Barbour said a new allegation arose soon after the story and a review was jointly conducted by Penn State’s Affirmative Action and Athletics Integrity offices.

He said the final report was received within the last two weeks.